Home
TV News
Does Pandora Deserve To See a Season 2 on The CW?
Prev Article Next Article 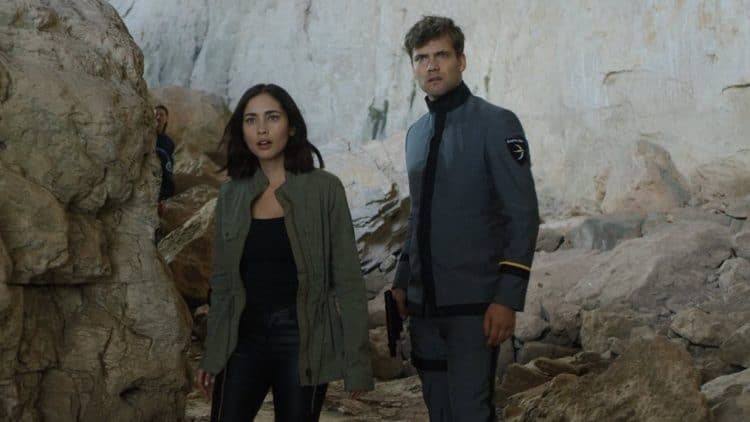 Pandora is a sci-fi show that has had a single season on The CW. Its premise isn’t particularly unusual. However, it is clear that it shares some storytelling elements with other shows on The CW, which makes sense because it is one such show. For those who are curious, Pandora is centered on a young woman named Jax. She has lost much, but she has managed to find a new life at a place called the Space Training Academy, where she and other students are trained to handle both human and non-human threats. However, the show makes it clear that Jax has a special destiny that will see her become either a savior or a destroyer, meaning that she must look into her own past to understand who she is as well as what the future holds for her.

Of course, Pandora is a very evocative name. For those who are unfamiliar, Pandora was the first mortal woman in Greek mythology. In short, when Prometheus tricked the Olympians into choosing the poorer part of sacrificed animals so that the best cuts of meat would be reserved for mortals, Zeus punished them by withdrawing the use of fire from them. When Prometheus proceeded to double-down by stealing fire from Olympus, Zeus had Prometheus chained to a mountain where an eagle would devour his regenerating liver on a daily basis before ordering the creation of Pandora as a punishment for mortals. As a result, the Olympians collaborated to make her beautiful, charming, and intelligent, which is why she was called by a name that can mean “all-gifted.” Once Pandora had been made, the Olympians then presented her to Prometheus’s brother Epimetheus, who was “hindsight” to Prometheus’s “foresight.” Epimetheus accepted Pandora as his bride, which was followed by Pandora opening up a storage jar containing a host of evil spirits to torment mortals. However, there was one last spirit called Elpis meaning “hope” that remained in the jar, though different people have different interpretations about whether she was meant as a source of comfort or a tormenter beyond any of her counterparts.

In case people still aren’t sure who the titular Pandora is supposed to be on the show, it is Jax. In fact, she is outright named as such, which makes for a very unsubtle metaphor to say the least.

How Was Pandora Received?

On the whole, the reception for Pandora doesn’t seem to have been very good. The first episode managed a viewership of about 0.72 million U.S. viewers, which is perhaps unsurprising considering that it is a new franchise without much to convince potential viewers to tune in. However, it is important to note that said figure was the high point of the series so far, seeing as how the following episodes have had much smaller viewerships. Theoretically, it is possible that the last two episodes in the first season could make a comeback for Pandora, but speaking bluntly, that seems improbable, not least because the eighth episode has had the lowest number yet at just 0.46 million U.S. viewers. Simply put, Pandora is no commercial success. Meanwhile, Pandora is no critical success either. In recent times, there are a number of The CW shows that have managed to win impressed responses from the critics, but this particular show isn’t one of them. Instead, the general tone of the critics have been very negative.

For example, the Gizmodo review has a pretty brutal line about it being a mix of Disney Channel original movies and Asylum mockbusters without understanding anything about the elements that make those things fun. Furthermore, it continues by providing a list of weak points that include bad dialogue, bad acting, and a sci-fi setting that manages to be both too bare bones and too conventional, which is a serious problem when mysterious wonder is one of the best selling points of science fiction. On top of that, the Gizmodo review even brings out the age-old criticism of characters doing things because the plot requiring them to do things. Something that is particularly harmful for sci-fi media because a sense of verisimilitude serves to enhance the more fantastical elements by providing them with a believable foundation on which to stand.

Other reviews from other reviewers were no kinder. The Collider review more or less calls Pandora a bad attempt to make a school drama in either the Star Trek or the Star Wars setting, which is pointless when there is so much actual Star Trek and Star Wars media available to interested individuals. Meanwhile, The Hollywood Reporter review makes the suggestion that the storytelling for the first episode of the series was dictated by the availability of sets and locations rather than any kind of coherent plot. This is particularly hard-hitting because it came paired with a bit of mockery about its imagined future being based not on The CW shows of the present but rather on WB shows from 20 years ago, which apparently extends to the references that come out of the characters’ mouths. There is a fair range of criticism directed at Pandora from the various reviews, which suggests that it has a similar range of problems.

Does Pandora Deserve a Second Season on The CW?

Theoretically, Pandora could see enough improvement to turn into something worth watching if it is provided with more time. However, that can be said for just about any show out there, meaning that this isn’t much of an argument for its continuing survival. As it is, there doesn’t seem to be any good argument for a second season, seeing as how it has neither the popularity nor the evident potential to justify such an extension. The fact that it has already reached the TV screen means that it has been given more of an opportunity than most concepts and most creators ever get, which unfortunately, doesn’t seem to have been used very well at all in its case.