Home
Movies
Does Quaritch Return from the Dead in Avatar 2? This Theory Says it Does 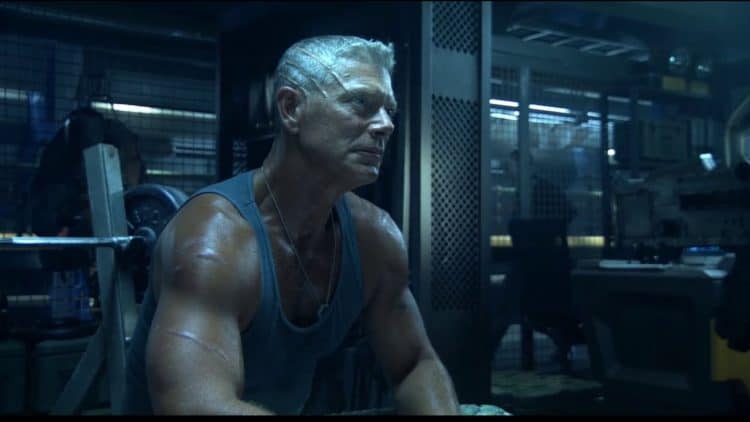 Right now a lot of people are still looking at the idea of Miles Quaritch returning to the world of Pandora with a look of confusion on their face since the last time we saw the overly-aggressive military commander, he had a couple of javelin-sized arrows sticking out of his chest and wasn’t long for this life. But given what we’ve seen of Pandora, and what we haven’t, there are connections on the world and possibly on the other moons about the region, that could possibly bring Quaritch back to life. If anyone’s going to argue that the Tree of Life wouldn’t do such a thing, then one would have to remember that Neytiri even stated that the Great Mother didn’t take sides, as Eywa would simply watch to see who was victorious. There’s a bit of hypocrisy there to be certain since a force of some sort summoned the many different creatures that we’d already seen to attack the military forces that were attempting to destroy the Tree of Life at one point, meaning that as neutral as the force known as Eywa is said to be, the planet was still bound to react to the invading force at some point if they came too close to a sensitive spot. In a way, Quaritche’s forces were treated as an invading virus, and the planet sent its best defenders into the fray finally since it was obvious that the infection had gone too far and drastic measures were needed.

But then we need to think, did the Na’vi bury Quaritch? Or did they leave his body for the scavengers to feast upon? Given how many different ways exist on Pandora for a connection to be made with a sentient being, it’s hard not to think that the theory that Quaritch might have been discovered by an enemy to the Na’vi is nonsense. In every system, there’s bound to be at least two sides that oppose one another, as whether it’s a human understanding of the concept or a primal need to separate ourselves from those with different ideologies, it happens that people will form different groups with different beliefs. So then what about a group of Pandora residents that don’t happen to like the Na’vi? True, it would mean making their way into enemy territory to recover the oddity that was Quaritch, but if there were eyes watching the battle and saw Quaritch fighting the Na’vi, it’s easy to think that such an enemy might think that an enemy of their enemy could be an ally and that death wasn’t going to be given the final say.

This theory is still a bit of a stretch since we don’t know what’s coming up in the sequels just yet, but there is word that Sigourney Weaver is coming back as well, so it could be that death doesn’t hold as much sway on Pandora as we were led to believe. But how she comes back will be extremely telling since otherwise without the ability to die it does feel as though the story might continue on and on without any real danger to anyone, since a couple of characters have died in pretty important ways, and to think that they would be brought back, which they won’t most likely, is enough to elicit a grimace since without any consequences or danger in the story then it becomes less impressive and moreover, less realistic and less meaningful since the Na’vi are quite well-versed in the whole idea of giving back to the world they were born upon, transferring their energy to the soil, and so on and so forth. Cheating death would be a bit hypocritical, though if Weaver’s character does come back it could be considered a miracle or an abomination, as Quaritch’s return will surely be considered the latter. To think that there might be another faction on Pandora that doesn’t enjoy the humans being there but doesn’t get along with the Na’vi is kind of interesting to think about, especially if they too can use the many connections that are there to be accessed within nature.

To be fair, Quaritch is the big bad of the first movie since he’s the only one that really has it out for the Na’vi. Everyone else is following orders, whether they agree with them or not, and don’t carry as much blame. But bringing him back makes it clear that he’s going to be more of a tool, a puppet that will be looking to cut his strings at the first chance he gets. It should be interesting to see him back, but hopefully, he’ll still have enough prominence in the movie that he won’t be glossed over and then lost in the background. That doesn’t feel likely, but in order to highlight a new threat, it might happen.