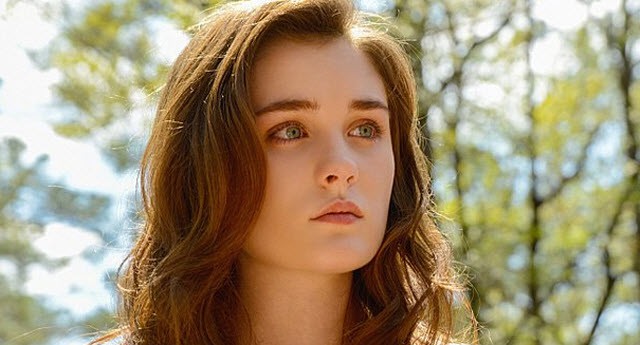 Last week it was raining acid, this week pigs are dropping dead on Under the Dome. Â Rebecca is still the worst character, arguably surpassing Big Jim as the most hated character and she’s only been on a few episodes so far.

Why is Rebecca so terrible, you ask? Â Well, she proposes that Jim release a swine flu virus into a water source in Chester’s Mill. Â Jim is even shocked that she’s ready to shake the proverbial tree already but he leaves it up to her to do the dirty work. Â It isn’t until she’s about to pour the virus into the holy water at a support group meeting in the church of all places that she has a change of heart. Â At first I thought maybe seeing the single mother Harriet with her baby and voicing her unwavering faith is what changed Rebecca’s mind, but no. Â She overheard the farmer telling Harriet that more than a dozen pigs have died. Â Rebecca thought it was only the one pig whose blood she drew a vial of, but this news means the virus has mutated and could be more dangerous than she initially thought.

As much as Julia hates Jim, she sure believes everything he says. Â He tells her that Barbie approved of the plan to release the flu virus, and she believed him! Â She won’t even talk to Barbie when he shows up on her doorstep that night to talk, instead locking herself in her house with Sam, who appears to be Angie’s killer if the scratch marks on his shoulder mean anything. Â This is pretty predictable now because of course Julia will realize that Sam’s dangerous sooner or later as she gets closer to him and it’s too late. Â Then Barbie will have to save the day if and when Julia figures out the truth and Sam turns on her.

For now, Barbie’s busy working to solve the Melanie mystery with Joe and Norrie. Â They’re able to go through the microfiche reader at the library to read newspapers from 1988 in the hopes of learning anything about Melanie Cross. Â One article states that she vanished and was never seen again, shortly after her family moved to Chester’s Mill from Zenith, which just so happens to be Barbie’s hometown. Â That’s how they swore they both looked so familiar to each other but it’s still unclear if they have any more of a significant link.

Their next stop is her old house to try to jog anymore memories from her. Â In the woods behind the house, she has flashbacks to her death in the same spot. Â She was out with her boyfriend Sam, and Pauline and Lyle. Â They were possibly the original group of four teens to find the mysterious “meteor” which cracked open and revealed an egg. Â Melanie remembered she felt an urge to protect the egg so she grabbed it but someone (either Sam, Pauline, or Lyle) pushed her down where she hit her head and bled to death. Â Melanie, Joe and Norrie summed up all the relevant questions with this new revelation.

Norrie: “And where are your bones?”

All good questions with answers in due time, I’m sure. Â Melanie’s death is just added to the list of unsolved crimes on the show, right under Angie’s recent murder. Â Junior thinks Lyle is responsible for Angie’s death after Lyle knocked him out and ran away with Pauline’s journal that could potentially hold the key to the future events of the dome. Â Unless Pauline’s drawings include a way out of the dome, Lyle can run but there’s only a limited number of places he can hide until Junior and the gang find him.

Overall we got more questions than answers, but there’s still plenty of time in this season and hopefully beyond. Â What did you think of this episode? 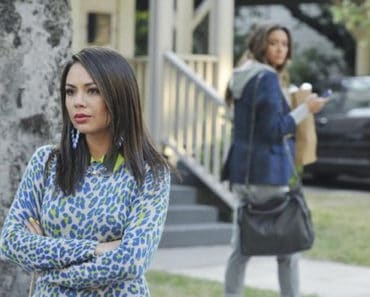