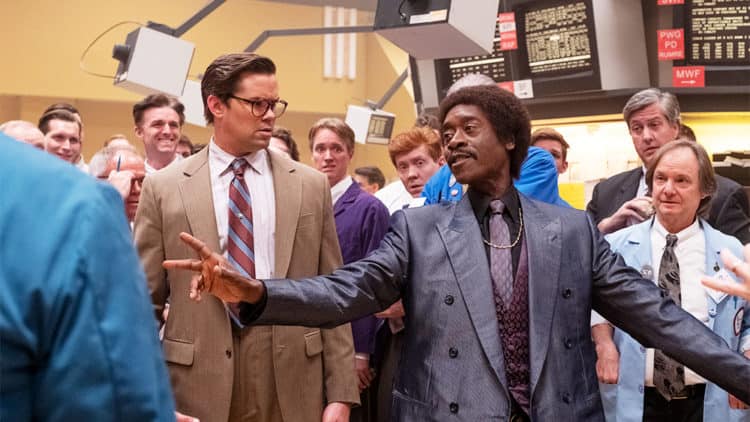 Thinking of Don Cheadle as a villain is kind of difficult given all the heroic and otherwise neutral parts he’s played in the last couple of decades. The guy knows how to fill the hero role, whether it be reluctant or militant, and seeing him as anything but a good guy is sometimes a little unnerving since he can step into such a role easily, but it’s still kind of hard to fully accept. What’s even harder to accept is that Space Jam 2 was even brought up as a serious idea at some point since the first one was great enough to have been a one-off. But this is Hollywood obviously, where creativity and innovation don’t always equal out to moving forward, but looking back and trying to make something new out of an old idea. Sometimes it works, and yet sometimes it serves no other purpose than to see if someone else can do it better. As Neeraj Chand of MovieWeb has already stated, Cheadle can’t really speak to what character he’ll be playing in the upcoming movie, but it does sound as though he’ll be taking on a voice role, much as Danny DeVito did for the original movie. But if the MonStars are coming back it kind of begs the question as to whether the little aliens from the first movie are being enticed to return to their villainous ways or if they’re even going to be included this time around. Plus, the idea of using LeBron James is something that might have the approval of a lot of people, and it’s not the worst idea in the world, but why not come up with a new idea instead of building on an old one?

There are likely to be plenty of answers for this since the original movie left an opening for a sequel that could possibly come along and threaten the world of the Looney Tunes again, but this time around it would almost feel as though they’d be better prepared and might even find a way to take care of things on their own. This was one of the most confusing things about the first movie since the Looney Tunes have been showing us for so many years just how effective they can be against pretty much anyone, especially given that bodily injury and grievous harm are things they tend to deal with on a constant basis. That should have meant that they could have taken on the MonStars with or without Michael Jordan, though the added confidence that Jordan delivered was pretty needed to be fair. It’s bound to be the same this time around with LeBron, as the whole idea of the Looney Tunes enlisting aid is that they believe they need it since they’re not exactly athletes. One has to wonder though if they’re at least going to mention Michael Jordan in this next movie, perhaps just long enough to state that they can’t ask him to do any more since he’s aged quite a bit since the last movie. It’d be nice to see a nod to Jordan all the same. Deron Dalton of Tylt has a little something more to say on this.

But wondering what kind of villain Cheadle will be playing is kind of interesting since it tends to indicate that he’s going to have to be more devious and possibly more charismatic than DeVito’s character considering that back in the day the crass, cigar-smoking boss of the MonStars was pretty standard for a 90s villain, at least in one sense. This time around it might be that Cheadle’s villain will be a little more cultured and suave, or perhaps just flat out devious. It would definitely fit with the times it feels like. But as you can imagine, the movie is kind of stalled at this point since the lock down and the inability of any studio to get up and running again is doing a serious number on Hollywood, and the continued quarantine is likely to keep anything from moving forward for a while to come since there doesn’t appear to be an end in sight just yet. Some might want to point to the newscasts that China is actually experiencing a bit of good news as life has slowly but surely started to go back to what it was, in some sense. Unfortunately that news tends to get buried a bit since the doom and gloom brigade that is the media tends to focus more on the problem than on the possibility that there might be an end to it at some point. One would think that a lot of people would be more inclined to pay attention to the good news since the bad news isn’t going anywhere. Sean Martin of the Express might actually agree with me on this one.

In any case, Space Jam 2 is going to have to wait for a while to make its appearance on the screen, just like anything and everything else.