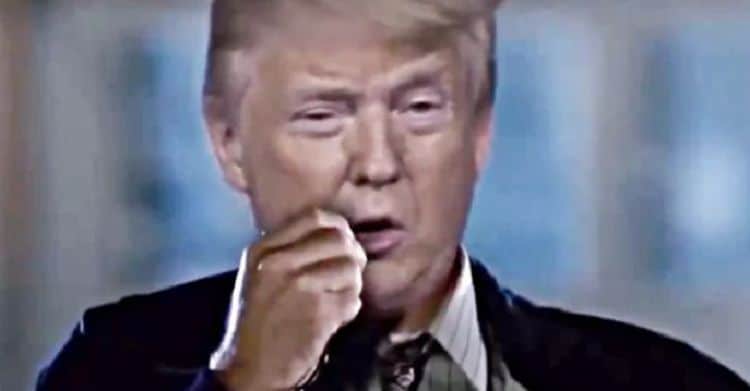 In a way Kevin Burwick of MovieWeb is pretty fair in how he hands out his own opinion of President Trump’s attempt to share this video of him ‘taking over’ Bill Pullman’s role in Independence Day, but it’s easy enough to imagine that Bill Pullman didn’t care for it all that much. From the actor’s standpoint that’s fairly understandable since whether it’s a joke or not or is something that’s being made as a serious attempt at re-election, Trump is being a bit shameless by sharing it so widely. Is there any harm in it? That kind of depends on who you ask since to be serious it’s a line from a movie and the context is still about humanity vs. an unknown enemy, which some could label as the coronavirus but many thinking individuals might recognize is silly since the movie was dealing with an external threat. Unlike the coronavirus the people in Independence Day saw the threat coming, they were just too awestruck to get out of the way. In reality, people saw evidence of the coronavirus coming, but instead of being continually informed and updated they’re being treated to opposing sides that should be working together but, due to many political and likely personal reasons, are being divided in a time when unification should be the shared goal. There are truly days when one might almost wish for an alien invasion to come along so that humanity would finally realize that banding together makes us stronger than staying apart ever could.

As for Trump’s continuing pop culture parade, it’s an election year and he wants to look as good as he can, which is odd since depicting himself as Thanos doesn’t really work to inspire a lot of people given that the mad titan was the bad guy in the story. But apparently the POTUS is doing what he feels is necessary and as a result his videos are going viral and people are responding. Bryan Alexander of USA Today has more to say on this matter. At this time, much as it’s been for the past four years, people are divided in a way that is hard to fathom since from one state to another people are finding it necessary to support or vilify Trump in numerous ways, while those that don’t care for him but aren’t going to actively stand against him either remain silent or give their opinion when asked but otherwise hold back. It’s a touchy time right now in the US since voicing the wrong opinion is bound to bring about a verbal assault that might end in a person being called any number of names no matter if their opinion was asked for or not. Some say the current president is the most divisive this country has ever had, though there are plenty that would point out that he’s no more troubling than some of those that have stood with the Democrats in their time. In all ways it’s an argumentative mess that has yet to be sorted out.

The continuous hilarity that is the world of politics is unfortunately something that the American people allowed to happen as the beginning of the system might have been filled with good intentions and a desire to work together to create a nation that was amenable to everyone. Obviously this didn’t work out early on as plenty of people have been trampled upon and others feel as though they have been, even to this day. The circus, the swamp, whatever a person wishes to use to describe the current landscape in Washington D.C., has only been growing worse with each name added to the various rosters and offices year by year. There are precious few individual that have gone to D.C. and not made a compromise in the long history of the US, and the saddest part is that many will rush in with a plan to compromise so as to gain the upper hand ‘in the name of the American people’. David Davenport of Forbes has something to say about this. This action by President Trump isn’t too surprising and it’s not the worst thing that a president has ever done while in office. Realistically it’s a bit silly but not above and beyond anything that’s ever been perpetrated by a sitting president. Likely as not any and all detractors that Trump has, and there are plenty of them, will look at this as another way to announce that he’s off his rocker or perhaps less than suited for office. He’s not perfect, that much is obvious, but at the same time it does feel as though it might be better for people to find a way to come together during the pandemic than continue to find ways to remain apart. In some ways though, there are times when Trump tends to act like the drunk guy at the bar that thinks he can take on anyone, but in the end is just making himself look ridiculous while his supporters stand in front of him.