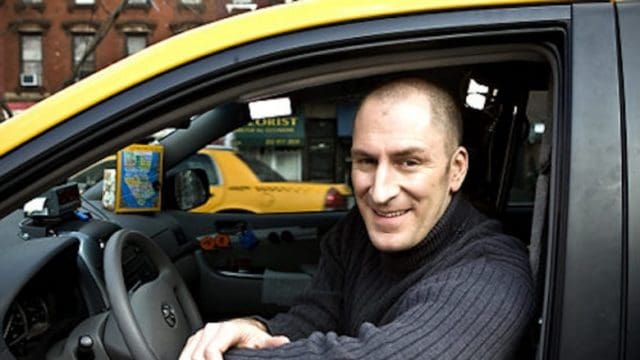 This fall the Discovery channel is going to be bringing back several favorite shows to its lineup that a lot of people are excited to see making a return. Some of the shows have been around for a while and some are those that fans have been wanting to see make a comeback for some time. The two that a lot of people are excited to see getting another chance are Cash Cab and Gold Rush. As far as reality shows go both of them are fairly entertaining and Cash Cab at least tries to engage other people in what seems like honest conversation in an attempt to discover the answers to the questions being posed. Gold Rush seems like a hard and very trying effort to make the kind of money that some people only dream about in some of the most remote locations. Regardless, both shows are coming back and will be getting a slight upgrade to their original look.

With so many cabs in New York that you could step into, getting into this one seems like the luckiest day of your life so long as you have a head full of knowledge and the ability to recall certain obscure facts that could help you to win money and have a good time doing it. It occurs to me though that this show would have to be a bit staged since a lot of people hailing cabs are doing so to get somewhere in a relative hurry. Maybe it would be better if someone was trying to contact an Uber or Lyft car in an effort just to get somewhere in something less than a maniacal hurry.

The show is actually very entertaining but as far as reality goes the odds of people actually getting into this cab and not wanting to hurry up are fairly low. You get a cab to transport you from point A to point B, and I’ve yet to see an episode in which a person got out when they figured out the nature of the cab and the fact that they were stuck for a while depending on where they want to go. But then again, the cabbie is still taking them where they want to go but is fully engaged in asking the various questions that could earn them a good deal of cash. But what if a person gets in and then wants back out? Do they count those as bloopers? Oh yeah, and this new season will be featuring a run in with a different celebrity every so often on the show. That could be wild.

There’s already a head to head contest on this show and it doesn’t even come back until October. Todd Hoffman has bet 22-year old Parker Schnabel that he’ll pull in the most gold this season. The wager is for 100 ounces of gold valued at about $100,000. If Todd can’t put his money where his mouth is this could be a disappointing season, for him at least. Â It’s bound to still be an interesting watch, the show is number one on the Discovery channel for a reason after all.

This fall is bound to be highly entertaining over on the Discovery channel. Go on and check it out in about a month or so.