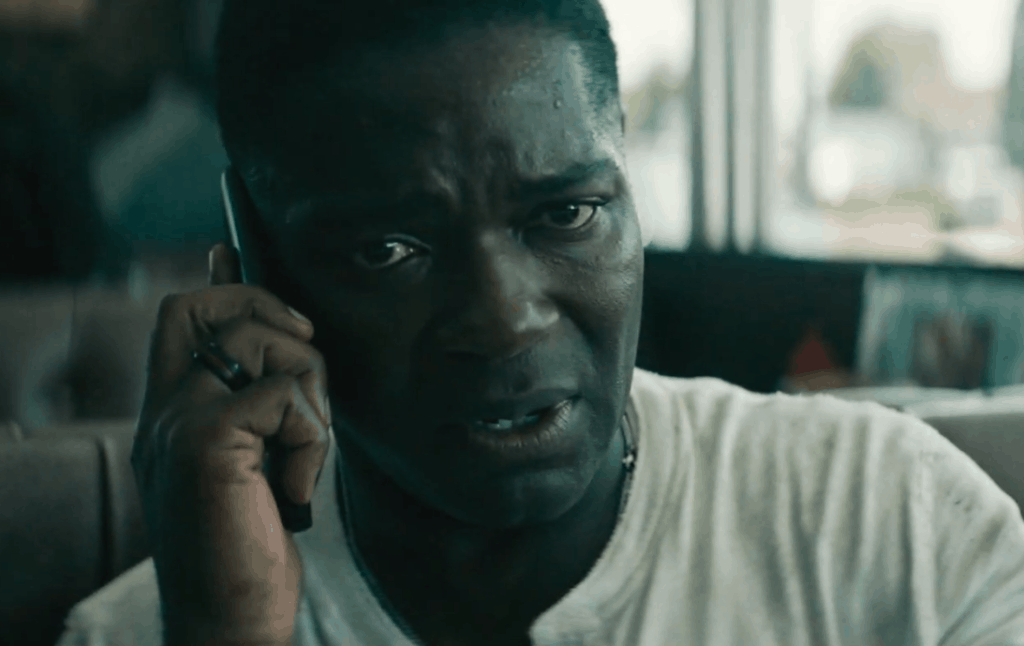 Before the Academy up and actually did something about it, representation of actors of color among the year’s Oscar nominees — regardless of the strength or worthiness of their performances — was atrocious.Â  It’s the whole reason for the #OscarsSoWhite backlash in the middle of the current decade and why the Academy has radically restructured who they allow to vote on the Oscars in the first place.Â  But in the two-year period when the Academy was weathering the backlash but not actually doing anything about it — including one memorable year when not a single one of the twenty acting nominees was anything other than lilywhite — a tremendous class of Oscar-caliber actors went overlooked and underappreciated: none more so than David Oyelowo, whose transcendent performance as Martin Luther King Jr. in Ava DuVernay’s Selma (2014), by rights, damn near should have walked away winning Best Actor by a country mile.

What’s even worse than that one-time humiliation, however, is the trajectory his career has taken in the years since, with his only notable turn on the big screen coming from A United Kingdom (2016), a biopic about Seretse Khama, heir to the throne of Bechuanaland, centering on the events surrounding his controversial interracial marriage following World War II.Â  But judging from the force of advertising, his most well-known feature post-Selma is Gringo (2018), a scathing indictment about the opportunities made available (or, in this case, unavailable) to the immensely talented class of minority actors.Â  And for this and other cringe-worthy roles, I’d honestly given up on Oyelowo as a major actor: not for lack of talent — the man is clearly one of the best thespians of his generation — but due to simple casting decisions made before the man could ever step foot in front of the camera.Â  The days of Selma-level roles, it seemed, was over.

Only now, following the surprise reveal of Blumhouse’s first trailer for Don’t Let Go (2019), I’m hopeful that Hollywood will finally get around to taking a second look at Oyelowo.Â  In the film, which plays out like a time-condensed remake of Frequency (2001), Oyelowo plays the detective uncle of a young woman who is gruesomely murdered.Â  Two weeks after her death, however, Oyelowo gets a call from her, from the past (a scant few days before her murder), seemingly giving him one last desperate chance of saving her life by working with her to solve her not-yet-set-in-stone murder.

The movie, to put it mildly, looks great.Â  Although hardly playing King this time around, Oyelowo seems to have a meatier, showier role here than he has at any point over the past half-decade.Â  The premise, though clearly borrowed from the aforementioned Frequency, is ripe with dramatic possibility and interestingly switched up by the accelerated timeline of events (here taking place weeks, rather than decades, apart).Â  And while Blumhouse does swing rather wildly in terms of its movies’ levels of quality (at times giving us masterpieces like Get Out and Whiplash, at times giving us Ma or The Lazarus Pit), their output is, if nothing else, profoundly interesting, and seemingly delivers far more often than it stumbles.

In a way, Oyelowo ending up at Blumhouse’s door is itself another indictment of an industry that has consistently overlooked this should-be A-list actor.Â  Their business model — which seeks to minimize costs at every possible stage of production — is specifically tailored to tend to the needs of jaded burned-out and overlooked talent tired of the Hollywood system.Â  The trade-off for the slim-pickings budget is that the filmmakers will always have final cut of the film, freeing them to make exactly the kind of movie that they want out of what they can pull from Blumhouse in the meantime.Â  It means working under intense restrictions, granted, but it also means not having to give in to every studio executive’s errant whim, which is certainly something.

Now, I love Blumhouse in general.Â  I further love exactly what it is that they stand for within the industry, allowing the discarded Hollywood underclass to finally make the movie that they’ve always wanted to make.Â  For these two reasons, I always make whatever effort I can to support their releases, even when they might otherwise look a bit suspect on the surface (see again: Ma).Â  But Don’t Let Go actually does look legitimately good.Â  Frequency was always one of my fondest childhood memories in a movie theater (not to mention an all-time favorite movie of my father’s), and this certainly looks to be cut from that same illustrious cloth.Â  Mark this one down, Folks, because this definitely looks like a movie that a lot of people are going to want to see.