Home
TV News
Don’t Worry, You Can Still Get Your Charlie Brown Holiday Specials on TV 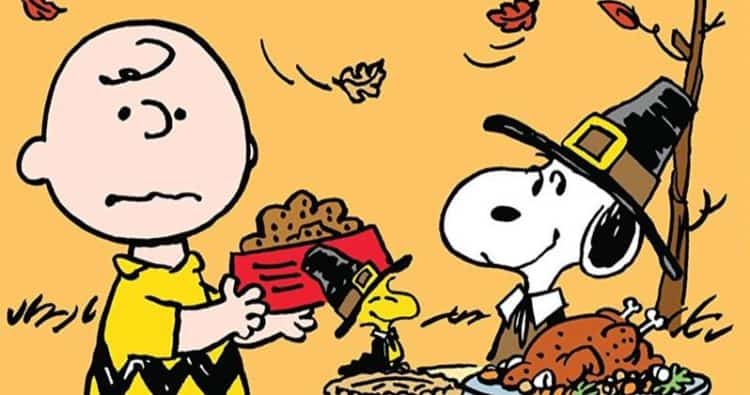 The simple word ‘petition’ is starting to become something of an issue when it comes to people getting what they want since the Charlie Brown holiday specials that were sent to Apple TV+ this year are coming back to regular TV after thousands of people raised a stink about their traditions being upset when the specials moved to streaming. Granted, upsetting traditions is irritating and altogether hard to deal with, but one really has to wonder what kind of precedent is being set when people can moan and complain and get their way with just about anything. This is the kind of behavior that we’re often dissuaded from as children, and yet it would appear that people are being given the attention and the results they want at this point in some ways when it comes to entertainment since the Charlie Brown specials will be airing on regular television and they’ll still be on streaming as well apparently. In the spirit of tradition though it will be nice for those that can watch the shows that they’re used to every year, but if it’s not available as of next year don’t be too surprised since streaming doesn’t look to be going away, especially in the face of the pandemic if it keeps looming as it’s been for the majority of 2020.

A lot of us can probably remember back to the days when we would turn on any number of holiday shows and enjoy them no matter how many times we’d seen them since whether a person wants to call it habit or tradition these shows have been with us for decades. It does sound as though more holiday specials are going to be produced when Charlie Brown and the gang are seen on Apple TV+ since Earth Day and back to school might be added in as well. That last one might be a little divisive since not everyone is getting to go back to school in the same manner at this time as many kids are still being taught through Distance Learning, which as become a giant headache for many parents that need to work but still need to keep their kids in school as well. To say the pandemic has been a destructive and disruptive force in the lives of pretty much everyone at this point is hard to deny, but the hope is that there will be a way to send kids back to school eventually. As for Charlie Brown and the Peanuts gang it’s bound to happen that we’ll be seeing plenty of them as they make the transition from cable to streaming.

It’s likely that things are going to change as well since Franklin, the most prominent POC on the show, has been the subject of a bit of controversy over the past year or so since it’s the trend that’s been going around that some shows aren’t nearly inclusive enough has touched Peanuts as well. One scene in particular had Franklin sitting by himself on one side of the table in a holiday episode while there were three of the white kids and Snoopy on the other side and one white kid at each end of the table. He’s been seen as a divisive character for a while now and there is a question as to why he was put by himself in that infamous image but it’s also to the point that any overt racism is still hard to see or hear in the Peanuts cartoon since the unfortunate casual racist attitudes might be there, but many people have let them slide over the years. While it’s not right in the least bit, one has to wonder why it’s just now starting to bother people and that no one has spoken out about it in the past. Some might say they have, but if it bothered them that much then they managed to get over it as their convictions must not have been that strong. Some would say that it’s a cartoon and not worth fretting over in this manner, which would create a pretty heavy argument without any doubt that would rest solely on those that would deem that it’s NOT that important. The main point here is that Franklin has been the sole POC on the show for a long time and yet it does feel that people have taken this subject around the bend and back without wanting to discuss so much as vilify the show and everyone that watches it over the issue.

How a person enjoys this cartoon is up to them, and if they wish to find every possible negative arc then they’re bound to find it. But when it comes to Peanuts and their holiday specials the upside is that for those that still enjoy them, they’ll be on regular TV this year, so no worries.