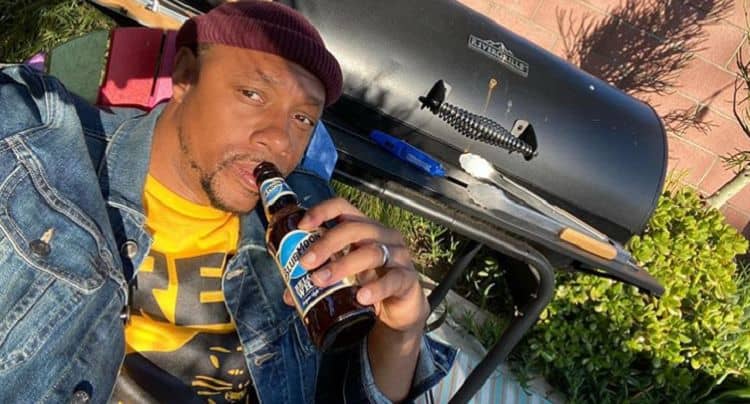 If you’re not aware of Dorian Missick, are you even living right now? He’s the amazing Damian in “Six Degrees,” though you might be one of the few who know him less by his face and more by his voice since he’s the man behind the voice of “Grand Theft Auto,” which is huge right now. Either way, he’s an actor who is bringing his A game to every role he plays, and his fans are growing more and more in love with him by the day. If you know, you know. If you don’t, it’s time to know, and we have some seriously fun facts for you about the man who is taking the world by storm one role at a time.

He was born and raised in East Orange. He’s a Jersey boy from start to finish, but he didn’t live there his entire life. For a time, he was living elsewhere with his family. They moved to Plainfield when he was younger, and they lived there until the family moved to Decatur, Georgia for a time. The family eventually ended up back in the northeast and they raised the kids in Brooklyn in New York. He’s been all over the place, but most New Jersey and New York with a touch of the slow, simple, sweet south thrown in between.

He is one of four kids in his household. His parents had him and then adopted twin girls who became his sisters. He also has a brother who is a half-brother. His parents marriage did not work out, and that is why he ended up with a half sibling a bit later in his life. We don’t know what the age difference is between himself and his siblings, but they do seem like they get along well and have been close.

3. He Got a Job at his First Class

When he decided that acting was definitely the gig for him, he began taking some acting courses. Those courses were good for him because he went to his first class and got a job. Some people don’t get a job when they’ve been in acting classes for years. He was able to do this with ease and without any issues in his life, and it’s been something that’s worked out quite well for him. A job immediate into his classes.

He and his wife have been together a number of years, though we don’t know exactly when they first made it official. Those who are in the public light aren’t always looking for ways to make their lives more public, and though he does a good job of it, he probably didn’t want people speculating about his new romance before he was sure it was one that would last. What we do know, however, is that he is a man who has been married to his wife for 8 years — February 2012 is when he married Simone Cook.

He is a man who knows that success is not something that you get without appreciation. He appreciates all the people who appreciate him. He’s always quick to thank those who are appreciative of him or who offer him a compliment. He comes across on his social media platforms like a guy who has some serious gratitude.

6. His Wife is Famous

We mentioned earlier that Dorian Missick is a married man, but did we mention he’s married to Simone Missick? His wife is an actress, too. She’s known for her role in the Marvel Cinematic Universe in Luke Cage, where she plays a detective. She’s been in the business almost as long as he has, and they have been good together in their work, their private life, and everything in between.

When an actor who is in the limelight as much as he is can keep their private life private, it’s a big deal. He and his wife have been able to keep much of their life together quiet and out of the spotlight. They don’t make a scene everywhere they go, they don’t end up in tabloids, and they don’t discuss their personal lives in any great detail. That’s a very nice thing in a world where everyone’s lives are constantly on display with social media and the like.

8. His Net Worth Is High

When you’re an actor and a producer and so many other things, you tend to make a decent living. He’s a man who has done just that with all the work he’s been doing. His current net worth — estimated as of 2020 — is a staggering $49 million. This is so expressly impressive because there are so many people who are more famous than he is who have a much lower net worth.

As a married man, you have to have a sense of humor. Marriage is no fun if you’re serious all the time, and who wants to be with someone who can’t laugh, have fun, and enjoy the moment? He’s a man who likes to say he’s his wife’s arm candy — or man candy — when he accompanies her on any red carpet when they have something to see or promote. He seems to really enjoy being with her, and they seem really happy together if their humor and their body language are saying anything at all.

10. He and His Wife Have a Tradition

Any time he and his wife have to go their separate ways for work, they are always going to say goodbye with an embrace, a kiss, and a prayer. It’s what they do, and it’s their thing. They always miss one another, and they always count down the days until they are together again. They have so much anticipation for the days he sees his wife again, and she feels the same about him. Their time apart is for work, but they don’t like it.