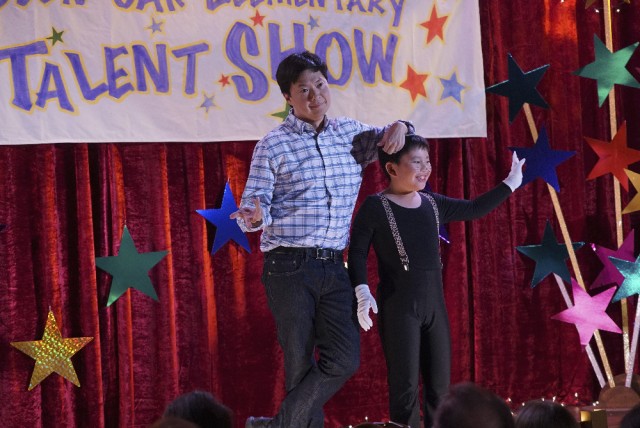 Blink and you’ll miss it, but there’s a bit of a multi-camera sitcom revival happening right now – and no, I’m not talking about the typical CBS or TVLand show. In the last two years, there’s been a surprising boom of quality studio sitcoms across numerous networks:Â UndateableÂ andÂ The Carmichael ShowÂ on NBC,Â Ground FloorÂ on TBS (cancelled, but replaced byÂ ClippedÂ andÂ Your Family or Mine), and evenÂ MomÂ on The Big Eye itself (though CBS still airsÂ 2 Broke Girls, so not all is forgiven there).

Unfortunately, Dr. KenÂ is not among those new shows: it’s much closer to offerings likeÂ One Big HappyÂ orÂ Mr. Robinson, leaning on the louder, hollower end of theÂ recent influx of stage comedies. It cleanly embodies everything audiences have rejected multi-camera shows for single-cam in the last decade, packing in the canned laughter in between scenes that mistake “volume” for “humor,” then tacking on a predictably saccharine ending once it realizes its 22 minutes are up. Unfortunately, it all comes at the cost of co-creator and star Ken Jeong, whose manic energy is turned up to 11 for the entirety of the episode, reducing each and every scene to a desperate attempt to garner laughs from its star, which feels moreÂ and more forced with each passing moment.

It’s a disappointing result. As important asÂ Dr. Ken‘s construction as a comedy with an Asian-American star – who also has some creative control over the series, as stated in press interviews this summer – may be, the series is a disappointment almost immediately. I mean, how do you waste a Stephen Toblowsky guest appearance with a bunch of jokes about hemorrhoids? Of the first 50 words spoken on the show, “hemorrhoids” counts for about a dozen of them. ItÂ gets no better from there, moving from Ken’s job at the hospital to his wife’s job as a therapist, which is introduced by having Ken on her patient couch, begging for her to give him a topless session.

This is the kind of humor thatÂ Dr. KenÂ peddles. Every opportunityÂ Dr. KenÂ has to aim at the lowest comedic denominator, it fires blindly. Most of this centers on Ken Jeong’s character, who is about fourteen shades too wacky to feel like an actual human being, embracing too much of the sensibilities of his guest roles in things likeÂ The HangoverÂ films or later seasons of Community –Â rather than say, the first season ofÂ Community, where he was an angry Spanish teacher trying to get over a divorce. Here, he’s just an arrogant doctor who refuses to listen to any of the women in his life, trampling over everything until he sheepishly apologizes near the end, and everyone smiles and hugs a little (Dr. KenÂ achieves this by getting him arrested in a gay club for accidentally trying to purchase ecstasy, a story that is as pandering and pointless as the broadest of details suggest).

The worst sitcoms are those that feel entirely artificial. For all its adherence to musical performance and brash humor,Â UndateableÂ is a show that finds balance in its characters shared journey through adulthood and their search for self-definition. These notes don’t have to be heavy-handed, but help give some depth and texture to the normal construct of a stage sitcom:Â Dr. KenÂ tries to do no such thing, lathering on trite elements of family comedy between scenes of Dave Foley saying vaguely racist things, or Trisha Campbell-Martin and Jonathon Slavin being openly wasted as members of the main cast. With such comedic talent in front of the camera, one would think the formula for success would be simple. However,Â Dr. Ken,Â with its focus-group humor and pandering performances, is as forced and empty as anything to debut on network television in 2015, in such a way it seems nigh impossible for the show to recover. 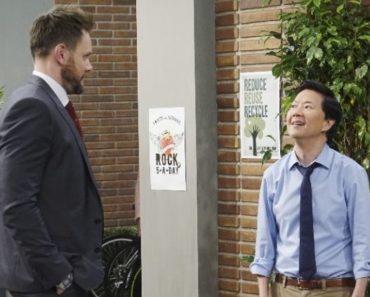