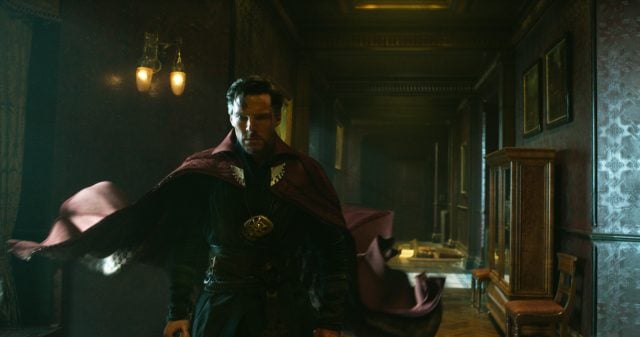 On America’s biggest night, where the possibility of Americans immigrating to Canada, I chose to go to the movies here across the border. Am I biting my nails at the possible result of the presidential election? Yes. Then again, this is not a blurb about politics. Let’s get to talking about Dr. Strange, shall we?

I saw the film in 3D. Now, I would remind you that I am very iffy about 3D movies. If it’s not well done or if there’s too much of it, I will have pretty much zoned out completely. Dr. Strange, however, though it has quite a lot of 3D effects, it was a pleasure to watch on the silver screen. So, good job, Marvel and loved the whole soul out of body effect.

Benedict Cumberbatch did an excellent job portraying the role of Dr. Stephen Strange. There was a hint of Sherlock Holmes in his character throughout the film. From his hospital scenes to his journey of learning the mystic arts, I can see a bit of the consulting detective in them. I cringed at the car accident that rendered his hands useless. That goes to show that we must always keep our eyes on the road and not stare at our phones.

The film also had humorous moments. I was laughing along with the other moviegoers in the dark theater when Benedict cracked a joke, or another character said something funny. I can’t believe that one could get wifi signals in Kathmandu. Also, the part where the levitation cape came to life was hilarious. It reminded me of Aladdin’s magic carpet.

When the cloak wrapped itself around one ofÂ Kaecilius (Mads Mikkelsen)‘sÂ Zealots, I couldn’t help but laugh out loud. Another funny moment was when Benedict used his newfound powers to take books from the library. That and watching Wong (Benedict Wong) listen to Beyonce.

I loved the way that Tilda Swinton’s character, The Ancient One, used the mystic arts. I know that it’s not real, but it still looked incredibly cool. She kicked butt in this movie, shame her character had to die. I also can’t help but feel that the producers took a page from Inception‘s book with the buildings 3D effects. Oh, and I don’t think Tony Stark is going to be very pleased with the way that Kaecilius manipulated his building.

In conclusion, the film was a joy to watch. I look forward to the day when Dr. Strange will join up with the Avengers. The extra scene with Dr. Strange and Thor amused me greatly. Hopefully, they can stop Mordo (Chiwetel Ejiofor) from taking power from other sorcerers.

Benedict Cumberbatch dazzles as Dr. Stephen Strange (with a hint of Sherlock) in the Marvel film, Dr. Strange.