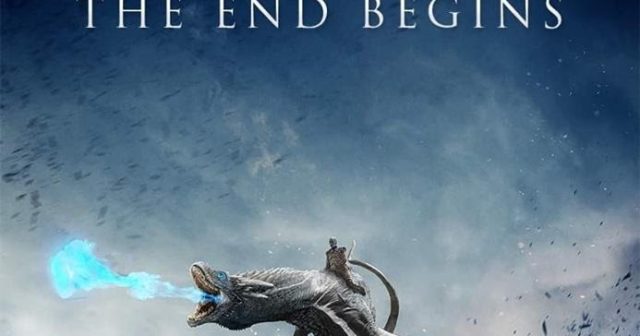 If you watched the pulse-pounding episode of Game of Thrones last night then you already know what’s coming. If not, then you might want to look away as there will be spoilers coming up. The latest episode of GoT is one that has fans reeling as they couldn’t bear to look away from the sudden development of a scene that everyone knew had to be coming eventually, but no one was prepared for.

Once again, if you haven’t watched the episode then you might want to turn away now.

To start out with things are heating up all over Westeros. The Stark sisters are starting to turn on one another, secrets of Arya’s past are set to spring up and consume Sansa if she’s not careful, and things in the north have taken a dangerous turn.

There was no doubt of what Jon Snow and the others had in plan when they traveled north. It was important to show both Daenerys and Cersei just what the true threat to them all was, and to do that it was necessary to have proof. However the plan was notably dangerous and was bound to take the lives of at least a few of the group. Unfortunately it took the life of Thoros of Myr, and it almost took the life of Jon Snow.

The battle between the white walkers and the small group might not have been instigated had the Hound not bothered to start tossing rocks at the decaying, blue-eyed monstrosities. But when one acts in a hostile manner towards creatures already bent on their destruction then anything that happens after is kind of on them. The companions fought bravely, taking out many of the undead warriors at the white walkers’ disposal, but they were sorely outnumbered and would have fallen if not for the stubborn nature of Daenerys Stormborn, who acted without hesitation upon receiving word that Jon and the others were in trouble. She wasted no time summoning her dragons and flying to their aid, and arrived just in time to prevent them from being overrun.

Unfortunately the Night King took notice of the winged creatures decimating his horde, and acted accordingly. Hefting a very dangerous-looking ice spear that was obviously a weapon of great import he brought down a single dragon, the single blow killing the magnificent beast as it plummeted into the ice. Drogon might have been the second victim if not for a well-timed dodge that almost sent Jorah to his death.

With the heroes safe and sound however we found out that Dany and John are growing quite close, and that the loss of the single dragon wounds them all on a very fundamental level. They have lost a weapon in their arsenal, but Dany has lost one of her children.

Meanwhile, in the wilds beyond the wall, the remaining minions are seen hauling upon three massive lengths of chain, dragging what we already know to be the corpse of the fallen dragon from the frozen lake. As the reptilian body is pulled fully from the icy waters the Night King approaches, and lays a single hand upon the dragon’s brow. The giant eye opens, and shines a cerulean blue that speaks of little more than the doom to come.

The Night King now has his own dragon to command, and the war has taken a very different, and very dangerous turn for the worse.

So what should we expect?

Expect the ice dragon and Drogon to go head to head either in the coming episode or the next season. No matter the outcome it will be epic, and it will be a fight for the ages. Fire vs. Ice, with no clear winner to be picked it remains to be seen just who the fans will favor to win such a fight.

Winter is here. If Westeros is not prepared to fight the true enemy then it might be the end for every last one of the great houses.