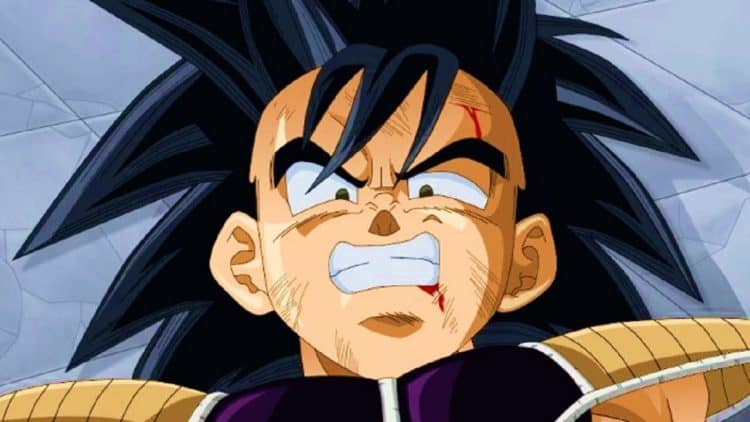 Raditz seemed like he could have been a very convincing villain for the Dragon Ball series but in truth he was there and gone so quickly that it’s amazing that people really remember him this much. As Goku’s brother that had come to make Goku aware of who and what he was, Raditz was the villain that would have been perfect to keep around for a while since he was despicable enough to capture Goku’s son Gohan and by necessity force Goku to team up with Piccolo. But unfortunately this had the effect of uniting them in such a way that Raditz eventually didn’t have a chance and was eliminated after a few issues of the manga and in even less time when it came to the anime. Fans still remember him though as one of the first, if not the first villain that really kicked things off and still get to see him to this day thanks to video games and the constant reminder of who he was.

Some bad guys are hard to let go of it seems.

10. His power level comes as a surprise.

To think that he had the same power level as the Saibamen was kind of odd since Raditz was built up as such an awesome and imposing villain that placing his power on the same level as the Saibamen kind of confused a lot of people. He was supposed to be the big bad that was going to give people a run for their money and instead he wasn’t all he was made out to be.

This would seem to explain why his power level isn’t all that high since he was allowed to go on Saiyan missions after winning a tournament by cheating. This means that they didn’t earn the right to go out and take on the most dangerous assignments which also means that they weren’t ready. This could be a part of why Raditz ultimately wasn’t as bad as everyone thought he should be.

8. He and Goku met as teenagers.

This has a lot to do with Vegeta as well and has to do with how Vegeta was attempting to help Goku and Raditz with their tail issues. Unfortunately when Vegeta and Raditze were on their way to planet Freiza, Raditz’s tail hit the wrong buttons and their craft crash-landed. As a result both of them suffered a mild case of amnesia and they forget ever meeting Goku.

7. Nappa almost brought him back.

You never get to see it on screen but there seems to be a very strong bond between Nappa and Raditz. After all, Nappa does state his desire to use the Dragon Balls to revive Raditz, but the idea is shot down when Vegeta says he wants to use them to gain immortality. You’ve got to figure that anyone who would use a wish like this has a very strong bond with that person.

This what-if story comes from a video game in which Raditz suffers from amnesia at one point and forgets just why he’s on earth. Even when he remembers however he takes the time he spends with Goku to realize the error of his ways and instead sacrifices himself when Vegeta and Nappa come calling.

Despite only being in the series for a short amount of time Raditz has shown up quite a bit in the video games, almost as though the creators are making up for his swift departure in the manga and the anime series. It could be a way to keep a fan favorite around and flesh him out a bit more so that people that actually like him can see Raditz as much as they want.

4. His name is a vegetable pun.

This is a favorite thing for the creators and the designers to do with all of the characters in Dragon Ball. Raditz is obviously radish, while other characters’ names are food names as well, while Bulma’s family are named after, well, undergarments. It’s nice to have a sense of humor when you’re working.

3. His moves are named after days.

This could be nothing but a massive pun in the making since his moves all include one day or another in them. The pun of course would be that his moves are ‘week’, and as a testament to the character describe him as one of the least imposing figures around.

Funny enough he fought King Yemma, who is the judge of the dead, after he’d already been killed off by Piccolo. King Yemma obviously wasn’t all that impressed and defeated Raditz easily with the Yemma Lock, sending him down to hell soon after.

This occurred when a rift between earth and hell was opened, allowing the villains of the Dragon Ball series to emerge. Unfortunately a cameo is all Raditz gets since it was assumed that he was killed again off screen.

So he gets points for being one of the first villains, but not much else.