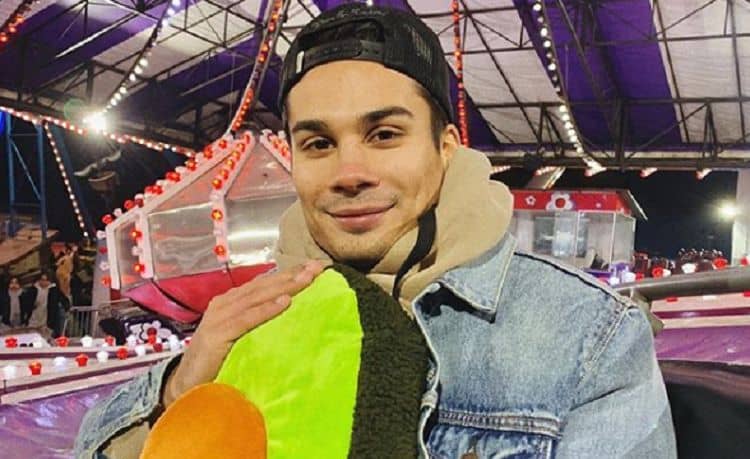 Drew Ray Tanner is young and hot. Once you add in the fact that he’s very talented, it’s easy to see why his career has been full of bright spots. Drew has been acting professionally for almost a decade, and he’s definitely been earning his strips. He’s made more than two dozen on screen appearances, and he’s working on even more. He is most well-known for his role as Fangs Fogarty on the TV series, Riverdale. He will also be starring in the upcoming Netflix film, Work It. No matter what Drew is going, his fans can rest assured that he’s always going to put on a good show. Continue reading for 10 things you didn’t know about Drew Ray Tanner.

Drew’s acting career isn’t the only thing that has been taking off over the last few years. He is also a talented musician. He sings, plays the guitar, and is the member of a group named These Girls These Boys .The group recently released their new single, “Sleep When I’m Dead.”

2. He Grew Up In The Country

Drew is living a celebrity’s lifestyle now, but that wasn’t always the case. He was raised in British Columbia and has a relatively simple upbringing. He told Terroir Mag that he thinks of himself as an “inner city country bumpkin”. Even though he eventually moved to Vancouver to better his career, his hometown will always have a special place in his heart.

3. He Fell Into Acting By Accident

Acting isn’t something that was exactly on Drew’s radar. He actually got into acting in a roundabout way during his time in school. Apparently, he was a talkative and loud student and his teachers were looking for a way to help him refocus his energy. They suggested theater, and he was hooked almost instantly.

4. He Believes Acting And Performing Are Different Things

If you ask most people, they’d probably say they don’t see a difference between performing and acting. However, Drew feels differently. During his interview with Terroir Mag, he said, “I truly believe that acting is one thing and performing is another. I think people sometimes put the two of those into the same category, but performing is very different. When you’re performing, you’re keeping an audience in mind and catering towards them. ”

5. He Worked With A Trainer To Get In Shape For Work It

Drew’s role in the upcoming film Work It required him to get into better shape than he’s every been in before. Since he was on a strict time crunch, he knew he wouldn’t be able to do it alone. He enlisted the help of well-known trainer Alex Fine (Cassie’s husband). Drew moved into Alex’s home where Drew began a rigorous routine. After 21 days, Drew dropped 19 pounds and was totally shredded.

6. He Learned Magic From His Grandfather

Even though acting wasn’t always on Drew’s mind, performing certainly was. From an early age, he realized he had an interest in entertaining others. Drew’s grandfather had a passion for performing magic tricks around the house, and Drew eventually learned how to do a few himself.

7. He Loves To Hang Out By The Water

Drew works hard to bring his best to every role he plays, and sometimes he needs a break to clear his head and recharge. When drew isn’t working, one of his favorite things to do is hang out by the water. Whether he’s swimming or boating, he always feels right at home on the water.

8. His Family Has Always Supporting His Dreams

For lots of parents, the idea of their child wanting to act is terrifying. Acting may look like a fun and glamorous career, but the truth is that it can be stressful and inconsistent. However, Drew’s parents have been supportive of his dream to act since the very beginning.

9. He Was In Power Rangers

If you look closely through Drew’s acting credits, you’ll see that he appeared in the 2017 film, Power Rangers. His role was very minor, but it taught drew a very valuable lesson about following your heart. Initially. Prior to being offered the role, he had told himself that he would only take on characters who have substance. The Power Rangers role didn’t have any substance, but he decided to do it anyway because he knew it would be fun. Now he realizes that sometimes following your heart is more important than following a plan.

10. His Strategy Is To Say Yes To Everything

Opportunities in the acting world can be few and far between. Even the most well-known people in the industry often go for periods of time without booking a role. For that reason, Drew thinks it’s important, especially early on in an actor’s career, to say yes to as many things as possible.