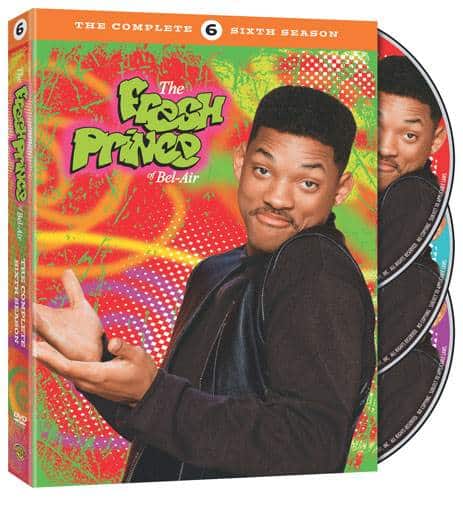 It’s the show that launched one omnipresent career. Since his six-year stint as the star of NBC’s sitcom The Fresh Prince of Bel-Air, actor Will Smith has been in virtually every movie ever made (well, quite a few, at least). Watching the sixth and final season of Fresh Prince, it’s really easy to see the charisma that led Smith to his A-lister status. He’s able to deliver even the lamest lines with an earnestness that you can’t help but laugh at. Of course, his character, also named Will, isn’t incredibly deep (what sitcom characters are?), but what little range Smith is given here, he really does his best with it.

The supporting cast, for the most part, is gold. While Alfonso Ribeiro’s Carlton is probably the most well-known, it’s actually James Avery’s Uncle Phil that is the heart of the show – especially in the surprisingly emotional last season. There are tons of tearjerking moments that surprisingly pack an emotional punch, mostly due to the strong bond that has developed between Phil and Will. It’s been years since I watched Fresh Prince as part of Nick-at-Nite, but watching the finale, I found myself feeling as though I’d come on a long journey with the entire banks family, even though I’d only really seen a couple of episodes. That’s pretty good writing.

There are some fun guest appearances throughout the season as well, with the best undoubtedly being William Shatner in the episode “Eye, Tooth,” in which he, Will, and Carlton, get high on laughing gas in a dentist’s office mishap, and go to a talk show completely wasted. It’s a strange episode to be sure, but it’s simply hilarious.
The Fresh Prince of Bel-Air, The Complete Sixth Season hits stores on April 19. This is a sitcom with real heart and (gasp) actual laughs. I highly recommend it. Get it on Amazon.