Home
ABC
DVD Release Dates for ABC Shows: Revenge, Once Upon a Time, Castle and More! 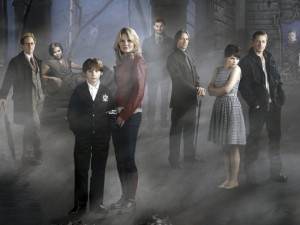 ABC has announced the details and release dates for several shows after the 2011-2012 season. Want to pre-order the DVDs? Click on the titles below.

Once Upon a Time: Season 1 (DVD, Blu-ray)
Release Date: August 28, 2012
The exciting releases include a wealth of bonus material and extras including an exploration of the genesis of this exciting series in “Fairy Tales in the Modern World;” “Welcome to Storybrooke;” cast interviews on childhood memories in “Tell Me A Story;” “Building Character; deleted scenes and bloopers. Additionally, the Blu-ray exclusively features “Exploring Tall Tales: True Origins,” an exciting interactive archive of fairytale favorites.

Desperate Housewives: The Complete Collection
Release Date: September 25, 2012
In addition to the complete eighth and final season, “Desperate Housewives: The Complete Collection” will be available on the same day. Housed in a collectible replica of Mary Alice’s infamous steamer trunk, the complete collection contains all 179 episodes from all eight seasons on 46-discs, including an exclusive bonus disc with even more cast interviews and behind the scenes from the final season.This set is a must-have for any “Desperate Housewives” fan.