Home
Dancing With The Stars
DWTS: Who Look Like the Favorites after the Premiere?
Prev Article Next Article 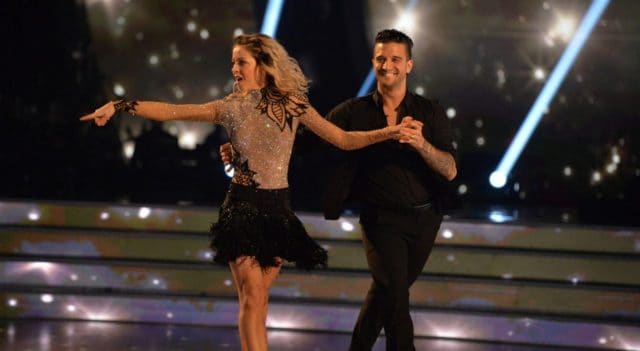 We’ve seen a good share of celebrities make a come back on stage by dancing their way into it in Dancing with the Stars. After 24 seasons, the show has come back for its 25th with a premiere that’s looking to be quite a good predictor of what’s to come in the season. We’ve all done it; we’ve all tried to predict who’s going to last in the show after seeing just the first episode. We’re guilty of that yet again after having seen the premiere last Monday, September 18. We’re giving you our top three favorites to last it to the very end, if not at least close to it. We’ve done quite well with previous predictions, so remember this when the season comes closer to ending.

Lindsey is a world-renowned electronic violinist, and she’s even performed on the show several times as such. No one thought she’d be taking the stage as a dancer, yet here she is, wowing us on stage. Being that she was also the last performer of the night, it was much easier to remember her routine as well. The producers must be up to something for putting her on last, but who knows. All we know is that she was pretty remarkable as well as her dance partner Ballas. They flowed onstage in such a lovely way that it looked as if they’d been doing it for a long time. Maybe it’s just safe to say that music is in Lindsey’s veins, regardless of how it’s manifested.

Hear us out first. We know that Nick didn’t shell out the performance of a lifetime. We also know that he’s a self-proclaimed non-dancer. However, Nick has a few motivations that should propel him right up to the top if he’s up for it. First off, he’s competing with his wife. We know he’s not about to let Mrs. Vanessa Lachey take home the bacon so easily. We’re sure that Nick will put up a fight at least, especially since his wife did fairly well in the premiere. Secondly, his brother Drew already took home the prize back in season 2. Nick has to at least want to equal or top that. Lastly, with his previous performing experiences, he shouldn’t have any issues with the work it’ll take to get where he needs to be. We certainly believe that.

Victoria is already a fan favorite considering her backstory. After an extremely difficult past of being in a vegetative state for four years and spending a decade in a wheelchair, there’s no doubt in any of our minds that Victoria is a conqueror. She only started walking again 18 months ago, and here she is, dancing it all away for all of us to see. It’s inspiring and nothing less than amazing. We know a winner when we see it, and Victoria is definitely a winner in our books. She might have already won, actually, just by competing to begin with. It also helps that her performance during the premiere was spot on. If you’re looking for this season’s most likely to win, look no further than Victoria Arlen.