Home
Edmonton Journal: “The Event is worth watching”
Prev Article Next Article 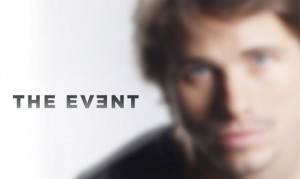 I regret to say that I haven’t watched any of The Event beyond the screener of the pilot I saw a few weeks ago. It wasn’t a conscious decision not to watch, because I loved the episode and wanted to see more. It’s just with this crazy schedule that I have…

Enough excuses. Apparently, I’m missing out big time with NBC’s new series. Just because the nature of the event has been revealed, that doesn’t mean the series has lost its spark. “If serial thrillers are your bag, it might be a good idea to catch The Event while you can,” warns Alex Strachan of the Edmonton Journal.

“[The last episode] scored 7.5 million viewers,” Strachan noted. “Still, that was a 17-per-cent drop from the previous week, and down a hefty 33 per cent from The Event‘s premiere last month.

“These numbers tell a story. They suggest that people tuned in at the beginning, curious about the heavily hyped drama, didn’t like what they saw and have been drifting away ever since. That’s ironic, because last week’s episode was by far The Event‘s best yet, and bodes well for the story going forward.

“The Event has already outlasted Lone Star, but it continues to finish a distant third in its time period in the U.S., slightly ahead of the just-returned Lie to Me.”

While The Event might be floundering (though you have to wonder how Hulu and iTunes factor into all of this), apparently now seems like a good time to catch up, and perform the double good deed of watching a great show — and helping it get the viewership it needs for renewal.