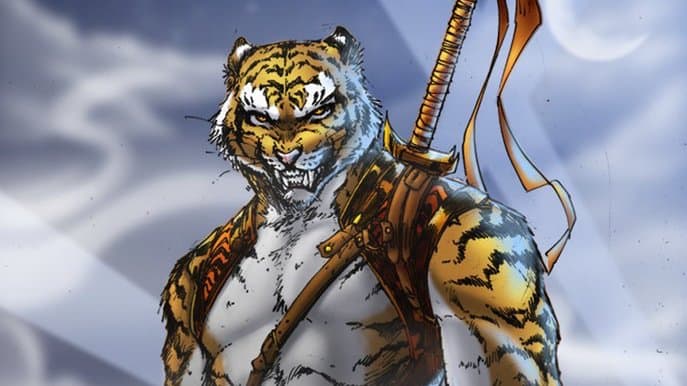 The more I see and hear about James Gunn’s upcoming Suicide Squad movie, the more stoked I get. Call me overly optimistic, but I’m adamant that his movie will be a significant improvement over the 2016 movie. Heck, just by adding the word “the” in front of the title tells me that Gunn is intending to stick with the continuity, but at the same time, deviate from everything that made the 2016 movie bad. Unfortunately, there was a lot of bad that movie and I think James Gunn is the perfect director to stir the team in a better direction. Like I said, I’m being overly optimistic, but I’m going to push the boundaries of my optimism and say that his Suicide Squad movie will be successful. If it is a box office hit, then James Gunn will return to direct a sequel.

I really want that to happen, because if it does happen, then we get to see more DC characters brought into the DCEU. On top of that, we’ll see James Gunn’s take on those characters. After seeing what he’s done with the characters in Guardians of the Galaxy, it’s hard to believe that’ll he’ll do wrong by the DC characters he’s chosen to portray. Since it’s Suicide Squad, you better believe that he’s going to kill off probably more than half of the squad. He even said that we shouldn’t get too attached, but as a fan of the comics, I’m always anxious to see new additions to the squad. Yes, they usually die, but not before they wreak some serious havoc. If James Gunn (most likely) returns for a sequel, I have a few DC characters in mind that would serve his Suicide Squad well.

If you’re a fan of the squad like I am, you might have a long list of candidates, but I’ve narrowed my list down to eight. I’ve chosen the DC characters that I believe would be best suited for another Suicide Squad movie directed by James Gunn. I know this is the squad I’m talking about, but the characters I’ve chosen are not expandable. They are simply vital to a great Suicide Squad story.

Here are nine DC characters that need to be in the next Suicide Squad movie.

I know that I’m cheating here, but this crazy criminal couple is simply inseparable. Just think of them as Joker and Harley, but they actually love each other. Granted, it’s toxic, crazy love, but not nearly as toxic as Joker and Harley’s relationship. This Bonnie and Clyde-type couple have known each other since childhood, causing chaos and mischief wherever they went. Punch wears boots that allow him to walk on air and wields an extraterrestrial gun that shoots deadly beams of light. He calls them “sting strings”. Jewlee carries two jewels: one is a “hypno jewel” that creates convincing illusions, while the other can generate powerful blasts of energy. This is a psycho couple with a lot more clown-themed weaponry. If that doesn’t attract James Gunn, then I don’t what does.

Count Vertigo is a character that can serve as a member of the squad, as well as the perfect turncoat. The best example of this is when he appeared in the DC animated film, Suicide Squad: Hell to Pay. He temporarily served as team leader and secretly conspired against Amanda Waller. Big mistake on his part and he paid the price for it. This is something that I want to see be expanded upon in a live-action movie. With his political connections and vertigo effect powers to induce nausea and dizziness, he would surely make for a good traitor for the squad.

If James Gunn wants a good opportunity to really connect his next Suicide Squad movie to the other DCEU films, he can include Black Manta. Black Manta has been one of the squad’s deadliest and unpredictable members. After a stellar introduction in the Aquaman movie, I can only imagine what he can do if he’s fighting with the squad. He’s got the technology, the fighting skills, and the murderous tendencies to be one of their most valuable members. And if he goes rogue, he’ll be a great challenge for the squad and is sure to kill some of them.

James Gunn always likes tackling the weird and the wacky. In the realm of DC, there are very few supervillains weirder than Arnold Wesker, aka The Ventriloquist. He’s a character that has more than a few screws loose and I think James Gunn is the best director to handle him. To sum up his character, he carries a puppet that looks like a gangster from the Prohibition era. The thing is, the puppet is the one who control Wesker. Yeah, it’s messed up, but if there’s any director who can make this character work on the big-screen, it’s James Gunn. And honestly, I actually thought Taika Waititi was going to play him in his upcoming film. After all, Waititi specializes in weird.

If James Gunn doesn’t want Black Manta, fine. I’ll take Joe Manganiello’s Deathstroke. Why him? Well, that’s because he’s basically the anti-Batman. He’s got the gadgets, but they’re all military-based on lethal. He’s a master strategist and can outwit any foe. Oh, and he’s the deadliest assassin in the DC universe. This makes him the greatest challenge for the squad to face. Deathstroke won’t need back-up, he’s capable of taking on the squad single-handedly. Now that’s a fight that would be beyond epic to see. He can begin as a member of the squad, but knowing Deathstroke, he’ll most likely find a way to escape from Waller’s control. When that happens, he’s going to come looking for revenge and the only thing between him and Waller is the squad themselves. If they want to show how awesome Deathstroke really is, make this fight happen.

Harley Quinn can’t be the only squad’s femme fatale. Other than her, the most prominent one would have to be Louise Lincoln, aka Killer Frost. She’s a tough girl with an attitude and heart as cold as ice. What separates her from Harley is that she has powers, and her powers are useful for the squad. Aside from her powers, Killer Frost just fits right in with the squad. She’s often the misfit of the group who goes at it with the other members and when they try to mess with her, she does push back. As far as tough gals go, Killer Frost is as tough as they come. While Harley will be the jokester gal of the group, Killer Frost will be the no-nonsense one with the flat sense of humor. A perfect balance.

Who comes to mind when I bring up Bane? You’re probably thinking of a guy who’s worked with James Gunn before. Drax himself, Dave Bautista. Seriously, is there a better choice? Dave Bautista is a big guy and he’s got the muscle to pull off Bane. Under James Gunn, Bane can either be a reluctant member of the squad or a deadly foe. Santa Prisca would be an ideal place for the squad to break into. They can steal the venom drug or just go to assassinate Bane, but I think having them fight together would be more interesting to see. If anything else, it’ll be awesome to see James Gunn and Dave Bautista collaborate again in the DCEU.

Bronze Tiger has been a member of the squad since the very beginning. I was pretty disappointed when I heard Idris Elba wouldn’t be playing him, because he’s crucial to the squad. If we are getting a sequel, Bronze Tiger should debut. Why him? Because he’s often the most morally superior of the group and is one of the best martial artists in the DC universe. He can be a great team leader to a group of ragtag scumbags, while overcoming his own demons. If Deadshot returns, it would be a great set up for a compelling rivalry. The two are similar, especially since they both don’t have powers, but while Deadshot is a master marksman, Bronze Tiger is a master martial artist. He can take on almost anyone in the DC universe, including Batman. If that doesn’t make him vital for the squad, then what the heck does?

Bronze Tiger would make for a great new protagonist for the next Suicide Squad movie or the best supporting character. Whether he’s going full kung fu on someone or just trying to stay a good man, he’ll be fun to watch. Can we bring back Michal Jai White?

What are your thoughts, DC fans? Are there any popular squad members you think I missed? If James Gunn’s Suicide Squad movie is a hit, we’re going to be getting a lot more of it in the future.