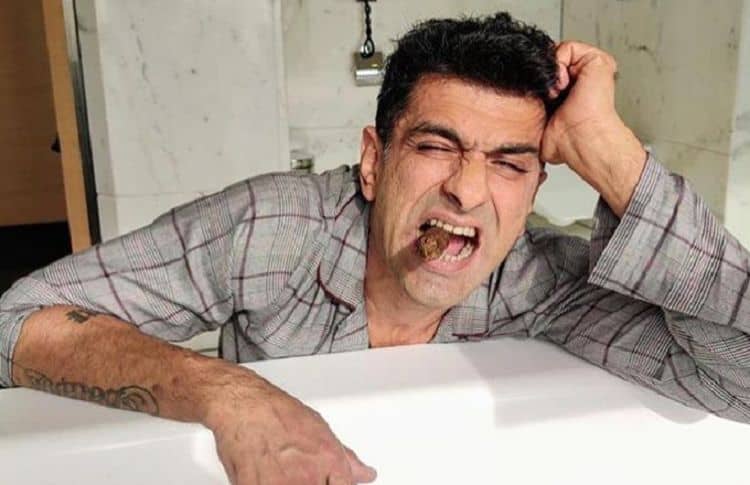 He’s an Indian actor who has been working in movies and films for more than two decades, but his new role is an interesting one. He’s now on reality television, and it’s an interesting departure from what his fans are accustomed to seeing him do. Eijaz Khan is a man who is now showing himself to be a man who has many additional facets to his personality than we thought, and we are interested in getting to know him better. The Indian actor is one who is worth getting to know a little more than we already do, so sit back and prepare yourself to learn a lot more.

He was born on August 28, 1975. He celebrated his 45th birthday in 2020, and we hope he was able to spend it with his friends and his family and not locked down because of the pandemic. It’s a big birthday, though it’s not a decade milestone. It almost feels as if anything that ends in a 0 or a 5 is a big birthday, does it not?

2. He’s the Oldest of Three

He is an older brother to a younger brother and a younger sister. Being the oldest often makes you the role model, the helper, the one who has to do all the leading by example. It’s a big role, and it often leads to the oldest always being the most inherently responsible kid in the family, and we wonder if this applied to him or if there was an exception to the rule in his upbringing?

3. His Parents are Divorced

The sad thing about his parent’s marriage is that he was only three when they went their separate ways. This is also interesting because he is the oldest of three kids, so his mom and dad must have had their babies back to back. We aren’t sure how old his sister is at this moment in time, but we did read an article that states she’s 8 years younger than he is, so she must belong to his mother and a stepfather or a later boyfriend she had after his parents split.

4. He Did Not Live With His Mother

6. His Mother Passed When He was Young

When he finally met his younger sister, it was 1991. She was 13. Their mother passed, and he and his sister met for the first time. We cannot even imagine the horror that this family must have gone through at the end of this marriage for them to split themselves apart and never meet one another over the course of 13 years.

7. He Has a College Degree

When he was finished with his initial education, he decided to attend college. He went to the Datta Meghe College of Engineering. He attended classes the entire course of his career so that he could leave college with a degree in civil engineering.

8. He Was Nervous About Living with Many People

He’s not someone who tries to hide the fact that he snores from his fans and his friends, but he’s also not the kind of guy who wants to make them listen to him do it all the time. That was another issue he had in his decision to join this reality show. He snores, and he didn’t know if he would allow anyone in the house to sleep well as a result.

Despite making the decision to head to reality television, this is a man who is rather private. He likes to have his own space, he likes to live his own life, and he likes to spend his time doing things on his own. He’s not accustomed or comfortable with sharing so much about himself, but he’s getting used to it.