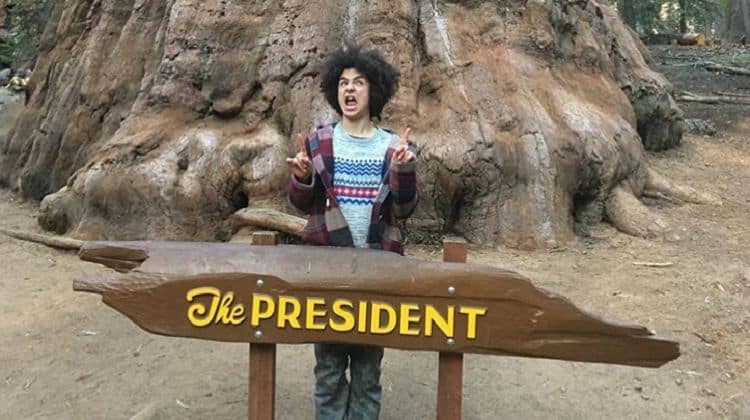 Elisha Henig is but a child, but that doesn’t mean he is not a spectacular actor who has some serious talent and a promising future in Hollywood. He was born in 2004, and he’s been acting since he was all of 10. He began with some guest roles in various television shows, including the beloved series, “Grey’s Anatomy,” and he’s been in so many other projects, as well. He’s a young man who recognizes his own talent and works hard to cultivate the kind of skills that are required to have a long-lasting Hollywood career. He might be able to do that, too, with the kind of work he’s been taking on, and it also makes us want to get to know more about the teen who isn’t even old enough yet to get his driver’s license.

He was born and raised in the Pacific Northwest, which is a beautiful place to live. Portland, Oregon is a beautiful city with a lot to offer those who love many things, from being able to enjoy beautiful weather in the summer to gorgeous winter snows, and outdoor activities throughout the year, there is a little bit here for everyone, and we are here for it. It’s a place many kids are lucky to call home.

2. He Was 8 When He Decided to Love Acting

My 8-year-old loves slime and trying to see how many art project she can sneak into her room without us knowing, and she’s focused more on what kind of hair accessories she’s going to choose every morning than her future. However, Elisha Henig was an 8-year-old who was interested in taking a Shakespeare course at 8, and it fostered his love of acting. He knew then what he would do for a living when he grew up.

He’s already gotten to work with some amazing talent in the work he’s done at such a young age, but Daniel Day Lewis is the one talent he’d love to one day spend time working with. Of course, we understand that what with the insane amount of talent this specific actor has, but we are also impressed that someone his age is into the work Daniel Day Lewis does. Most teen boys would probably have a much different answer in that they would love to work with some hot actress or a really cool and popular actor who is hot in the moment.

4. He Supports His CoWorkers

When Bill Pullman received a SAG award for his role in the show they worked on together, Elisha Henig was one of the first to repost the news and wish his friend well as he was so happy for him. He tweeted about his happiness for his friend and fellow actor when it happened, and we were impressed he took the time to do that. He did the same for a few of his other coworkers, too, which tells us just how much respect he has for those he works with and the work that they do.

He might be a famous actor who will take the world by storm for many years to come, but he’s a kid who likes sports, too. He loves to play soccer, and that’s not something that’s uncommon. We have no idea if he played as a child, but we know he enjoys the sport tremendously, like so many other people his own age. He also enjoys playing golf and rock climbing, which are on opposite ends of the spectrum.

As a reading-obsessed person myself, I can say that it’s beautiful when a young person loves to read and write. It’s so good for their brain. Reading can help you develop a much more sophisticated vocabulary and a more intelligent mind. Those who read never run out of imagination. They never run out of things to discuss, and it’s such a beautiful habit to develop. I love a reader, and I love to learn this young actor loves both reading and writing. He is a young man after my own heart.

Speaking of being a person of many talents — we weren’t speaking of that, but we are now — Elisha Henig is a young man who is not just into sports and acting and literature, he also loves to play guitar. He’s a musical young man, and that’s amazing. It’s a difficult skill to learn, and to be able to play the guitar is impressive for anyone regardless of their age. It’s more impressive he can play a guitar at his own age, but his love of music helped him get to his point in his life.

Can we just mention how much we appreciate how well-rounded this young man is? He’s a musical sensation, a talented actor, an athlete, someone who likes to read and write, and he also appreciates cooking? I cannot cook, though I would love to learn how (I can bake quite well, though) and I’m ever so appreciative of my husband for being an amazing cook. I love when young people learn to cook and appreciate the art that is creating a wonderful meal. It takes a level of patience no many have.

It’s easy to assume someone with this much talent must be an only child so that his parents can focus on him and his career, but he is one of four. He has three brothers, and he also has a band with his three brothers. Did we mention we love how close he appears to be with his family?

He’s young, but we don’t expect to see him going anywhere anytime in the near future. He’s got goals, and he’s driven and ambitious. We would not hesitate to venture a guess that he’ll be around making magic for a very long time.