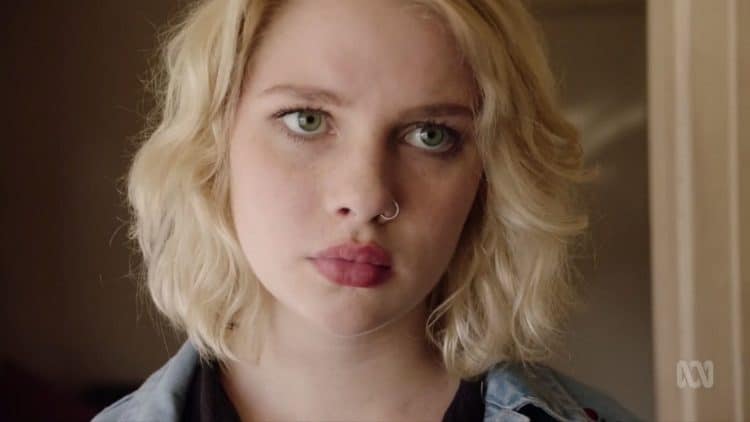 Ella Newton’s name might not be widely known just yet, but that’s something she’s been working towards changing. The talented young actress has only been acting professionally for a little more than four years, but she’s made all of that time count. She’s already well known for a variety of roles, but most people will recognize her best for her role as Fern in the TV series Harrow. With three seasons of the show already under her belt, Ella has proven that she has what it takes to bring a character to life in ways that are authentic and entertaining. Most people who have seen her work would agree that the future looks very bright for Ella. Keep reading to learn 10 things you didn’t know about Ella Newton.

1. She Hasn’t Done Any Movies

There was once a time where actors stuck to either the big or small screen, but now it’s very common to see people who do both. So far, however, Ella has only done TV roles. We weren’t able to find any information to indicate that she has plans to break into the film world.

2. She Has Behind The Scenes Experience

Ella’s acting is what she has gotten the most attention for, however, she’s also brought her talents to the other side of the camera. She made her debut as a writer, director, and producer in 2020 with a TV series called Kit & Em. We’ll likely see even more behind-the-scenes work from her in the future.

3. It’s Unclear If She Has Formal Acting Training

There’s no denying the fact that Ella is full of natural talent. One thing we aren’t sure of, however, is whether or not she’s had any training to help supplement her skills. We didn’t find any information to suggest that she attended drama school or took any acting classes.

For many people in the entertainment industry, being in the spotlight often means an inherent lack of privacy. Still, Ella has managed to keep her private life away from the public eye and she seems to prefer living a more lowkey life. Since most of us have seen what can happen when celebrities’ personal business hits the streets, it’s very easy to see why she would rather keep things to herself.

In addition to finding success in her career, things are also going well for Ella in her personal life. We know that she is in a happy relationship even though many of the details have not been made public. Although he has appeared in some photos on her Instagram profile, his identity hasn’t been revealed.

6. She Enjoys Showing Love To Her Fans

Building a strong fan base is an important part of being an entertainer that many people tend to overlook. Ella, however, isn’t one of those people. She’s grateful for all of her supporters and enjoys being able to connect with them. Ella doesn’t spend a lot of time on Twitter, but when she is on there she likes to engage with her fans.

Ella was born and raised in Australia and from what we can tell she still lives there today. Still, Ella has become a woman of the world and her career as an actress has given her the chance to do lots of traveling. Ella has been able to visit different places across Australia as well as in other parts of the world.

Ella is thankful to be able to do something she loves for a living, but just like anyone else, she needs a break from time to time. When Ella gets time off from work, she loves to spend it exploring the outdoors. Whether that means going for a hike or visiting a nearby beach, you can usually find Ella outside enjoying the warmth of a beautiful day.

10. Family Is Important To Her

Despite the fact that we don’t know a lot of specifics about Ella’s family, we do know that family is something that is very important to her. She seems to have close-knit relationships with her loved ones and she’s lucky to have a very strong support system.