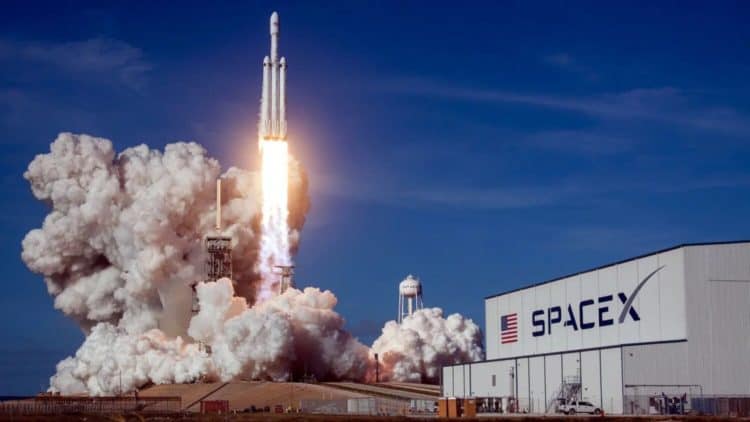 It’s very easy to find a good number of people that don’t like Elon Musk and his ideas, but there are just as many that happen to think that his plans to help humanity survive by finding a way to other worlds and to colonize these worlds are worth it. The SpaceX program devised by Musk is getting a scripted series at HBO to showcase this and will no doubt be given a great deal of attention since many people believe that Musk is the genius he’s been celebrated as at this point. That’s a hard point to argue against when looking at his many accomplishments and it’s an argument that one might not want to get into without having a few concrete facts to bring to the party. It’s still more likely than not that many people will find themselves defeated in trying to challenge Musk and his ideas when it comes to the betterment of humanity, even if a few common-sense ideas might go ignored by those being asked since the idea of SpaceX feels sound enough, but it’s still a huge expenditure when there are so many issues right here on earth that need attention. But again, that argument is bound to be seen as something for lesser minds, or at least those that aren’t looking outward and trying to step out of the box.

The SpaceX program is something that many people have been discussing since it started, especially given that Elon Musk has been a person of interest for a while and a lot of people still tend to argue over his ideas and how they might affect the world in general. In essence, a lot of his ideas are geared at making life better in a number of ways, but one has to wonder just what the long-term implications are bound to be and if they’re going to remain as positive as Musk wants them to be since they sound great, but without seeing how they’ll affect live overall it does feel that a deeper examination is warranted. It’s easy to argue that he’s thought through every angle and isn’t taking anything for granted, but it’s also hard to believe since the capacity for human error continues to appear and even increase over time as people think and fully believe that they’re doing everything they can for the world around them and everyone in it. The means justifying the ends is an issue that some people would gladly cite as a huge problem in the making, but eventually, this leads to paranoia and doomsday conversations that are born out of a belief that the hubris of those attempting to better life will lose their way somehow. Right now it wouldn’t appear that this is the case, but there is a definite sense of arrogance and superiority to Musk’s personality that some can see, and yet it’s not so great that it’s become an issue. Instead, it can likely be explained as a type of self-assured certainty that things will turn out the way he believes they will.

So far it sounds as though he hasn’t had a lot to do with the SpaceX documentary, but it’s likely that he could show up since, after all, it is his baby so to speak. It would be kind of odd if he didn’t have anything to do with the show since he’s been spearheading this idea and is adamant that it’s going to work the way he wants. The show will seek to reveal quite a bit of what’s been going on with SpaceX, the motivation behind it, and the manner in which Musk has been attempting to get it to work. Some are bound to look at this show and wonder just what is going through Musk’s mind, but others might be mystified and even impressed by the efforts that are being taken to improve life around the world. The technological advances that Musk is attempting to make are after all supposed to be for the benefit of humanity, but if you’re not feeling as though it might be wise to take all of this with a big grain of salt it’s likely that you’ve already been entranced by the genius that Musk has been credited with and has shown a few times now. In a way, it almost feels as though reaching too far might be the danger, but that’s not quite it. Reaching too far is about the only way that progress happens after all, but one has to wonder just how far would be too far, and why.

The SpaceX series might be able to answer a lot of questions in this regard since it’s likely that it will go deep enough into the program that it will be able to convert a lot of people into believers and justify the beliefs of others in Musk’s vision.