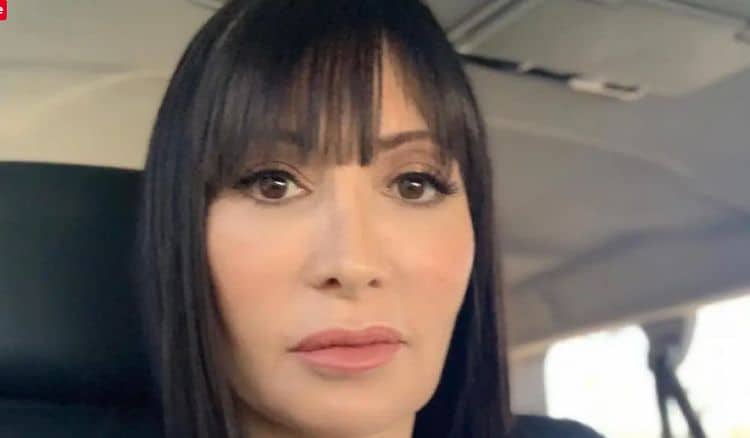 You know Elyse Slaine as the friend of Ramona Singer’s who has been off and on the Real Housewives of NYC over the years. She’s now a new face that’s been added to the mix on a more permanent basis, and she’s already calling the shots in her life, making some enemies, and being as controversial as they come. It’s a big deal, of course, because she’s bringing the heat and the drama to the network. They love that, so there is a chance that this could be a situation she can really get into. It also makes all of us want to know a bit more about the controversial reality television star.

She’s one of the women who isn’t really a housewife. She’s a working woman, and she’s in the finance industry. She’s what she refers to as a cryptocurrency trader. We can’t pretend we know much about the business, however. She’s been working hard at her job for a number of years without many people quite getting what she does.

2. She Loves her Fans

If there is one thing that she’s really good at doing, it’s loving her fans. She does not see them as a burden or an annoyance when she’s out and having fun. She loves to talk to her fans, to get to know them, to be around them. She’s really listening to them and responding to them, and she appreciates their love and support.

She’s been making more and more regular appearances on the show, but she’s not sure she could or would want to be a full-time housewife. She’s sure that there are some things that she loves and enjoys, but it’s not her deal when everyone is attacking one another and really fighting with one another. She is not a fan of that, and we do not blame her one bit.

In her free time, which we know she does not have much of, she likes to make sure that she is giving back to those in need. She wants to do what she can to see her life go the way she wants it to go, she wants to see people really be helped and taken care of, and she is really into being someone who is good to others. We love that about her.

She’s a woman who is married to the love of her life. She got married in 2018 to Reinhold Gebert. He’s a COO at a technology company. His company is Chicago-based, but he works from their New York City location, which is why they spend so much time living in the city.

6. She’s Married to Her Second Husband

Elyse Slaine is a married woman, but not for the first time. She first married David Slaine back in 1992 (which is beyond us because look how young she looks!). Together, they have a daughter who goes by the name Niki Slaine, and she is currently 26.

7. She’s Been Friends with Bethenny Frankel a Long Time

She doesn’t say how long or how she knows the veteran housewife, but they knew one another a long time. She often says that she’s the reason that Jill Zarin and Frankel got to know one another. She was, a long time ago, having dinner with her first husband and the Zarin’s, and she invited Frankel along because she knew that she and Jill would become instant friends.

She’s not the kind of woman who likes to live a small life. She is tremendously outgoing, and that works for her. She really does like to spend her time focusing on things that are good for her, and that sometimes means being exceptionally outgoing about things like being topless in the Hamptons.

Over the summer, she was game to be part of her daughter’s boyfriend’s social media situation. She decided she’d do a TikTok dance with him, and she does have some moves. But, the best part was when she pushed him into the pool when they were done with their bit. That made her laugh, and it made everyone else laugh, too.

If the fact that she spends a ton of time in the Hamptons when she has the chance did not tip you off to the fac that she is a beach bum, perhaps learning that she got married to her second husband on the beach will. She clearly loves to spend time near the shore, and we don’t blame her. The beach is the best.