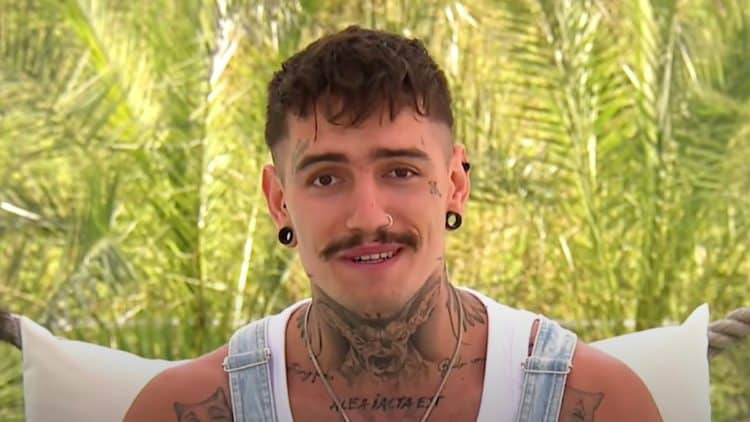 Survivor is one of those shows that really does go on. Not only has it been on television in the United States since, well, we can’t even remember at this point, but now it’s on in other countries as they continue to create their own spinoffs and personalized versions. Even countries as small as Romania are creating their own Survivor series, and that’s where Emanuel Neagu comes from. He’s part of the first season of the Romanian version of the show, and his fans want to get to know a bit more about him as a person now that he is taking part in “The Challenge: Spies, Lies, and Allies,” in America.

According to his Instagram biography, Emanuel Neagu is a dancer. He is a man who not only enjoys the art, he likes to show off his dance moves on his feed. Scrolling through, you can find many videos in which he films himself dancing and he is able to share those videos happily with his fans.

In addition to being a dancer, he also touts himself as a model. While we cannot find any major brands he’s worked with or a company that might represent him, he does his own modeling online. He takes his own photos, he shares them with his Instagram followers, and he fancies himself an influencer of sorts if we had to guess.

Additionally, he is an actor. Dancer, model, reality show contestant, and actor are all things that he puts on his resume. We don’t know what he’s acted in or if he is currently looking for roles as we speak, but he is proud of the way he’s taking control of his own career and moving in the direction he’d like to move as a celebrity.

With a little over 50k followers on the ‘gram, he can say he’s doing well. It’s not a million followers, but he can charge a bit of money to do collaborations with different brands, and he can focus on his modeling right there. He’s got some followers looking to see him succeed, and they keep coming back for more. It just goes to show he really is a fan favorite on the show.

5. He is A Fan of Wearing No Shirt

Something else we’ve noticed about Emanuel Neagu is that he is not a fan of shirts. Most of his photos online are either of him in no shirt or him in a shirt that is unbuttoned as close to the bottom as he can get it, and that is a thing he is proud of. To each his own, though we imagine he does enjoy doing this in an effort to show off his many tattoos.

6. He Enjoys the Gym

Emanuel is a man who enjoys the gym. He shares shirtless photos, and he shares gym videos and pics. While most of the gym photos and videos he shares are funny, we can tell by his great physique that his time spent in the gym is not all fun and games. He puts in the work.

Going through his captions online has us laughing. He is a funny guy who clearly doesn’t take himself too seriously, and that’s what the world needs. He’s a guy who has good intentions, and he likes to have a good time.

8. He Believes in Being Intentional

Everything he does, he does it with intent. He doesn’t go into any situation or any life experience just wondering what might be up or what he might be doing. He goes with an intention to do things his way, to win, and to be the best.

He’s a guy with a sense of fashion that might not be the same sense of fashion everyone loves, but he rocks it. He has his own sense of style, and he clearly owns it in every outfit he wears. He takes risks, and that is what fashion is all about.

One thing that he is good at is keeping his private life to himself. He might not be a household name or a celebrity that is recognized everywhere he goes, but he is a man who knows that the most important people in his life should remain out of the spotlight. He shares very little about his private life, which is a good thing for him and his family.