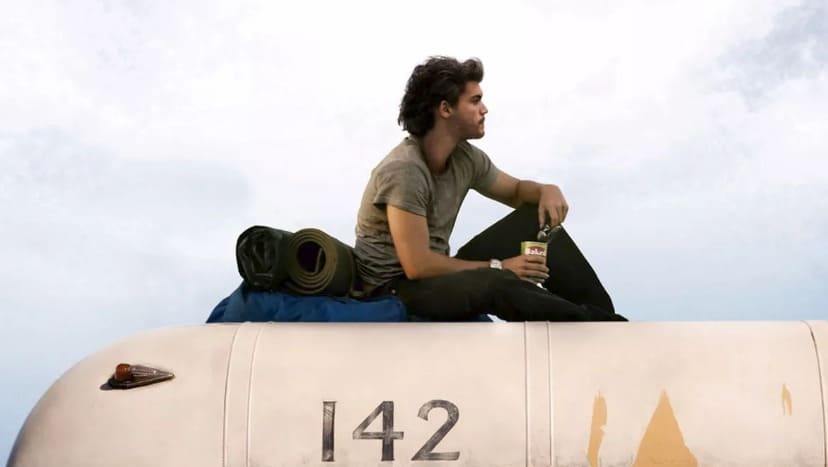 We needed to get this out of our system because frankly Emile Hirsch was/is one of the most talented actors for what appeared to be a very long time.

So much has happened in your career at this point, so many ups and downs that have seen you rise to stardom and then come crashing down. Your career hit a couple of extreme high notes when you first took on the movie The Girl Next Door, The Lords of Dogtown, and even Into the Wild. You had everything you needed, you were primed to ascend into a career that would have seen you on the same level as some of the greats and as a man that people wanted to hire before thinking of anyone else. But after Into the Wild you didn’t seem to be the same. Your career started taking a downward turn and you went right along with it. No one doubts the veracity of your skills, nor the idea that you could be a great actor if you actually tried. But the direction you’re going in now seems to be one of mediocrity leading into obscurity, and after all you’ve done thus far no one wants to see this. They want to see you rise and resume the days when you were the center stage star that everyone knows you can be. If that’s what you want then so be it, go for it and make that life your own. But if mediocrity is where it is then hopefully you’ve found a stance from which he can gain some comfort.

The incident in 2015 certainly hasn’t helped your image, as getting into it with a Paramount executive in a nightclub is not a wise choice. We all get aggravated at times and we all need to let off some steam, but it’s important to know when and where to make that choice. It’s time to get back into the spotlight guy, where you belong and where you’ve done some of your greatest acting. It was hard to believe that some roles were so enhanced by your presence but after watching them again and again it’s become obvious that you were meant for such roles and were meant to be a star. It could be time to back off for a short while and assess just what roles you want to take and to avoid those that might not be worthy of a man of your skills. A guy’s got to work obviously, but by taking on anything and everything it becomes less likely that you’ll be able to take the roles that will further your career rather than just get you paid. At this point your life it’s time to look at roles that can get you noticed by the general public again and get you back on top where you need to be.

Your role as Jay in Lords of Dogtown is a great example of just what you can do. Adopting the style and mannerisms of Jay was brilliant and made you stand out in a way that was absolute genius. Then making your way onto the set of Into the Wild as Chris just cemented your status as one of the most popular and brilliant minds in Hollywood. So what happened? What made you go from the highest of highs to the midway point between greatness and being forgotten? There’s more to you yet Emile, and you need to start showing the world that greatness by getting those parts that once upon a time belonged to you and running with them. No more Alpha Dog style, no more Speed Racer fantasies, just get in there and do what you do and make it work. There are still a lot of years left to your career, don’t go wasting them on roles that won’t get your name out there and won’t do much of anything other than squander the talent you still have.

You’ve worked with some of the best and with stars that have come and gone and you had a chance to learn from some of the greatest in the business that have been around for quite a while. Go back to that feeling and learn how to do what it is that gets you to the top and riding high on the success that you’ve earned with your past works. Do what’s necessary to take your career back into your own hands and push it to limits that haven’t been thought of as of yet. You don’t owe the fans, you owe yourself. This is your future and it’s your time to get out and do something that’s worthwhile instead of laying back and performing in a long list of movies that will keep you paid but never allow you to go much of anywhere.

There’s still a lot of time left Emile, take back the reins and steer your career back into the mainstream where you can do the most good.