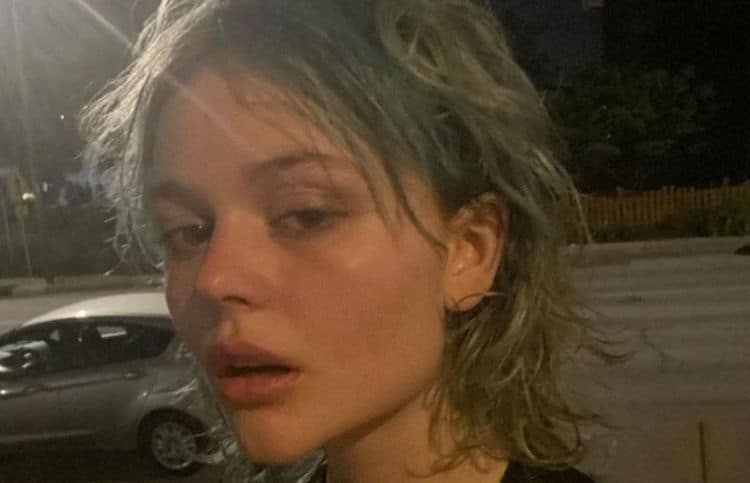 “Gossip Girl,” wasn’t on the air so long ago that we need to have a reboot, right? Well, it turns out that it’s not that new, we are that old, and yes, there’s a reboot headed our way. Emily Alyn Lind is the first new cast member announced, and she’s been teasing us about it for a few months now. She’s a talented actress we’ve all seen before, and she is headed back to the television screen to entertain us again. So, what else do we need to know about her? A lot.

If you think she’s familiar, you’re right. She was on “Revenge,” as the young Emily. She was on “Eastwick,” and “Code Black,” and she’s been in movies and other major television shows, too. She’s made appearances on shows like “Criminal Minds,” and “Days of our Lives,” and she’s not making it a thing, but she’s really talented.

Emily Alyn Lind is the daughter of famed producer John Lind, and her mother is actress Barbara Alyn Woods. She also has two sisters who are both actresses. She’s the middle daughter of three girls. Her entire family is in the business, so it’s natural that she’d be good at this.

Her precise date of birth is actually May 6, 2002. She’s still young being that she just turned 18 in 2020. She’s a legal adult, but she’s still a teen at the same time. The perfect age to play a girl from the Upper East Side in our favorite new reboot.

4. She’s Close to Her Family

They might all be busy being actresses and taking the world by storm, but she and her family are very close. She and her mother and sisters spend a lot of time together, and they seem like they are the very best of friends. We love that about this family.

5. Her Mom Did A Famous Show of Her Own

If you are sitting here thinking that you know her mom’s name from somewhere, it’s because you do. Her mother had her own primetime television show that did quite well. She was the lovely Deb Scott for nine seasons of “One Tree Hill,” which was a huge show with a huge following and a huge cast. Like mother like daughter, right?

6. She Wants to Bring Awareness

She might be young, but she knows that she has a voice and a platform – and she likes to use those for good. She makes it her mission to bridge the gap between things that need to be bridged. She wants to bring awareness to sensitive subjects herself and with her work, and that’s something she feels she can do to give back to those around her.

Not only does she love to sing, she’s also very good at it. She’s got a lovely voice, and she’s a talented young woman. We don’t know if she will get to use her ability to sing on the new show when it comes back to television, but we do think that we’d love to hear her.

8. She Likes A Routine

She said she’s good at being alone, and she likes a routine. However, she doesn’t want to have a strict one that keeps her from being spontaneous and having some fun. She likes to mix things up and have a little fun in life, but she does try to stick to a routine when she can. It’s how she stays on top of things and harmonized in her life.

9. She Loves the OG Gossip Girl

She is a young woman who might have been too young to enjoy the show when it originally aired, but she’s not so young she didn’t have a chance to binge-watch it. And, that’s what she did. She loves the show, and she did take the time to binge it. She didn’t have to, not that it hurts since she is in the reboot, but she did. And, she loved it.

10. She Didn’t Have A Normal Childhood

Her childhood was not a normal one, but she’s okay with that. She liked being able to work and to learn what she did. She feels she grew up really fast and was a lot more mature than most people her own age for a long time, but she’s all right with that, too. It helps her be who she is, and she would never change that about herself and her life.