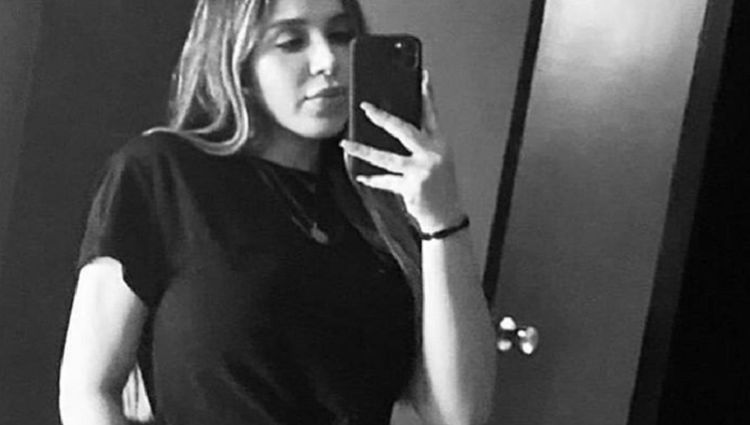 Emma Coronel Aispuro has recently become a reality celebrity personality after appearing on the VH1 series “Cartel Crew.” the show features a cast of real people who have been intimately involved with drug cartels throughout their lives. Although the majority of them are children of druglords or other members of infamous cartels, Emma is the wife of one of the most notorious and wanted men in the world in this era. We were interested in learning more about her and when we looked into Emma’s history and her current views on life, we made some very interesting discoveries. Here are 10 things you didn’t know about Emma Coronel Aispuro if you haven’t watched the show.

1. She is married to Joaquin “El Chapo” Guzman

Most of us remember the manhunt that was ongoing for one of the most notorious druglords of the century. Joaquin Guzman, also known as “El Chapo” was at one time one of the most wanted drug lords in Mexico. She met Joaquin in 2007 at a beauty pageant. She was only 17 at the time and the two had made an agreement to marry one another on that day.

When Emma married Guzman she was only 17 years old. She was born on July 3, 1989. As of 2019, she is 30 years old. She was born to her parents Ines Coronel Barreras and Blanca Estala Aispuro. She was born near San Francisco, California. Her father was a deputy of Guzman sanctioned by the United States Department of the Treasury through the Foreign Narcotics Kingpin designation. He was also a cattle rancher.

3. She was raised in a remote area

Because of her father’s occupation, Emma Coronel Aispuro was raised in a remote village of Durango called La Angostura. Even though she grew up in an area that was away from the mainstream she still had her dreams and aspirations to become a beauty pageant contestant. She was a contestant in the 2007 Coffe and Guava Festival beauty pageant that was held in Canelas, Durango when she made things official with her husband. She held a party on Three Kinds Day as a part of the requirements for her candidacy in the pageant. Her current occupation is listed as Beauty Pageant Contestant

4. She has twin girls

Emma Coronel became pregnant with twin girls. She traveled to the United States, arriving in Lancaster, California where she gave birth to the two little girls. Guzman is the father, but she did not put his name on the birth certificates at the Antelope Valley Hospital. The reason that she did not name him as the father is because there was a bounty for his capture offering five million dollars by the U.S. Department of State. The girls were born in the summer of 2012 and they are now 7 years old.

5. Emma remains loyal to her husband

Emma’s husband was captured, then he escaped, and he was recaptured again. He was sentenced to life in prison. Emma remains a consistent and strong advocate for Guzman, arguing with authorities that his life is in danger in prison and she has begged them for what she believes to be justice.

6. Her views are controversial

Emma Coronel Aispuro has been at the center of controversy as she has given her testimony on his behalf. Although in the court case that was held, he was depicted as a cruel killer, she counted that she admires him. She went on to discuss the details of their courtship amidst the testimonies of his violent and murderous behaviors, alleged by witnesses.

7. She was named as a co-conspirator in his prison break

In 2015, Emma’s husband Joaquin Guzman made a daring break from a maximum-security prison. He was successful in escaping, and a witness implicated him in the conspiracy to free him. Her husband had sent text messages requesting that she helped to set things up in advance of the breakout and stash weapons in strategic places. Although accused of being an accomplice, Emma remains free today. Many women who are involved romantically with cartel members either end up in jail or in hiding. It is obvious that Emma Coronel Aispuro is doing neither.

8. Guzman is more than twice her age

When Emma married Joaquin Guzman she was just 17 years old. She is now 30, and he is 62 which means that he is more than twice her age. She’s remaining by his side even though his lifetime prison sentence may mean that the couple will never be together again.

9. She is appearing in season 2 of “Cartel Crew”

Emma is scheduled to appear in the second season of “Cartel Crew” on VH1. The series follows the lives of the family members of people involved in drug cartels. Although this seems like a very dangerous thing to do, Emma is still moving forward and we are told that she will open up to viewers about what her life has been like after her husband’s incarceration. She will also discuss her new business venture that is in the works. She has two daughters to care for so she must go on with her life without him to make a future for herself and her children.

10. Emma was recruited by Michael Blanco

Michael Blanco is the son of Griselda Blanco, who is known as the “cocaine godmother” in Colombia. He is currently a member of the cast and when he was seen visiting her on her yacht, it was assumed that it was for the purpose of recruiting her for the show. She was surrounded by her bodyguards while the two engaged in talks and negotiations. As it turns out, the rumors about this were true and she has in fact decided to join the cast of “Cartel Crew.” One of the requirements of being on the show is that every member of the cast must be completely disconnected from their past life of crime. It’s not a show that is intended to bring any glory to drug cartels or to the lifestyle. The show is not about reliving the past but rather about how these people have moved on with their lives. make our own means in a legitimate way. â€¦ Weâ€™re not showing the past, weâ€™re showing the present and the future.â€