Home
Shameless
What Should Emmy Rossum Do When Shameless is Over? 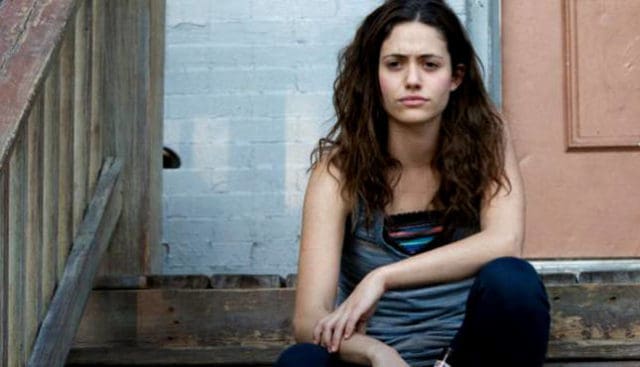 Shameless is one of the most popular, relevant, and entertaining television series running today. A great deal of its success can be attributed to its writing and directing. However, fans have fallen in love with the show largely due to the performances of the main cast, led by Emmy Rossum.

Rossum, as Fiona, has delivered season after season of powerful, funny, and heart-wrenching performances. With the eighth season approaching, many have wondered whether she will stay on television after the series ends or if she will transition to film. While she could be successful in either industry, her future should be devoted to movies instead of television. Here are a few reasons why this is the better choice:

While pay for television shows has gone up in recent years, it still does not compare to the earnings of top movie stars. Rossum is such an extraordinary talent that her transition to film will likely have her starring in prominent pictures immediately. Appearing in a few movies each year will likely boost her earnings well above what she pulls in now.

The Film Industry Needs Her

One of the main issues that has plagued Hollywood for many years is the fact that women are simply not being paid their due for starring roles in movies. A combination of discrimination and the fact that women face so much pressure to break into the industry has resulted in many talented actresses not fighting for what they are worth.

Rossum can help lead the way for women to refuse to be shortchanged. Filming for the eighth season of Shameless was even temporarily delayed because she threatened to leave the show if she was not paid her due. She had been paid less than co-star William H. Macy for several years and argued that she should be paid more in order to compensate for this past unfair treatment. Luckily, production has moved ahead and Rossum will be appearing in the next season.

With Rossum-led movies, it can be certain that equal pay for equal work will be a requirement.

She can diversify her acting

Fiona Gallagher is a character with great range and depth, embodying wide range of traits like strength, weakness, courage, love, and humor. However, she is still just a single character. Rossum could benefit from appearing several completely separate films each year, allowing her to show her remarkable range. While television shows do allow a deeper perspective into a character, devoting herself to films will allow her to explore a greater number of characters.

She already has experience in film

Fans likely know Rossum best for her performances on Shameless. However, she has already appeared in quite a few films. Her filmography includes notable pictures like Mystic River and Beautiful Creatures. While she has spent the majority of her career on television, focusing on films will not be a foreign experience by any stretch of the imagination.

Rossum is not only one of the most popular actors on Shameless, she is one of the most popular actors on television period. Her wide range of skills have led many to believe she may be destined for a future in movies. There are many reasons why this would be a wise choice, including the fact that she can earn more money, help women stand up for what they deserve, and enjoy more diversity in her roles. Regardless of which avenue she chooses to pursue, fans will certainly have many opportunities to watch this incredible performer as her career progresses.