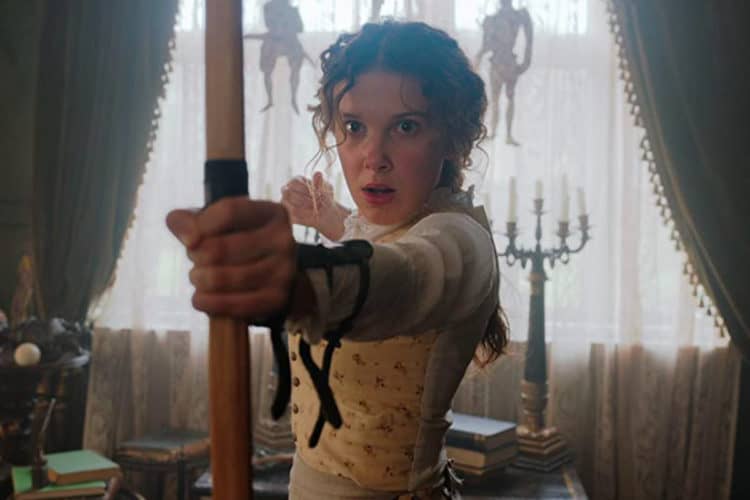 It’s pretty obvious that a lot of people enjoyed the idea of Enola Holmes since she’s coming back to Netflix for another season, but it’s not likely that we’ll see this until 2022 at the soonest since as of now production hasn’t really started and it’s bound to take a while to free up the schedules of the main stars that are returning. Millie Bobby Brown and Henry Cavill, who are both returning as the titular character and her famous brother Sherlock, respectively, have been in high demand for a while now and it doesn’t look as though their popularity is on the decline. There’s no doubt that people will be just as psyched to learn more in the months to come as the project moves forward. For now, it’s fair to assume that a lot of people are hoping to see more of Eleven as we come closer to the next season of Stranger Things. Brown has been a very in-demand individual since her appearance on the show and her continued appearances have made that clear as she’s been popping up here and there in big productions since her inclusion. To think that she might have once thought about quitting acting is kind of amusing now since she would have missed out on so much. Enola Holmes has become an idea that a lot of people have their own opinion about, but so far that opinion has been largely positive since the character has been widely accepted and perhaps is about to prove herself as a worthy successor of her big brother, Sherlock. There are those that might chuckle and state that she’s exceptionally clever for a young woman her age, but that she likely can’t hold a candle to Sherlock just yet. Those folks should probably watch the first season and then reassess their opinion, if only because Enola is not some starry-eyed young maiden that is simply playing at being a super-sleuth. Much like her brother, she’s a fully capable individual that knows how to handle herself.

It is tough for some grown men to accept that young women like Enola can be anything but a bother to them, but it’s also a fatal flaw because it might make some men careless and therefore force them to react with anything less than deadly intent at the right moment. This is what has saved Enola thus far since capable or not, it’s fair to assume that in any other situation her story might have ended had her attackers been a little more competent and not as blinded by the fact of who and what she is. Seriously, whether a person wants to admit it or not, grown men will often pause before striking a woman, let alone a young woman. Some don’t have that filter but still think that they’re simply stronger and can overpower a young woman like Enola, but making the mistake of thinking her to be weak is something she’s excelled in exposing in others. Plus, the amusing fact that she figured out the particulars of the case in the first movie ahead of her brother makes it clear that she has a different perspective that helps her out even as it invites even more danger into her life. Enola is a quandary to be certain, a young woman that can be elegant and proper, but who can also get down and dirty when she has to, which is something that more men have a lot of respect for these days. It’s not hard to find a man that would admit that they enjoy a woman that isn’t a complete girly girl but can lace up her boots and get down to work when it’s needed.

The fact that Enola is just as tough as she is intelligent is a sign that this particular family is extraordinarily gifted, and that it’s simply a matter of what they do with their gifts since Mycroft isn’t exactly cut from the same cloth as Sherlock or Enola and is a little too stodgy for much of the first movie. If he comes back it wouldn’t be too surprising, but the fact that Cavill is returning is encouraging, and there’s even word that Watson will be included in this next movie, which would make things a little more interesting. Whatever else is said of Enola Holmes, it should be expected that the second movie could easily be as good as the first, and depending on the challenges that are laid in front of Enola it’s fair to say that people will be eager to tune in again and enjoy the show. There are times when retelling old stories tend to flop in a big way, but this attempt to tell a new story that is an offshoot of another, more well-known tale has been successful so far.