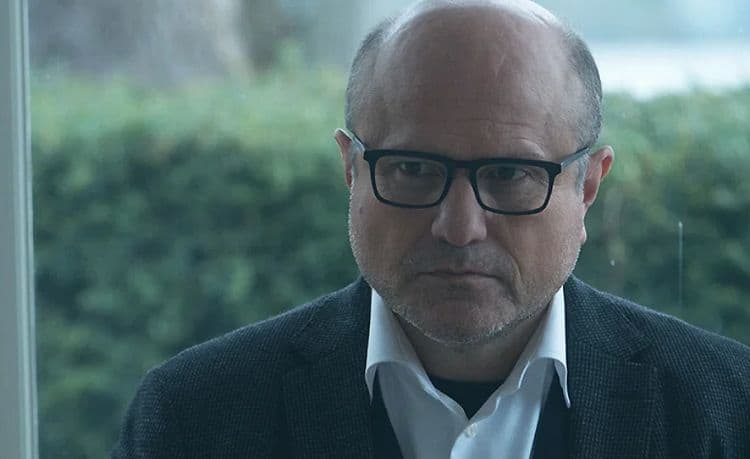 Enrico Colantoni is the type of actor who can do a little bit of everything. Throughout his career, he has been able to work in a variety of genres on the big and small screen. His resume now includes dozens of credits, but Enrico is most popular for his roles in shows like Veronica Mars, Flashpoint, and Persons of Interest. No matter what kind of project he’s working on, he can always be relied on to bring his A-game and put on a show that won’t soon be forgotten. While his fans are still awaiting his first on-screen appearance of 2021, he has plenty of great projects to go back and watch. Keep reading for 10 things you didn’t know about Enrico Colantoni.

Enrico has been a part of the American entertainment industry for so long that most people have probably assumed that he’s from the United States. In reality, however, he was actually born and raised in Toronto. Like a true Canadian, Enrico is a big hockey fan and the Maple Leafs are his favorite team.

Enrico has never been one to parade his personal life in front of the public, but one thing he’s always made clear is that he’s a very proud father. He has six children: two from his first marriage to Nancy Snyder which lasted from 1997 to 2004 and four with his second wife Rosanna Francioni.

3. He Studied At Yale

There are lots of actors who believe that going to acting school is a waste of time. They insist that the best way to start an acting career is to simply get out and start applying for jobs. Erinco, however, would have to disagree. He believes that his acting education has been instrumental to his success. Enrico has a master’s degree from the Yale School of Drama.

4. He Has Done Voice Work

At this point in his career most people are used to seeing Enrico’s face on their screens, but what they may not realize is that he’s also been a part of some animated projects. Enrico has voiced several characters such as Dr. Cyrus Bortel in Kim Possible and Glorious Gordon Godfrey in Justice League.

5. He Has Behind The Scenes Experience

If you thought that acting was Enrico’s only contribution to the entertainment industry, it’s time to think again. He has also gotten to experience what it’s like to be on the other side – literally. He has written and directed a handful of projects and he’s also done some screenwriting.

6. He Is Involved With Charitable Causes

Enrico has always been passionate about giving back to others and he has partnered with some charitable organizations over the years. He has been very active with The Tema Conter Memorial Trust which is dedicated to helping first responders and other professionals deal with the effects of PTSD. He is also passionate about animal rights and has collaborated with Companion Animal Protection Society’s.

Even though Enrico is Canadian, his family’s roots trace back to Italy. As most people know, food is a very big part of Italian culture. Enrico told Bullz Eye, “I like to cook, but I wouldn’t say I’m a chef. But I like to throw things together, and sometimes it sticks and sometimes it doesn’t. I like to cook for the kids; I like to cook on a Sunday afternoon and invite people over. That connects me to who I am and where I come from.”

8. Theater Is His True Love

Like most professional actors, Enrico has had to take on-screen roles in order to make a living, but the stage is where his heart really is. He said, “If actors could actually make a living doing theater, that would be my first choice. Sitcoms are the closest thing to being onstage in front of an audience.”

9. He Loves Connecting With Fans

Enrico has built a very solid fan base and he’s thankful for all of the people who have stuck with him throughout his journey. He is serious about maintaining strong relationships with them and he enjoys getting the chance to connect with fans via social media – especially on Twitter.

Enrico has been acting professionally for more than 30 years and he has managed to accomplish a lot during that time. As of now, he has 90 on-screen credits (including voice roles) and there’s no reason why he can’t reach 100 within the next several years. If you were to include Enrico’s theater work he probably already surpassed the 100 mark.