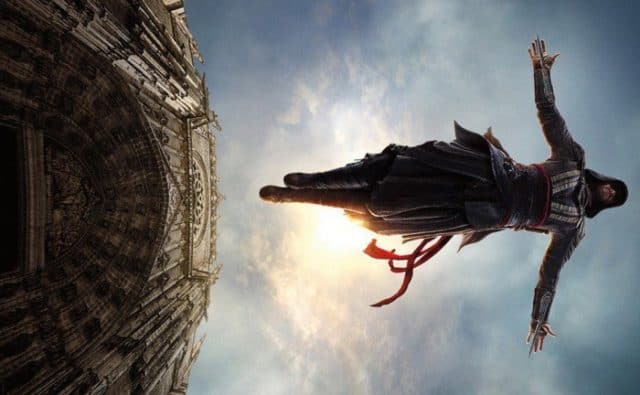 Assassin’s Creed has been a widely accepted and highly popular video game franchise ever since its inception and the game’s exposure has only grown in the years since. After all there is just something so enticing about a game that allows you to strike from the shadows and change the course of history through one seemingly random act of violence. It is a demanding life however, and a very strict code by which the Assassins and the Templars must live, or there is nothing save chaos that will be left.

The Templars are all about control and domination. They seek to rule over everything and keep their subjects under thumb in all ways. The Assassin’s oppose them by seeking to promote freedom in all things. But they are not perfect either by any means. They must do the vile and most disgusting things just as the Templars do in order to keep the peace in their own regions. It’s when the two vie against one another in open warfare that the blood really begins to flow.

Since the time of the First Civilization control has been the name of the game. The First Civilization created humans as slave labor in an effort to keep them under their control. However, Adam and Eve eventually set the foundation for the Assassins while their son Cain would set the foundation for the Templars. And so the stage for the eventual war would begin to form.

Once the First Civilization was wiped out by a solar flare only a single member, Juno, was left alive. She sealed herself away so that she might survive and live to find a way to pursue the goals of the First Civilization yet again. It is only when King Xerxes I of Persia is assassinated that the war truly kicks off.

From that point on it is nothing but outright war between the two factions, with prominent assassins and Templars joining the battle as the two factions seek to one up each other throughout history. Everyone’s favorite assassin Ezio does his part after his father and two brothers are hanged by the Templar order. For well over three decades Ezio does his best to harangue and damage the Templar order as he takes his revenge for his family and does what he can to insure that the Assassins will continue to thrive.

Edward Kenway would then take up the mantle of the assassin after being placed in confrontation between the two factions. Eventually he would be killed in his home, and in a cruel twist of fate his son Haytham would be taken by the Templar order and turned into one of their deadliest killers. Almost four decades later however Haytham would be subjected to a strange sense of irony as he was killed by his own son, Connor Kenway. At that point the Assassins take control of the North American continent.

The war between the Templars and the Assassins still rages on in this era and is shaping up to be something uniquely epic so long as people continue to find it interesting enough to follow. That shouldn’t be a problem, Assassin’s Creed is without any doubt one of the most favored and detailed franchises to ever come along.