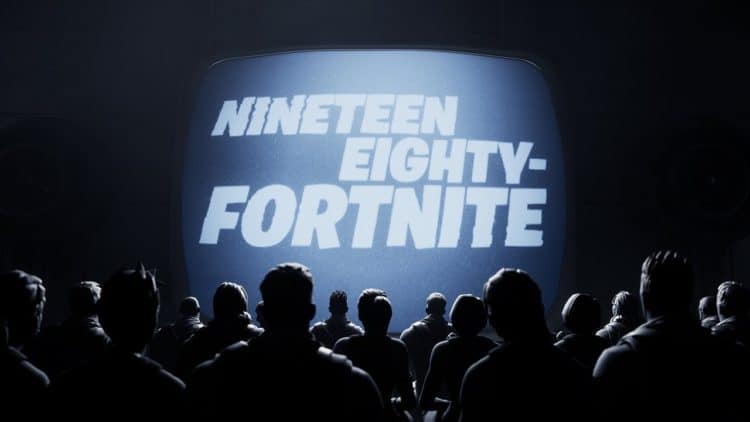 The funny thing about being a revolutionary is that eventually the revolutionary becomes the oppressor in someone’s eyes, as Apple has become in the eyes of many people that want to play Fortnite on their devices and apparently can’t. Epic is obviously taking a stand to make this happen while at the same time doing the same thing that Apple apparently did back in the day. It’s funny how all this plays out since one person can appear to be the good guy in one era, while they’ll be seen as the villain in another, which means that someone has to stand up and be the revolutionary once again until they stick around long enough to become the villain. Some folks won’t see it this way, but then again some folks will see what they want to see and disregard the rest since many might believe that the masses are unintelligent and uninformed and are ready to simply follow the talking heads that tell them what to do. There’s a fine line to be walked between oppressor and the oppressed and it’s stomped upon continually as history has shown since many people, whether they want to think of themselves as ‘woke’ or not, tend to think that their way is the best way, or will insist that the way people are being guided is wrong even if they don’t have a firm solution.

Some will likely think that this is over a video game, and they’re not wrong, but they’re telling the whole story either. Acting as though one is standing up against tyranny when trying to ensure that people can play a popular game is hard to argue for or against since it feels like something that should be able to reach a fair compromise, no matter what that might be. But making big corporations out to be the evil, greedy machines that they’re represented as and the revolutionaries as those that are trying to ‘set you free’ is a trope that has been pushed so often that it’s grown a bit stale and doesn’t have the same effect as it used to. In fact, the effect is that things go a little more out of control than ever before and people will change sides in a heartbeat since while a good number of them are simply wanting life to make sense across its various aspects, some are actually waiting to be told what to do, how to act, and how to ‘be free’. Like it or not, some folks don’t know how to think for themselves even when their supposed controllers are out of the picture.

The whole idea of 1984 becoming a reality and the state subjugating the people is one of that many people would argue has already occurred and continues to happen when big corporations are allowed to operate as they do in order to continually thrive. This idea is something that might carry some weight but it’s also a bit dreary since it indicates that people have no real freedom of choice, of thought, and are simply bound to go where they’re led when it comes to the world around them telling them what to do. Again, people would argue that this is already happening and it’s hard to argue against it since a lot of folks tend to allow themselves to be guided, led, or told what to do more often than not. But the lack of any real compromise at this time is something that indicates that not only are both sides willing to let the problem fester and continue to affect those that are looking forward to playing the game, they’re also both so entrenched in their own beliefs that they can’t see a way to reason with each other in order to find any common ground. As far as Epic mocking Apple’s commercial it’s inventive, to say the least, and should carry the kind of punch that Epic is hoping for, but whether or not Apple is really going to pay attention is a big question that Epic should be asking since this kind of response is something that might make a lot of sense to a good number of people but is still considered to be more or less one company seeking to invoke change through ridicule.

Maybe I’m wrong, maybe Epic has the moral high ground and needs to be taken a little more seriously by Apple and everyone else. But it still feels as though mocking someone that has a different ideal is a very suspect way to go about things since it doesn’t solve much and it certainly doesn’t advance a conversation. What it does tend to do is make people angry and make it clear that shots have been fired and the fight is bound to continue.