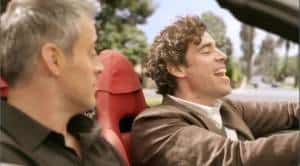 Only the third episode in and the Lincolns are already in a split decision regarding the future of their show. Limon’s Boys is now called Pucks, as the nefarious headmaster has become a hockey coach. I can only imagine how the Hollywood process would drive people to drink (and more). Hell, writing about the process drives me to drink!

Merc continues to annoy. Of course, he has some funny lines but he is such a complete ass I want someone to knock him down a peg or two. On the other hand, Carol, who I had no interest in is coming around. She’s getting a conscience and her human side is showing. I suspect she will be handily in their corner by the end of the first season.

Matt tries to get Beverly and Sean to change the lesbian librarian to a straight librarian. Bev’s first (and only) instinct is she thinks it’s all about Matt’s ego and refuses to budge on the topic. Since it seems Matt feels close to Sean, Beverly officially leaves all communication with Matt to Sean. What does this mean? They become friends.

This works in many ways. It makes Beverly feel completely left in the cold. We get to know Matt isn’t some celebrity has been with a god complex, and Sean gets to have the kind of fun we would all like to have with a famous person. It’s not just a show about ridiculous Hollywood caricatures any more, but real people we’re starting to like and care about. 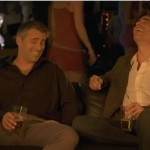 Beverly is jealous, in spite of herself. But in the end, she has to admit Matt is not a bad guy, nor an idiot. Just because he was stuck with Joey doesn’t mean he has no business smarts. When the finally get to the ‘lesbian business’, Matt tells him how human and vulnerable the character seems loving a lesbian who won’t ever love him back. He gets it. But the full of Limon’s Boys only went for 24 episodes through four series. That’s one season here. He says if they’re on 100 episodes viewers will be banging their heads against the wall saying. ‘how many times the guy hit on the dyke?’

Beverly needs to make some friends of her own. She’s smoking with the child actor, getting scoop on the costar who looks 20 but is older than she, and getting snarky with Carol, but she need to find what Sean has with Matt. 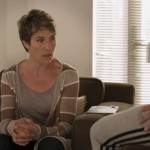 I love Sean and Beverly’s relationship. They are so real. It’s the type I would aspire to have; caring, biting, annoying, loving…they’re best friends.

Note that I am aware this episode was about the serpent known as Matt’s ‘package.’Much as I tried, I cannot put into words the enjoyment of that bit. The REAL Matt even came out to say he is of human proportions. They played it very well, even though I can’t bring myself to write about it. It does give you a reason to tune, no?

Quotes that I loved:

‘The last time you pissed him off, we found ourselves running a show about a hockey coach. I don’t know what new level of hell you’re hoping to relegate us to!’- Sean

‘Look at me! How cool do I look driving this?!’- Sean
‘Seriously? Even I don’t look cool with you driving this.’- Matt

‘I think it’s fun.’- Wardrobe guy
‘No, no, it is very fun. But she’s a librarian, not someone who may have relatives in Whoville. Remember, we talked about her being a strong, confident woman…’- Beverly
‘Well, who else would wear this?’- Wardrobe guy
‘I don’t know, maybe a cat. Perhaps in a hat!’- Beverly

‘That girl, somewhere she’s a got a painting of herself, and it’s looking like all kinds of stuff.’

What did you think? Go to the forums to discuss, post some comments, get involved with us. We’d love to hear from you!! An open invitation to talk about a penis in the forum…how can you refuse?