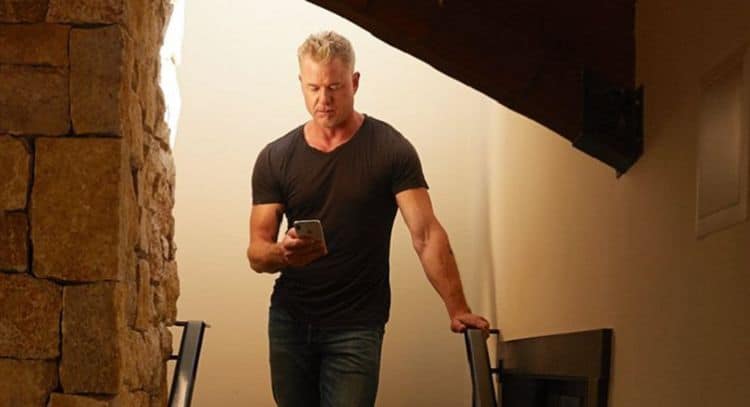 Eric Dane is an American actor who is best known for his role as Dr. Mark Sloan in Grey’s Anatomy. He has also starred in Charmed and The Last Ship. Here are ten things about him that you may not know.

1. He Was Raised In The Jewish Faith

He was born and raised in San Francisco by his Jewish mother. His father was an interior designer and architect who was killed when Eric was seven. His mother’s faith was very important to her and both Eric and his brother were given a Bar Mitzvah. Eric remained living in San Francisco until he moved to Los Angeles when he was 21 in order to further his acting career.

He told Entertainment Weekly that he enrolled in a drama class at high school, thinking that he would not have to attend. He knew the person that was taking attendance and so thought he would be able to skip class. However, he ended up being talked into taking part in the school play and was surprised at how much he enjoyed it. After this he knew that he wanted to make a career out of acting.

3. He Has Starred In Two TV Movies Based On True Stories

In the early days of his career he starred in a couple of TV movies. The first of these was based on the story of Margarethe Cammermeyer, a gay woman who took the National Guard to court when she was dismissed for disclosing that she was a lesbian. Cammermeyer was portrayed by Glenn Close. He also starred in a short series based on the story of Diane Borchardt, a teacher’s aide who convinced three high school students to murder her husband.

4. His First Recurring Role Was In Charmed

The first recurring role that he had was as Jason Dean in Charmed. His character was introduced in season five and he also starred in season six. He was the owner of the newspaper that Phoebe worked for and the two of them started dating. Although Eric did not appear in every episode of season six, his character was consistently referred to during the whole season. Before he starred in Grey’s Anatomy, this would have been the role for which he was best known.

5. He First Appeared In Grey’s Anatomy As A Guest Star

His role in Grey’s Anatomy was originally only supposed to be a guest role. However, the character of Mark Sloan was so well-received that the decision was made to make him a permanent addition to the cast. He appeared in season two as the childhood friend of Dr. Shepherd. He became part of the main cast in season three and remained part of the show until the character died in season nine. According to Cinema Blend the reason that he left the show was to pursue other projects. He took on the role of Tom Chandler in The Last Ship shortly after he left the show.

6. He Won Two Awards While Part Of The Grey’s Anatomy Cast

The cast of Grey’s Anatomy won two awards while he was part of the cast. They were nominated for a Screen Actor’s Guild Award for Outstanding Performance by an Ensemble in a Drama Series twice, winning once. They also won the Satellite Award for Best Cast in a Television Drama. The show is considered to be one of the best medical dramas of all time as well as one of the longest running. Shonda Rhimes has referred to Mark Sloan as one of the shows most beloved characters.

7. He And Patrick Dempsey Were In The Movie Valentine’s Day Together

As well as starring in Grey’s Anatomy together, Eric and Patrick Dempsey were also in the movie Valentine’s Day. The two characters did not share much screen time together but they would have had a lot of fun behind the scenes. The film was based around the separate stories of several different characters, but there was usually some interaction with other people in the film. The film was made with an ensemble cast that included some of the biggest names in Hollywood such as Julia Roberts, Bradley Cooper and Jamie Foxx.

8. He Has Two Daughters With His Ex Wife

He and his ex-wife Rebecca Gayheart have two daughters named Billie and Georgia. Although the couple are no longer together, they remain good friends and co-parent their daughters. They are both actors and so sometimes it can be hard to arrange their schedules so that there is always someone there for their children. However, they do their best to make it work as their daughters are the priority for both of them.

9. His Estimated Net Worth Is $7 Million

Married Biography reports that he has an estimated net worth of $7 million. This would have come predominantly from his work as an actor, particularly the shows in which he was part of the main cast. He starred in five seasons of Grey’s Anatomy and The Last Ship and so he would have earned a substantial income from working on these two shows. He also worked as a producer on The Last Ship and this would also have contributed to the total income that he earned on this show.

10. He Will Be Starring In The Second Season Of Euphoria

The release date of season two of Euphoria has yet to be announced, but it has been confirmed that Eric will be part of the cast. He plays the character of Cal Jacobs in the show, and this character is very different to the roles that he has played before. He has said that this was one of the main reasons why he signed up for the show. His character had a one night stand with a teenager in the first episode and as the show progresses it becomes clear that he is someone who treats others very badly.