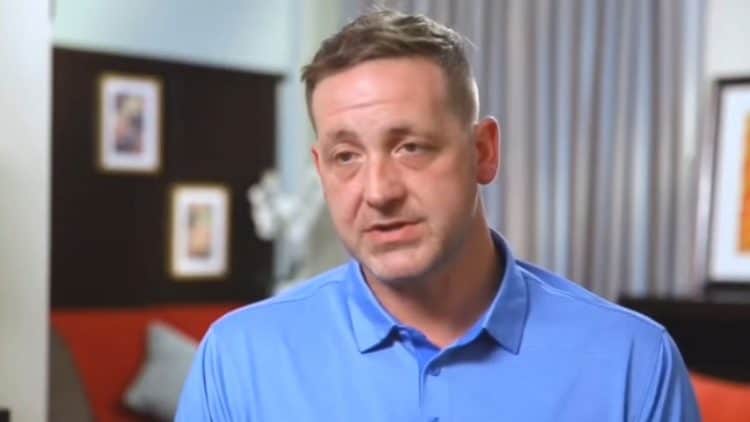 Eric Rosenbrook isn’t one of the most popular 90 Day Fiance cast members, but he’s certainly one of the most memorable. After appearing on the show in 2018, Eric left a lot of viewers shaking and scratching their heads. His relationship with his now wife, Leida, seemed to be getting off to a rocky start, and it was clear that Eric wasn’t in the best position financially. However, despite the odds being stacked against them, Eric and Leida have continued to make it work. Even though there’s no word on whether or not Eric will be returning to the 90 Day family, viewers are still interesting in knowing how his story pans out. Keep reading for 10 things you didn’t know about Eric Rosenbrook.

1. He’s Not Active On Social Media

Most people who have been on a reality TV show work hard to build a social media presence. Having a strong presence online makes it easier for people to remain relevant long after their show has gone off the air. However, it looks like Eric has given up on social media – at least for the time being. He used to be active on Instagram, but he has taken a step back and no longer has an account.

2. He Claims 90 Day Producers Threatened Him

3. He Says Editing Made Him Look Bad

There were a lot of things that happened on the show that didn’t make Eric look like the best father or husband. However, he says that this portrayal was the result of heavy editing done to manipulate the story line. Eric isn’t the first person in the reality TV to claim that editing has has made him look bad.

4. His Wife Filed A Restraining Order Against His Daughter

Anyone who watched Eric’s storyline unfold on 90 Day Fiance probably remembers that he and his daughter, Tasha (who now goes by Alari), didn’t have the best relationship. This ultimately resulted in Alari and Leida having a bad relationship as well. At one point, Leida even filed a restraining order against Alari although it has since been dropped.

Eric may not be active on social media, but his wife is. Leida is active on several platforms – especially Instagram. Although she doesn’t post photos of Eric very often, she recently posted a picture of the two of them together. Based on the hashtags used in the picture (#maga #trump2020) it’s very clear that the Rosenbrook family supports president Trump.

Being on a reality TV show doesn’t necessarily mean you want people in your business. Eric Rosenbrook is proof of that. He seems to like to keep his personal life. Outside of things that have to do with the show, he hasn’t really said or revealed many details about himself.

Leida is definitely doing everything she can to capitalize on her 90 Day Fiance fame. She is very active on several social media platforms including YouTube. Her channel currently has over 4,000 subscribers and focuses on vlogs, cosplay, and other subjects. Eric sometimes make appearances on the channel to discuss things with his wife.

8. He Works In Aviation

Like many other people who have been on 90 Day Fiance, Eric was very open about his struggles with money. However, it was unclear exactly what his situation was when it came to work. According to Heavy, Eric works in the avation field and as a mechanic.

9. His Relationship With His Kids Could Still Be Up In The Air

Eric’s parenting skills are the thing that got him the most criticism during his time on the show. He seemed to be very adamant on doing whatever Leida wanted, even at the expense of his children. Things reached a boiling point when Eric asked his daughter to move out of the apartment they shared so he, Leida, and Leida’s son could have the place to themselves. His behavior caused a rift in his relationship with his children, especially Alari. Unfortunately, it looks like things still haven’t been completely repaired.

10. He Likes To Share Information On The K1 Visa Process

Marrying someone from another country can be very complicated and this is always a part of couples’ journeys on 90 Day Fiance. Since being on the show, Eric has provided more insight on the process of applying for the Visa with a partner and the experiences he and Leida’ had.