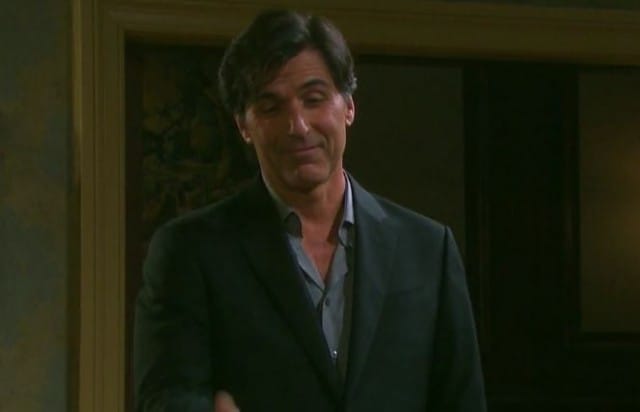 Daniel is gone, and Thursday is just difficult to deal with for everyone in Salem on Days of Our Lives. Despite the fact that he was a man who had his share of problems — and who doesn’t? — the people in this small town loved Dr. Dan and they are all heartbroken about the fact that he died in New Year’s Eve. Well, he didn’t die right away. He suffered from serious trauma to his brain, and his heart was given to Brady, who feels as if he is turning into Daniel with his heart in his body. His funeral is simply too much to bear for many of the residents of Salem, and the tears flowed freely on Thursday. This is a man who will clearly be missed, though this is a soap so he could return at any point in time by some medical miracle or something else like that at some point.

The memorial service hasn’t been held yet since everyone wanted to wait for Brady to heal in time for the service. He is the person with Daniel’s heart in his body at this point in time, and there is nothing that he wants more than to be there for his friend when they lay his body to rest. Eric is at fault for the accident, considering he was drunk driving, and he is suffering more than anyone else with the guilt of the accident with him for the rest of his life. He will never get over what happened, and we can see his pain and his suffering on Thursday. He’s been arrested and he has no problem with that because he feels it’s a small way that he can pay for what he did to so many people when he made the decision to get in the car and drive while intoxicated.

We saw that his fiancÃ©e, Nicole, is heartbroken. She cannot get over the fact that Dan is gone and that he is not coming back. Of course, she knows that Brady is dreaming of her and that he is having feelings for her that he believes are Daniel’s. She knows that Brady is not Daniel, but he does have Daniel’s heart and she is clinging to hope that there is some part of the man she loved inside of him right now. Daniel’s ex, his mother, and his son and daughter are there to say goodbye, and watching their heartbreak is enough to make us tear up, too. There was nothing easy about watching any of this on Thursday’s episode of the show. It was particularly touching to see Brady allow Parker listen to his heart and then tells him that Daniel will always be a part of him and that Parker is also a part of him now. Excuse us while we go cry our eyes out for a moment. 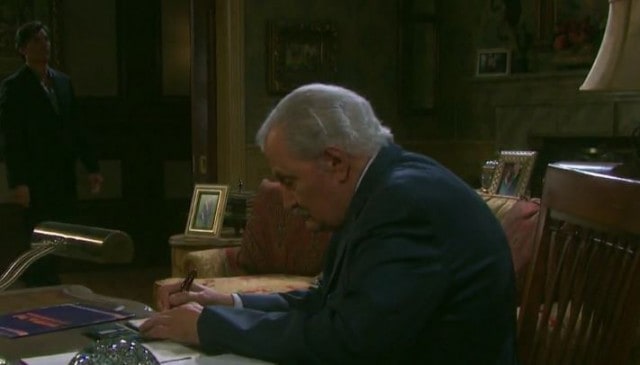 Eric was released in time to make it to the funeral, but he has to mourn in his own way. He clearly doesn’t feel as if he belongs there knowing that Daniel’s death is on him, and he seems not to want to make anyone suffer any more than they are already suffering. He knows his place since driving drunk, and it was not at the funeral. What’s even more awkward is the fact that Melanie is there to bump into Brady, and there is nothing about that going over well for anyone. For one, Melanie was run out of town by Theresa, who is now in a relationship with Brady, who is actually having feelings and dreams about Nicole, so it’s awkward all the way around in this situation.

Everyone is mourning at the moment, and the entire episode focused on the heartbreak that this small town is currently enduring. Especially JJ, who has dealt with the deaths of two important people in his life, two people who helped him change for the better. We can only hope that he will be able to stay on track now that so many horrible things are happening in his life, and we hope that he can do that without breaking down, turning to his old ways or falling into a trap of being someone he no longer wants to be. The show was emotional, and it was not easy to watch. Stay tuned to see how the people of Salem will handle the aftermath of the funeral and the fact that they are now forced to move on from this horrible loss.