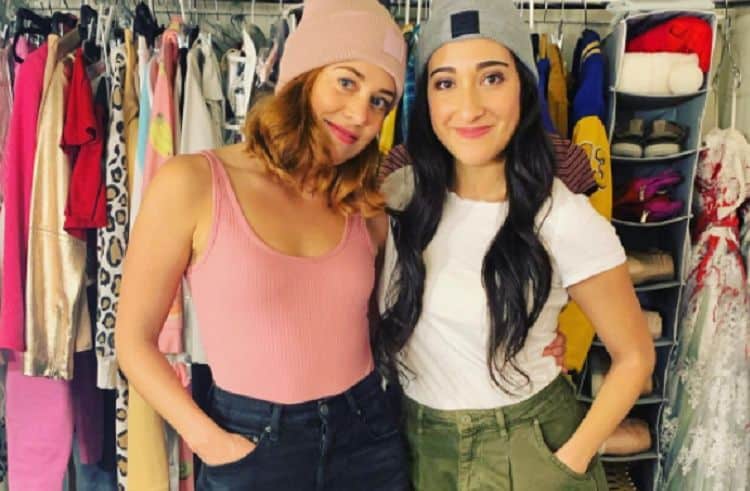 Erika Henningsen is only in her 20s, but she’s already accomplished more than some entertainers can only dream of. Her acting abilities have allowed her to reach people all over the world on the stage and on the screen. Although she doesn’t have much on-screen experience at the moment, that’s all about to change. Erika has a recurring role in the new TV series Girls5eva, and her work is already getting her a lot of attention. If the show continues to be a success, it could prove to be Erika’s big break in the TV world and could lead to us seeing more of her in the future. Continue reading to learn 10 things you didn’t know about Erika Henningsen.

1. She’s Been On Broadway

If you take a look at Erika’s on-screen resume, you might feel like it’s a little skimpy. However, it’s important to keep in mind that what she’s done on-screen isn’t the extent of her acting work. She has also had a very successful theater career which includes roles in Broadway productions such as Mean Girls and Les Misérables.

Erika doesn’t have any human children, but she’s still technically a mother. She is the proud pet parent to an adorable dog named Lennox who she adopted after fostering her through Muddy Paws Rescue. During an interview with Bixbi Pet, Erika said, “I think any dog owner would say that it’s like your dog opened up a whole new community of people that you talk to and see. Now maybe you only know them by their dog’s name, but you still know that.”

An entertainer’s success is typically measured by whether or not they’ve won any awards. So far, Erika has managed to take home a few. In 2018, she won a Broadway.com Audience Award for Favorite Breakthrough Performance (Female). She was also named Star of the Year by Broadway.com in 2018.

If you or someone you know is a huge fan of Erika’s work, you may be excited to know that she has an account on Cameo. Through the platform, Erika is able to record and sell personalized video shoutouts. At the moment, she is charging $70 per video. People can also pay an additional $2.99 to chat with her.

The entertainment industry can be very hectic. No matter how much a person loves it, they still need to take time to themselves to enjoy some peace and quiet. When Erika gets some free time, she loves to spend it reading. She enjoys a variety of books and often shares recommendations with her followers on Instagram.

The last few years have been a whirlwind of great things for Erika. In addition to things going really well for her on a professional level, she has also been enjoying lots of happiness in her personal life. She is in a relationship with fellow actor, Kyle Selig. The two met in 2017 at a tryout for Mean Girls.

There are certain subjects that lots of people in the public eye like to stay away from out of fear that they will rub people the wrong way. Erika, however, is very passionate about the things she believes in and she isn’t afraid to speak her mind. She has consistently shown her support for human rights causes such as the fight to end racism. She also isn’t shy about sharing her political opinions.

9. She Loves Giving Back To Others

Erika has always been very passionate about using her platform to give back to those in need. She has stood behind several causes over the years and has collaborated with several charity organizations including Broadway Cares/Equity Fights AIDS and Sign for Hope.

10. She Was In An Episode Of Saturday Night Live

When Erika entered the TV industry, she did it with a bang. Erika’s first TV appearance was an uncredited role in an episode of Saturday Night Live in 2018. Sure, the role wasn’t very significant in the grand scheme of the episode, but it was certainly a significant moment in Erika’s career.