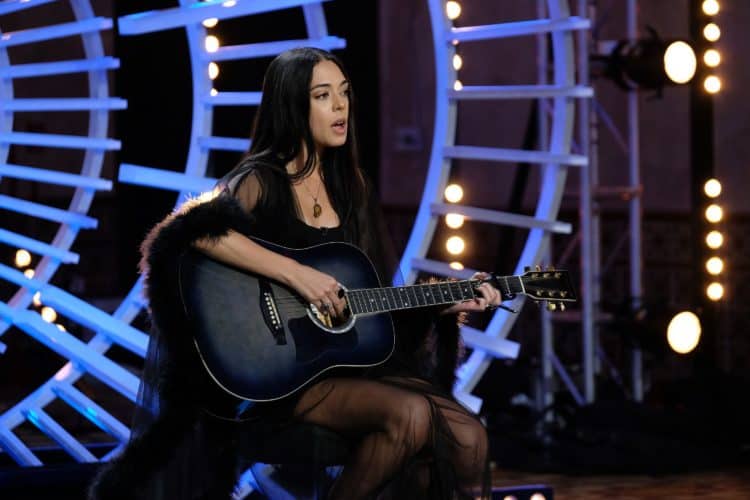 As a singer, Erika Perry has been waiting for years for her big break opportunity, and it looks like it’s finally here. Her recent audition on American Idol was one of the most interesting of the season. Her cover of “E.T.” by Katy Perry got off to a rocky start when the judges questioned whether or not she was making the best style choices. Fortunately, Katy Perry stepped in with some feedback and Erika was given another chance to perform. After some deliberation, Erika earned her ticket to Hollywood and her journey on American Idol will continue into the next round. Here are 10 things you didn’t know about American Idol contestant Erika Perry.

1. She Is An Orange County Native

At the moment, there isn’t much information on Erika outside of her affiliation with American Idol, but we do know that she is originally from the Orange County area and it appears that’s where she currently lives. Like a true California girl, Erika loves hanging out at the beach in her free time.

2. She Is Struggled With Low Self Esteem

Before starting her audition performance, Erika shared that she has dealt with bullying and other mean comments throughout her life. As a result, she’s struggled with feeling confident in herself and her abilities. At the end of Erika’s performance, Kate Perry also shared some insight into her own struggles with self esteem.

3. She Is A TikToker

Erika certainly isn’t the most active social media user in the world, but now that she’s on the show she’s working on building her online presence. She started posted on TikTok in February of 2021 and she’s already gotten more than 2,300 followers. What’s even more impressive is the fact that her content has gotten more than 36,000 likes.

4. She Is A Private Person

Once some people find themselves in the spotlight, one of the first things they want to do is start sharing their business with anyone who will listen. Erika doesn’t appear to be that type of person, however. In fact, so far she seems to really enjoy her privacy.

5. She Hasn’t Released Any Music

Unlike some of the other contestants on the show, Erika hasn’t really gotten that far into her musical journey just yet. As far as we can tell she hasn’t put out any original music and it doesn’t look like she has anything planned for release in the near future. If she wins American Idol, she’ll get the chance to record an album.

6. She Is Looking For Love

One of the things that Erika shared prior to the performance is that she has recently gone through a break up. Apparently her boyfriend felt like she didn’t have enough motivation. Erika isn’t letting the split keep her down for long, however. She’s already interested in finding someone else and she joked that she’s hoping to find her soul mate on American Idol. Apparently, she just might have found that person in Ryan Seacrest.

7. Some Fans Are Skeptical About Her

Getting passed through to the Hollywood round was a great moment for Erika, but some of the viewers at home felt a little differently. Many people were surprised that she was given a Golden Ticket and felt like the judges passed on other singers who were more deserving. Hopefully Erika will be able to shut her doubters down by doing her best throughout the competition.

Being on a show like American Idol can be a very scary experience – especially when you’ve never done anything like it before. Erika can definitely relate to this feeling as American Idol is her first time being a competition show or being on a TV program of any sort.

9. She Isn’t Related To Katy Perry

Despite the fact that her last name is Perry and she sang one of Katy Perry’s songs, Erika is no relationship to the pop star and judge. Erika didn’t provide any additional details on her family so it’s unclear how close she is to them or whether or not she has any siblings.

10. There’s No Information On How Long She’s Been Performing

Some of the contestants on the show like to share their backstory with music to explain how important it is to them and share how long they’ve been involved. Erika didn’t provide any of those details so it’s unclear how long she has been singing, playing the guitar, and performing. Given the fact that she hasn’t released any music though, we can guess that she’s probably relatively new to the industry.