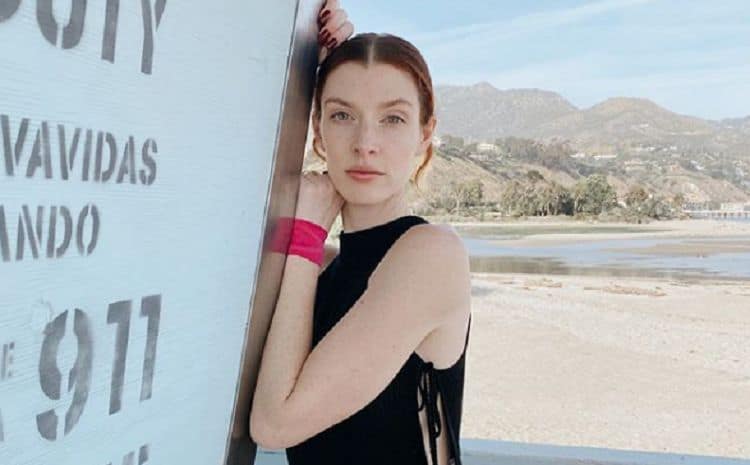 The world right now is a scary place. We don’t know what is happening among the COVID-19 pandemic. We know it will get worse before it gets better, but we have no earthly idea when better begins and when we can look forward to it. As we all sit at home, quarantined with our sweet families and away from our loved ones, we are canceling vacations and trips and plans and life in general. We all know our canceled plans are nothing compared to the death and destruction and the loss of jobs and businesses, but none of us are even thinking about the fact that there are sick people whose families are unable to visit them. Pregnant women whose husbands cannot come into the delivery room to be with them while they welcome their babies and couples forced to postpone their weddings. We get that not all of these things are national emergencies, but that doesn’t make it any easier for someone to process when it’s their new reality. Erin Gilfoy, social media star, was forced to cancel her wedding — the one she’s tirelessly worked on planning, has been looking forward to, and now has to give up. She’s hurting for her own losses, for the losses of those around her, and for so many, many reasons. With that said, we’d like to get to know more about her.

1. She’s Part of the Vlog Squad

She’s one of the many young women making her life dreams come true with her own vlog, and she’s doing a great job of it. She’s got so much to look forward to, and her business is thriving. She’s famous on YouTube, Instagram, and many other social platforms, and you probably recognize her face even if you don’t know her name.

She made the difficult decision to cancel her wedding in the midst of this global pandemic, and she’s sad. There will be those who say that she’s selfish or that she’s not really going through anything when there are so many other people in the world going through far worse problems. She knows that. She knows her cancelled wedding is nothing like what many people are facing as they are ill, facing death, losing their jobs and their income, and so many other things. But, you guys; she’s allowed to be sad that her wedding is cancelled. Okay? It’s okay. It’s her personal life crisis at the moment, and she can be sad for herself without ignoring the seriousness of what’s going on in the rest of the world. Let’s let her mourn, and let’s all be honest that we’d be pretty devastated if we had to cancel our own weddings, too.

On that note, while she’s crushed about the cancellation of her wedding, she’s also going to be all right. She knows that this is not the worst thing in the world — though it might feel like it in the moment — but she still has her fiancÃ© and she can still get married. She’s just thankful for her health and the health of her loved ones right now.

Did you know she has a clothing line? Well, she does. She and her vlog buddy, Carly Incontro, released their clothing line (CANDE) in August of 2019. It’s their initials, and they have their own style, which they describe as pretty girly but with a kind of street style edge.

5. She’s Most Famous for Vine

Is Vine still a thing? I honestly don’t know, but this is where she gained her fame. She’d tell some funny jokes, and she would get people to follow her in six seconds or less. Trust me when I tell you that I believe this was a hard thing to do since it’s not even that easy to come up with a hello in that amount of time.

6. She’s Close to Her Father

It’s especially hard to cancel your wedding when you’ve been engaged for a year and a half and the big day is finally here. She and her fiancÃ©, T.J. Patracca, got engaged in October 2018 and they have been planning their wedding ever since. They were so looking forward to being with their friends and family and exchanging their vows after all the planning, and that makes it so much harder.

You know that you know that if you know anything about her, but if you take a look at her social media account, it’s clear to see she’s so photogenic. She has that natural beauty that makes it look effortless for her. She’s got the features that are so classic but also so exotic and pretty. She’s the girl next door if the girl next door is like Gisele Bundchen.

One of the reasons she and her friend stand out so much when they post on their YouTube channel is their relatability. Unlike so many vloggers, they don’t go through the theatrics and the sheer craziness that gets people to watch their channels. In fact, they do a lot less than that. They simply do what they are meant to do and they are themselves. That’s what makes people like them.