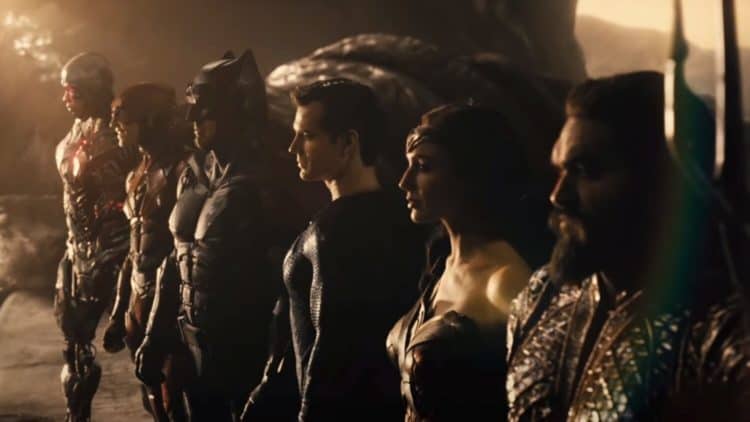 Does anyone remember when Easter eggs in movies weren’t so plentiful and weren’t really the highlight of the movie for so many? They’re kind of a service to the fans, but they’re also a service to the director’s own personal feelings and ego at times, though Snyder did pack a couple of moments in there that were tributes to his daughter, which was nice. But apart from that, trying to look for every possible Easter egg within a movie is something that some fans tend to do as a rule, not just by happenstance, and it’s difficult to understand why since if one notices these things then great, more power to them. But if they don’t, then it might mean that they were actually watching the movie. There are those that can watch the movie and find the numerous Easter eggs hidden throughout, but these are also the fans that know the entire DC history front to back, or at least enough of it to see the relevance, and can spot things the moment they happen and realize why they were put in, or at least make an educated guess. I’m still standing by the words I’ve said a few times: the Snyder Cut was a monumental waste of time and money since all Snyder really did was take Whedon’s theatrical cut and add a heap of material to it while snipping away certain portions so that what he added might actually fit. The end result was still something that felt slapped together to make a movie that no longer vibed with the movies that it was supposed to be connected to.

From Mera’s cockney accent to Cyborg’s added scenes, which weren’t terrible but were definitely long, the movie was more about stroking Snyder’s ego and giving fans something they’d continued to cry for since the theatrical version came out. And no, Mera’s accent did not make her sound more regal, it made her sound like she’d come straight from Whitechapel back in the days of Jack the Ripper, and Arthur’s extended scenes were kind of cool but didn’t really make a lot of sense considering that they didn’t have much to do with the movie. More and more the reports of this movie being that great give off the feeling of fans buying into their own expectations and not wanting to live up to the reality that while it wasn’t the worst movie ever made, the Snyder Cut is something that was plastered over the theatrical feature like a snug-fitting latex mask that’s meant to look like something real, or perhaps something like the masks that are used in Mission: Impossible, complete with the auditory fakeout to go with it.

For some folks, Easter eggs have become the whole point of a movie, and to be honest, to each their own and all that since there’s no reason to really drag anyone down for this. And people can enjoy the Snyder cut all they want since that too is something that they get to do. It’s simple to just not watch the movie if one has an issue with it, and at this point a lot of those that do are considered the oddballs since who in the world couldn’t LOVE the Snyder Cut, right? A lot of times Easter eggs are fairly easy to spot if a person is really looking and it doesn’t always take the type of knowledge that hardcore fans have to realize their significance. But in the Snyder Cut a person really has to know what’s going on in the DC universe and what has happened in the past to understand some of the hidden references since even if they’re made painfully obvious, a lot of people might not understand them in the least bit. But between the backstories, the fairly creepy way that some of the shots are filmed, the use of shadow that Snyder just can’t appear to get away from, and the constant use of slow motion, the Snyder Cut is a lot to take in, and it feels even longer thanks to some of the scenes that Snyder added that feel extraneous in a very big way. Seriously, the women staring after Aquaman while singing, and the fact that one of them smells his sweater, was a little tough to avoid laughing at, and the manner in which Barry looks at Iris and prolongs the moment might have been meant to be touching, but it comes off as awkward for the most part.

As far as the Easter eggs go, there are plenty of them, and a lot of them make sense, but there are a few Easter eggs and scenes that could have been left out without fail. Overall, the Snyder Cut is a long-winded mess that a lot of people feel is a masterpiece. But hey, to each their own.