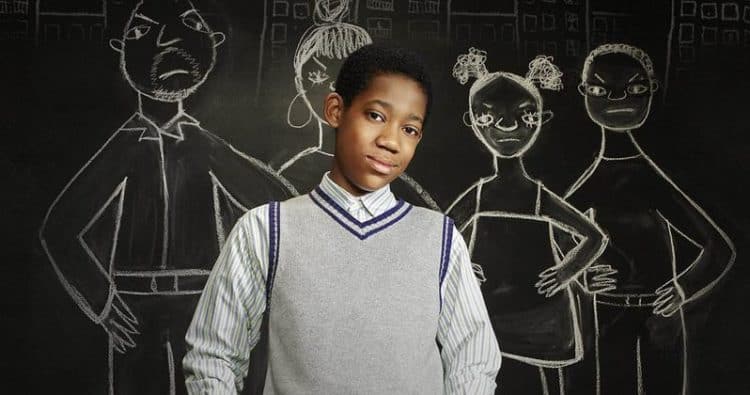 It’s been a while since we saw Everybody Hates Chris since the story did kind of catch up to the life events of the famous comedian Chris Rock, the person the story was all about. It was fun that Rock would share a part of his life with the audience since his stint in comedy has been such that he’s been forthcoming about a lot of the stuff that he’s gone through in his life and has managed to keep people laughing the entire time. It sounds as though Paramount+ is interested in bringing an animated version to light for people to see, but it’s not certain yet if the entire series will be rebooted or if it’s going to take on events and moments that go beyond the scope of the original show. After all, a lot of people have seen the show, but it could be that Paramount+ is hoping that the animated reboot will give a chance for the story to be shown in a way that’s not quite as limited as reality can be at times, which would mean that a more cartoonish lean might make the show a little more appealing to a lot of people given that animation does have a lot more freedom to it and can cross certain physical boundaries that might be kind of spendy when done in live-action.

What’s also uncertain is whether the original actors will be available to take on the voice roles of the characters once again, but it almost feels as though only two of them would be able to take on the same roles, and that would Julius, played by Terry Crews, and Rochelle, played by Tichina Arnold. The others might not have the same effect since they’re quite a bit older now and unless they can alter their voice to sound a bit younger it’s not likely that bringing them back is going to be a big possibility. It’s also not certain that the original actors could even come back at this time since it does sound as though the original cast members are all busy at the moment. Thinking that everyone could drop everything and rush to this project is a little presumptuous, but it does sound as though there is a desire to at least try and get a couple of the original actors. It would be nice to hear the same voices, but the reality is that everyone that was a part of the show has moved on, as the star of the show, Tyler James Williams, was on The Walking Dead for a while until his character was killed off, amidst a storm of shock from the fans. Since then he’s been keeping pretty busy, while the rest of the cast have been doing the same. Whether or not he would come back for this is kind of hard to say, but it almost feels as though it might happen simply because he’s the one that was asked about the idea.

So far it’s definitely in line to happen, but how it’s going to go is a big question mark since at this time nothing has been finalized. Once something does happen it’s easy to state that more talks will be happening concerning the show and we’ll probably get a better idea of what’s going on. Why the show is being brought back after so long and in animated form isn’t really easy to explain, but in the spirit of so many other programs and movies being brought back it’s something that people are simply willing to accept since fighting against it isn’t always the best way to go. One can call it nostalgia or even a hearkening back to better times when the world wasn’t so offended by everything, but if that’s the case then it’s a little confusing since Everybody Hates Chris wasn’t exactly as PC as people want things to be these days. Perhaps the animated version will be given a social upgrade, who knows? If it does go through such a filter though it’s likely that it won’t be quite as amusing as the show was when it first aired. There’s a pretty visible line between preaching/lecturing and simply entertaining while telling a good story with a lot of pertinent social cues that people will enjoy, and while some shows and movies are hitting the mark, others are missing the mark at times and finding that some people are willing to call them out for it. Everybody Hates Chris was never really a show that was bound to lecture people on society and the ills it suffered under and through for so long since it was a comedic show about a young man and the pressures he had to face growing up. Hopefully the animated version won’t deviate too much from this idea.