Home
Entertainment
Everything the Light Touches: Ranking the Movies of the Disney Renaissance 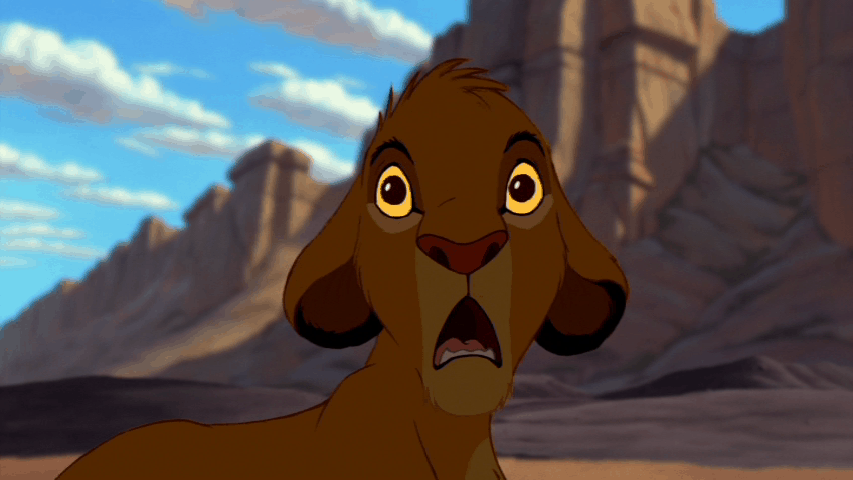 It should come as no surprise to hardcore Disney aficionados (or even the moviegoing layperson who near-inevitably has seen their fair share of Disney movies from the late-eighties through the late-nineties) that most of the movies from this current cycle of live-action Disney remakes seem to be coming from one particular stretch of time in the company’s otherwise expansive period as THE primary source of children’s entertainment.Â  Between already-released movies like Beauty and the Beast (2017), Aladdin (2019), The Lion King (2019) and upcoming ones like Mulan (2020) and The Little Mermaid (2021), it’s clear that those running the company today are most keenly interested on revisiting the movies of the so-called Disney Renaissance: a celebrated period of recapitulated critical and popular appeal for the Disney brand, during which many of its most iconic features were created.

I don’t think that it has anything to do with Nineties-nostalgia either, at least not primarily.Â  Yes, the 1980’s are a big go-to for modern pop-culture at the moment and the rumblings of a similar “90’s revival” are most certainly on the horizon, but it ultimately more has to do with profitability: what were Disney’s biggest hits, the movies the people would be willing to pay even more money to see a second time in live-action.Â  Aside from a few further-back classics that are similarly well-remembered, the answer squarely lands on the decade between 1989 and 1999.Â  And with so much already pulled from this time, what else will inevitably be on the remake docket in the years to come? 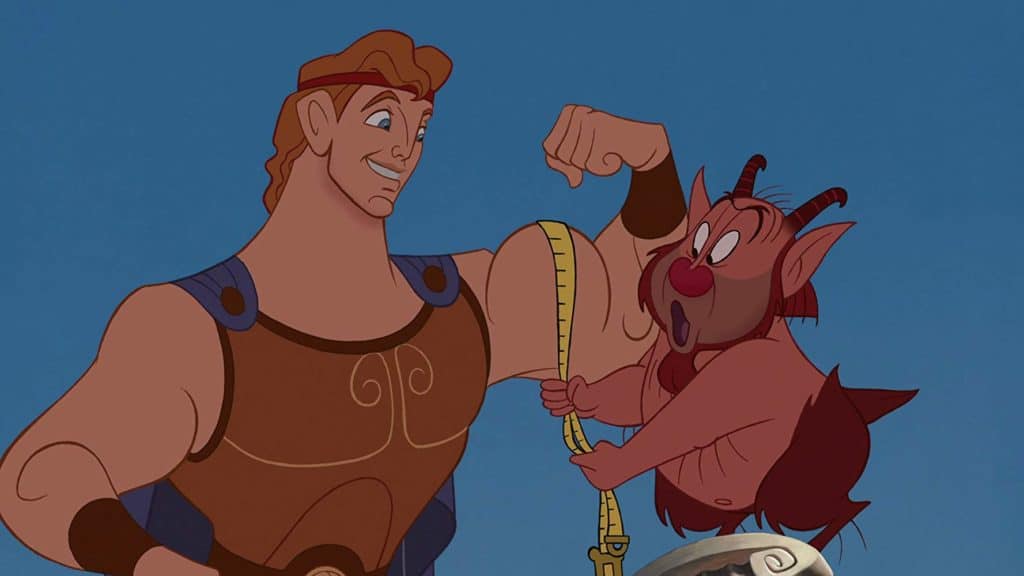 10 . Hercules (1997) — While I know that this movie definitely has its fans, I’ve never really been able to bring myself to care for it all that much.Â  It’s got exactly one memorable musical number in it, animation was pretty hit-and-miss, the second act relies way to heavily on montage and the story and characters never quite came together as perfectly as any other animated movie from this period.Â  Outside rivals had started to push Disney to add more referential humor that invariably landed flat and, like the much better Hunchback of Notre Dame, it couldn’t quite rectify its jarring tonal oscillations.Â  It’s still fun and funny and even, at times, charming, but is definitely the least classic of this otherwise pristine period. 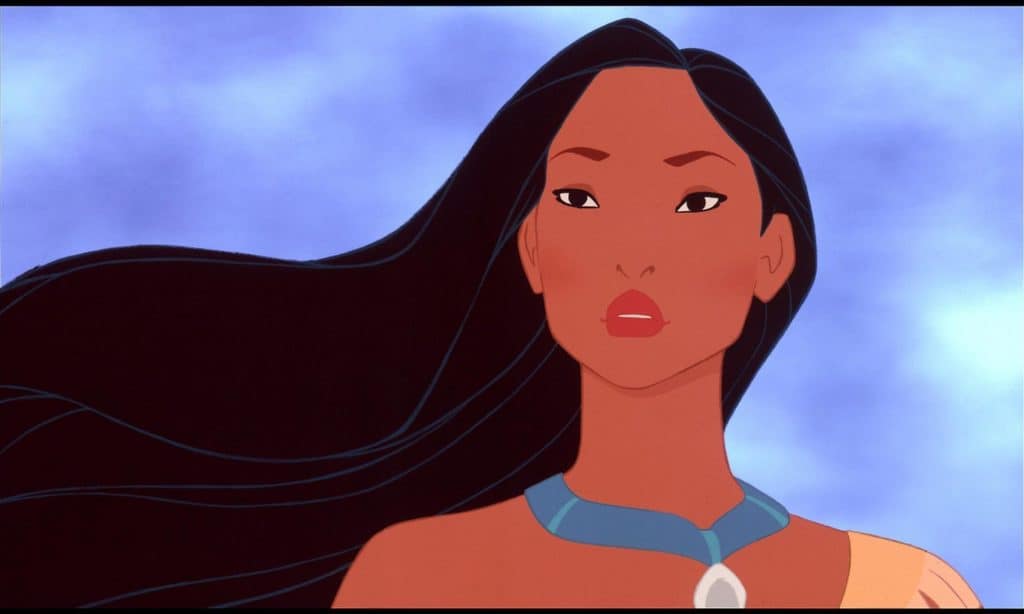 9 . Pocahontas (1995) — Let’s be clear about something right up front: Pocahontas hasn’t aged well at all in the two and one half decades since its initial release.Â  Its historical revisionism and very 90’s-centered conception of race and racism were nothing new to the movies of the Disney Renaissance, but they are blown up to catastrophic proportions in this New World-set reimagining of Romeo and Juliet.Â  The songs are great and the animation is crisp throughout (this was, after all, the studio’s ‘prestige’ picture, opposite the second-class production of The Lion King), but the story runs pretty flat and everything about it just feels off, especially when viewed with the benefit of hindsight.Â  Fun, but unfortunate. 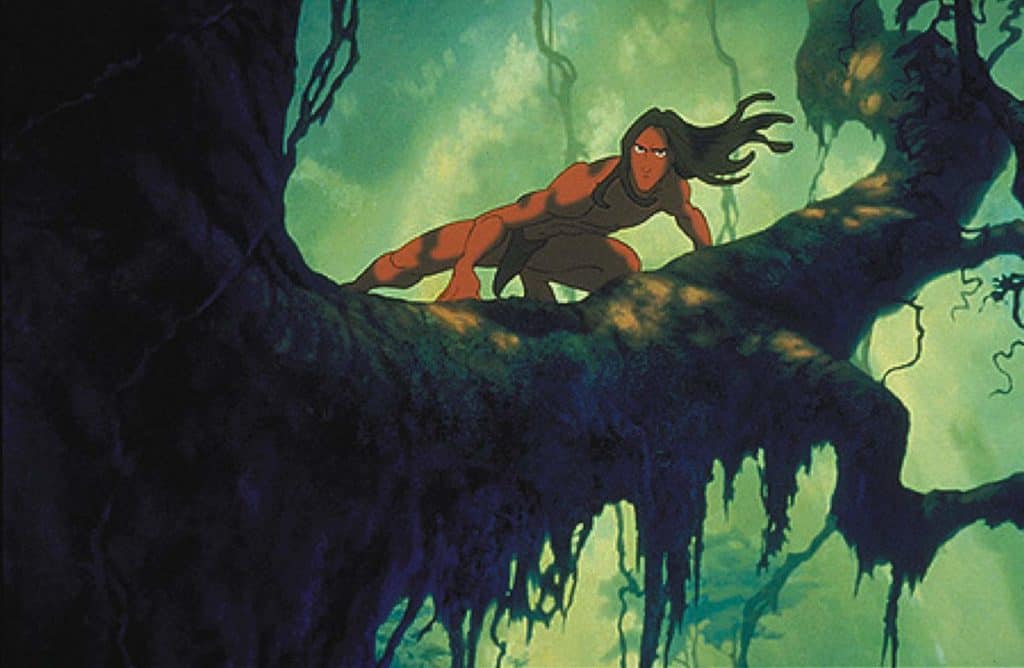 8 . Tarzan (1999) — By the time Tarzan was released, I was kind of aging out of Disney’s youthful demographic.Â  The movies for me were starting to blend together, the truly terrible ones were just on the horizon, and I was starting to discover a lot of great new movies that better fit my developing mindset.Â  As a result, I didn’t actually watch this shockingly handsome feature until I was well into my 20s, was out of school and was working my first real job.Â  And, truth be told, I was actually pretty sad that it had taken me this long to get into it, because the movie’s actually pretty wonderful.Â  Unlike Pocahontas, it actually manages to avoid some of the more glaringly problematic elements of the original stories it was adapting.Â  The lack of amazing music is made up for by its stunning parallax animation and it comes part and parcel with one of the grimmest villain deaths of the entire Disney canon. 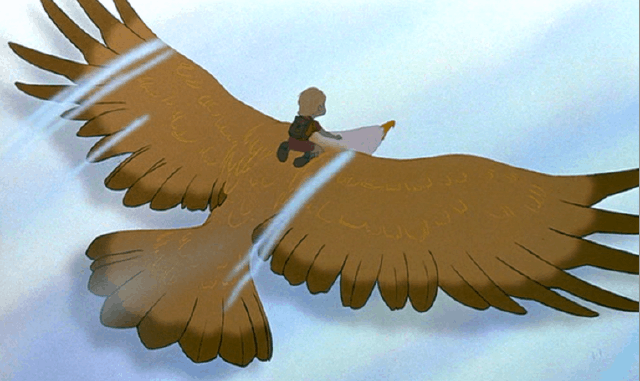 7 . The Rescuers Down Under (1990) — Ask anybody to name the major Disney movies of the 90s and chances are that they will leave out this one.Â  It’s makes sense to a certain degree — it came out really early in the cycle, was the only sequel of the bunch and was easily overshadowed by the runaway success of The Little Mermaid — but more’s the shame, because it actually is a rather stunning piece of work overall.Â  From its deft balance between broad slapstick comedy and tightly-plotting action, from its incredible feats of animation to its gripping story, it was a regular staple of my childhood and, on balance, one of my favorite movies growing up.Â  If you’ve somehow managed to overlook this movie over the last couple of decades (and don’t worry, you’re in very good company in that regard), make it a priority to give this movie a try.Â  You don’t even have to watch the non-starter of a first movie. 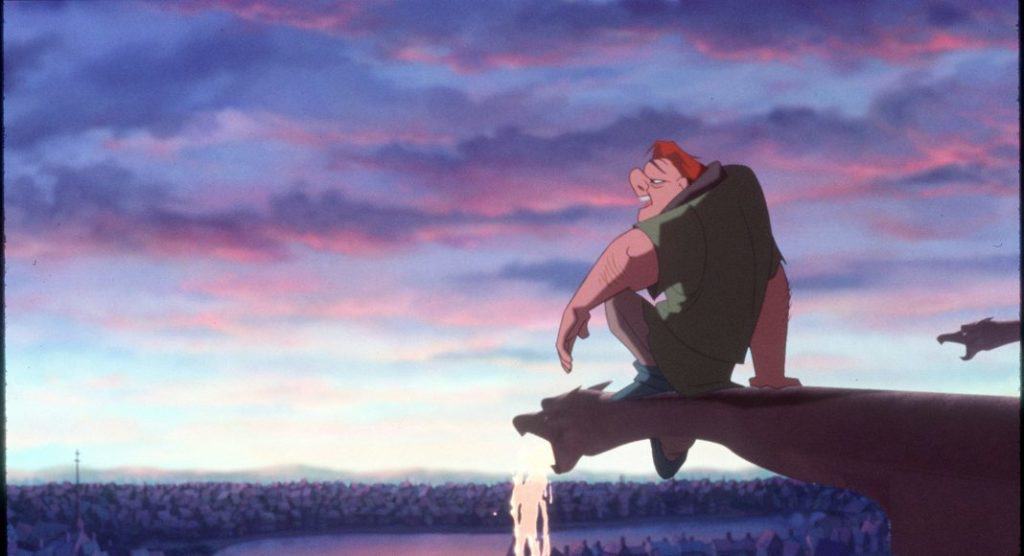 6 . The Hunchback of Notre Dame (1996) — I’ve always had a rather complicated relationship with this particular movie because I’ve always felt that it represented both the very best and very worst aspects of this entire class of Disney movies.Â  On the one hand, it has hands-down the best songs (and a solid claim for the best animation) of the entire Disney Renaissance.Â  On the other… well, there are the Gargoyles: a trio of oafish comedic relief that always drag down any scene in which they’re present.Â  The fan-theory that they’re just the loneliness-induced hallucinations of Quasimodo helps somewhat, but only so much.Â  Still, between God Help the Outcasts, Hellfire and The Bells of Notre Dame, who’s really going to argue rewatching this one for the umpteenth time? 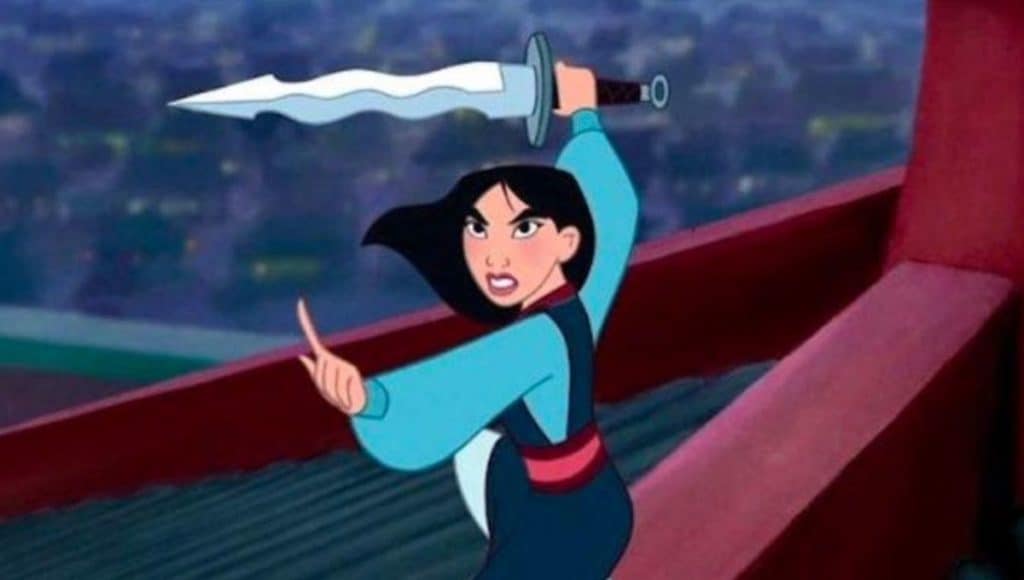 5 . Mulan (1998) — Late-stage Disney Renaissance movies all generally suffered from some degree of tonal whiplash: swinging wildly from either mature character drama or pulsating action-sequence to extraordinarily kid-targeted action sequence.Â  Scenes that in earlier movies had been allowed to play out in full were often truncated, toned-down or lessened by a bit of lively humor intended to keep the proceedings moving along happily and at a decent clip.Â  Mulan suffers from this as well, to be sure, but what it does well is done so over-the-top incredibly that it makes up for its previous dips in quality.Â  From its training sequences to its battle scenes, from the burnt-out village to Mulan’s dynamic character arc, it features some of the best individual moments of this entire decade’s animated features.Â  The movie on a whole might only average out to being okay, but its peaks in quality are more than worth enduring the subsequent valleys. 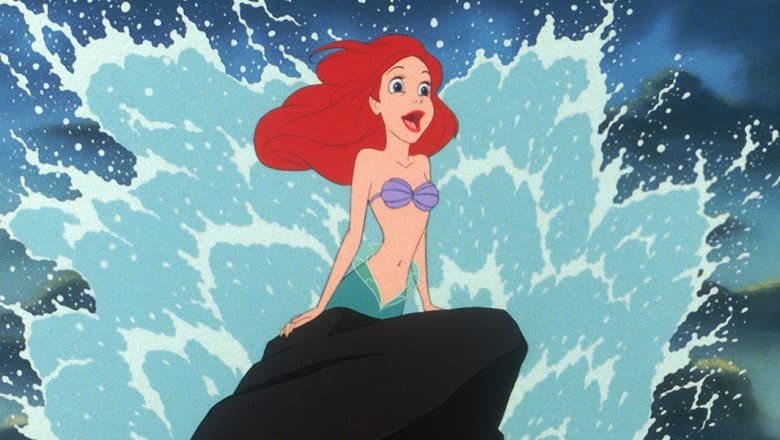 4 . The Little Mermaid (1989) — Looking back on it, it’s hard to argue that the movie that kicked off this whole cycle wasn’t one of the best to be made during it.Â  Gorgeously animated, beautifully scored and comparatively less problematic than other children’s entertainment at the time (although the question of Ariel’s age has always tripped me up), it rewrites the classic fairy tale in the Disney-branded style and has the most fun with its story than I think any of Disney’s subsequent films.

3 . Aladdin (1992) — More so than any of the other Renaissance-era Disney films, Aladdin was the perfect marriage of talent to project.Â  No matter what other good qualities it has to boast, the heart and soul of this movie was always with Robin Williams’ Genie character.Â  Fun, funny, apocryphal and anarchic, his performance plays out as an extended stand-up set for Williams, and paired with Disney’s top shelf animators, created a film that transcended its humbler intentions. 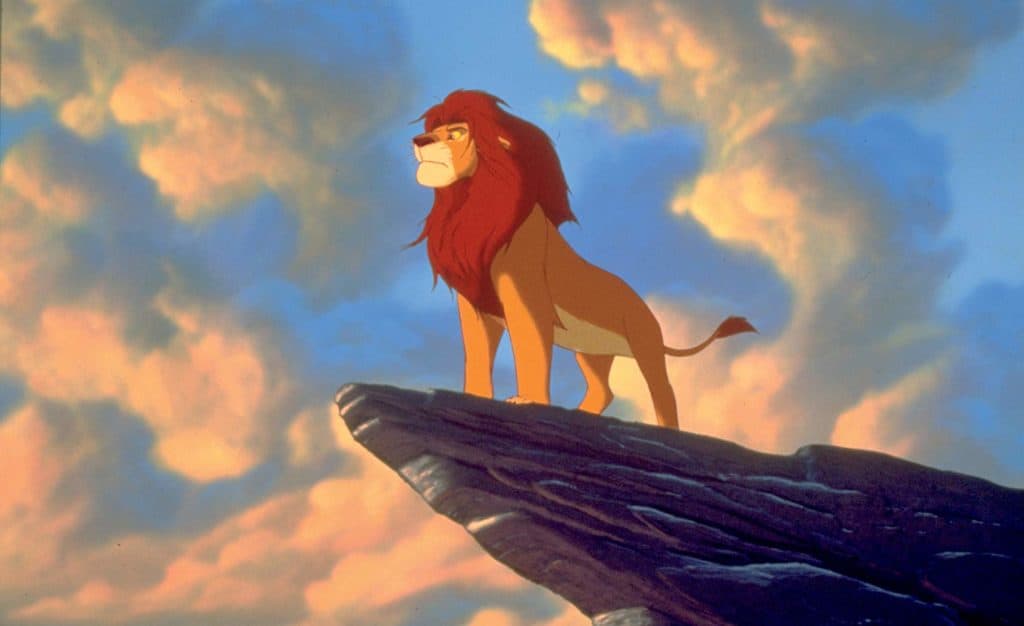 2 . The Lion King (1994) — It was always going to be a tough call for what movie took the number one spot hear, as either this or the film that ultimately bested it are such all-time classics that anything less than first place seems like an insult for either.Â  But, something obviously had to come in second and, unfortunately, that something ended up being The Lion King.Â  Being a reworking of Shakespeare’s masterwork Hamlet, this movie had considerably more to work with than the other Disney features of the day, and the way that it managed to adapt that rather densely-packed story — to find what was essential to it, what could be trimmed away, what could be reworked and what should remain untouched — is nothing short of a master class in stage-to-screen adaptation.Â  The overall solid voice cast was elevated by the singular performance of James Earl Jones as Mufasa and its abstract-tilting musical numbers gave it a kind of vibrancy and energy that even the other Renaissance classics couldn’t come close to. 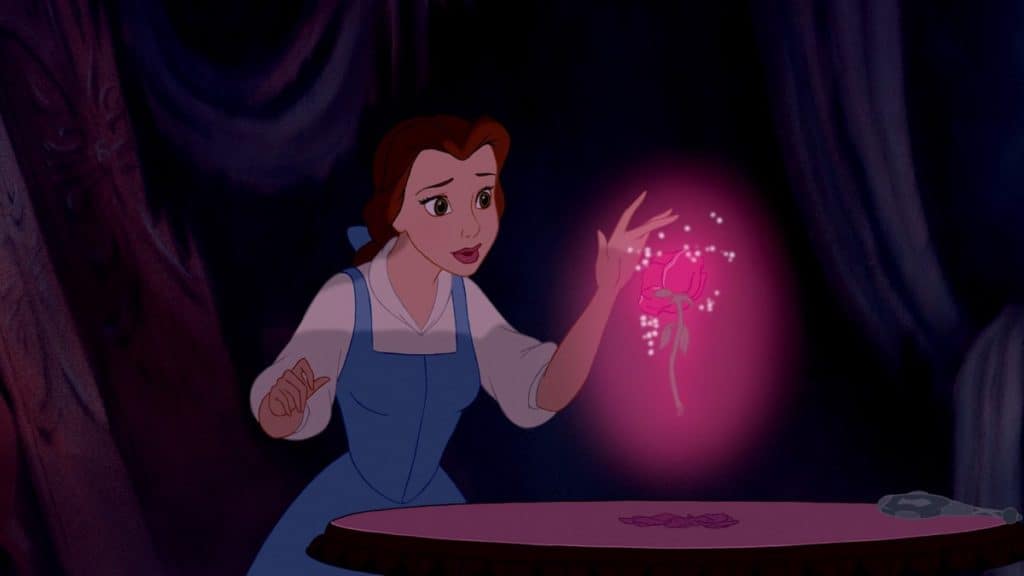 1 . Beauty and the Beast (1991) — When all was said and done, I honestly couldn’t call Beauty and the Beast anything less than the best of its era in animation.Â  Its revolutionary combination of hand-drawn and computer animation set the stage for more the more technically ambitious Pixar movies that started later in the decade.Â  Its rather robust story proved potent enough to overcome the Oscars’ bias against animation, making it the first-ever animated Best Picture nominee at that year’s Academy Awards (and, by extension, the very reason why the Best Animated Picture Oscar exists at all).Â  The Beast is an all-time classic creature design, proving beyond the shadow of a doubt that animation’s greatest strength is how it is able to convincingly realize things that simply don’t work in live-action.Â  And I would, of course, be remiss by not mentioning The Mob Song, which is perhaps my all-time favorite Disney musical number.