Home
TV News
Everything We Know about Accel World Season 2 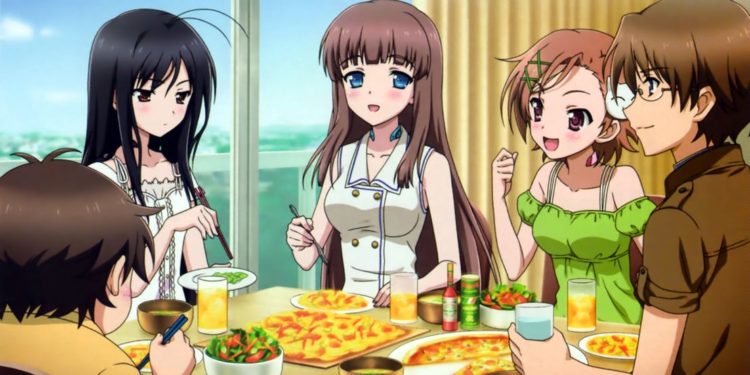 In a few ways Accel World sounds like a precursor to Ready Player One since the bulk of the action takes place in a virtual world where contestants fight one another to gain more prestige and a chance to move forward with their characters. For one of the main character’s it’s a way to enjoy himself away from those that might judge and ridicule him. But since the first season ended back in 2012 fans have been wondering if the second season would ever come along. The story is based on a series by Reki Kawahara and is set in the year 2046. The main character, Haruyuku, is the aforementioned boy that escapes into the virtual world to find ways to enjoy himself and comes upon a game called Brain Burst, which in a way allows users to augment their brainwaves. It sounds pretty out there at this point but when you factor in the idea that anime really doesn’t have a lot of limits at times it sounds like par for the course.

By the end of the first season the show had only covered the first few volumes of the series, which has continued onward. This has fans wondering aloud if the second season is going to be forthcoming soon and when such a thing will happen. The first season did fairly well it seems but season 2 still hasn’t been confirmed according to Padraig Cotter from ScreenRant. It was thought that another season might be seen in 2014 but at the time the studio responsible for the show was simply too busy with a slew of other projects and the idea was forgotten after a while as people stopped talking about it.

After all this time it kind of seems as though the second season might be kind of a pipe dream that won’t happen, but some fans are still hopeful that it will be picked up and continued. So far there have been video games and spinoffs so it’s not as though the fans have been let down entirely. If there was a second season to come out however you can imagine that the fans would go wild and would be counting down the days until one of their favorite series returned. The hope is that it would cover the rest of the series and push the main characters forward in their quest to meet the creator of the game. The movie that came out wasn’t exactly something that kept the fans happy or even mildly satisfied since it didn’t seem to cover enough for them to feel anything but irritated with how it was handled. At this point the studio is still pretty busy so it doesn’t seem entirely likely that the show will return, but if it did it’s not going to be making it back for 2019. The number of projects and the amount of work that the studio is currently engaged in just wouldn’t allow it and the idea that enough people would line up to see the series isn’t in question, it’s whether or not it could really be executed in a manner that people would pay attention to.

One thing that any fan might want to think about is that a season 2 would be a brief respite from pining for the show to come back, since it would seem likely that a second season would finish up to the end of the series and be done with it. So there’s a hard choice to make for fans and for the studio since the series has already ended apparently and would meet its terminus eventually if a second season was to be created. That’s a tough pill to swallow really since it means that welcoming it back would be a short-lived bout of happiness that would be intruded upon by a long and unending bout of wondering just what else could have been possible in the series if it had been handled a different way. This is unfortunately the downfall of many stories since the moment that they start reaching their end is when a lot of people seem to want them to come back or stay as they are. This time around it seems that a lot of people would love to see a second season make an appearance, but it also seem as though they don’t fully understand what it would mean.

The spinoffs are all well and good to be honest and the fact that a person can revisit any episode they want if they have the means is even better. But wishing for something that speeds up the ending of your favorite show seems kind of silly, but at the same time it’s very obvious that a lot of fans would gladly ride this show out to the end and be far more satisfied that a season 2 was released at all.