Home
Video Games
Everything We Know about Google Stadia So Far 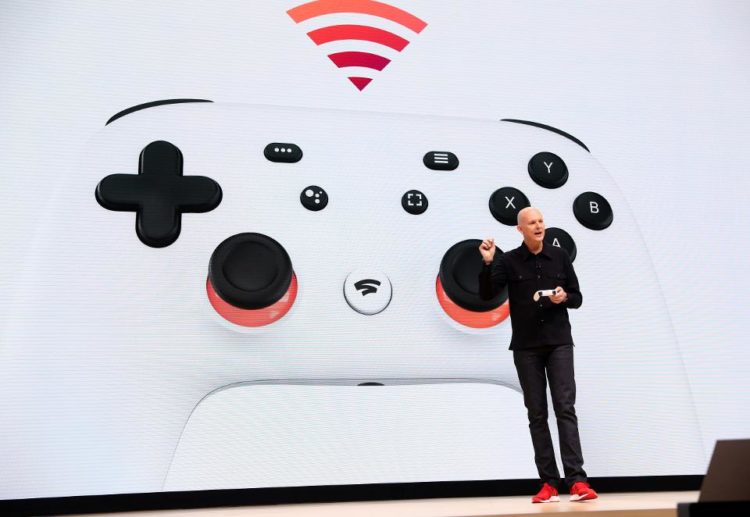 The announcement that Google Stadia is scheduled to be released sometime in 2019 has resulted in far more questions than answers. One of the major reasons for this is that there were no meaningful details about the upcoming gaming service given to the public. There is a good amount of speculation on how Google Stadia will impact the gaming industry, but there will be more on that in a separate article.

To begin with, the name of the service, Stadia, actually gives us some information on how the service will function. Unless Google just splashed together a bunch of letters and came up with Stadia, there is a meaning behind the madness. Stadia is the plural of “stadium” which is where ancient Roman entertainment was publicly held. So Google’s intention is to have many people playing in a number of different stadiums, all connected from millions of gamers from around the world.

One thing we do know is that Google says the minimum bandwidth speed required to use the service is 25 megabits per second. This is well within reach of most Internet connected people, and easily available for the dedicated gamers. There is about 8 percent of the people in the United States, particularly those in rural areas, who have no Internet service at all. Whether Google considers this to be a major obstacle or whether they are focusing in on the larger cities has not been revealed, but it is safe to say Google wants to be a part of everyone’s home computing environment.

Another thing we know is that the game play connection will not be the traditional computer to app or controller. Google says it is more of a direct connection model along the lines of a Wi-Fi connection. This will definitely be a game changer and should vastly increase the speed of Stadia game play even for those with minimal bandwidth connections. If the announced model comes to fruition, it indeed will be a number of stadiums, with each game being played in a separate “stadium” online with their opponent or opponents. It’s much faster to connect to 5 people or 1 than fight for server time with 100 or 1,000 players.

Pricing has yet to be announced, but Google does have a history of keeping things on the lower end of the price scale. There is no reason to expect this will change with Stadia, especially if their goal is to be the first to provide the vast majority of gamers with a way to play faster with their favorite games.

Speaking of history, critics are cautioning people about getting too excited with the upcoming offering. Google has ventured into the social media arena with Google+, which has recently been admitted to be Google as a failed experiment. Before that there was the privacy invading Google Glass. Expecting Stadia to blow away the competition from Xbox and Playstation is quite a tall order, and perhaps one of the reasons Google is largely keeping tight lipped about Stadia.

For players, the game controller is a key component of game play satisfaction, and the Stadia controller leaves a bit to be desired according to some folks. There has been no hands on testing available, but current opinions from people in the know is that it is considered to either be the perfect marriage of the Xbox and Playstation controllers or a design-flaws monstrosity that users will learn to hate. Of course, the ultimate test — actually using the controller — has yet to be done on a broad scale so the jury remains out on this aspect of the gaming experience.

Now that Xbox and Playstation have entered into the discussion, we know that on the Stadia server end Google said it will exceed the speed of Xbox and Playstation servers combined. The announced processing speed per GPU can get as high as 10.7 teraflops. This is compared to the 4.7 teraflops speed Xbox gamers currently play on. (For those unfamiliar with a teraflop, a single teraflop processes 1 trillion floating point operations per second.) So if any lag shows up it will likely not be on the server end.

There is an aspect of Stadia with its improved gaming speeds and lower bandwidth connection speed requirements — the Internet Service Providers. Should Stadia be successful and their usage vastly increase, the question of whether ISPs can keep up with such growing demand or whether that demand will result in increased prices for consumers does not seem to have been addressed. The gaming industry worldwide continues to grow at a fantastic pace, and shows no signs of slowing down. There is much yet to be revealed about Stadia, both for 2019 and its potential impact on the future.