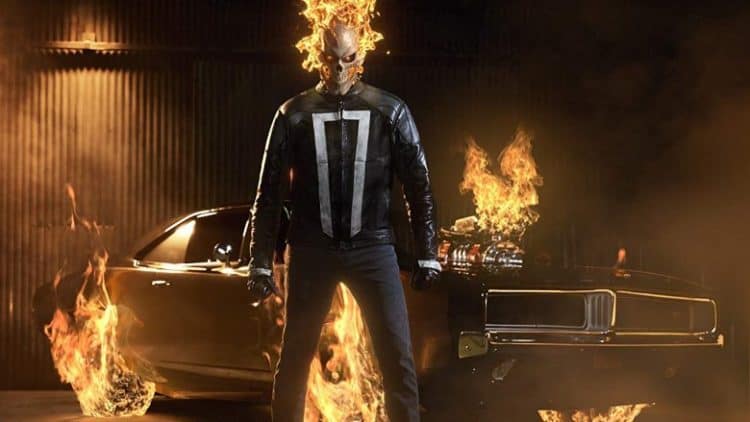 Joe Otterson from Variety has been keeping us clued in to the fact that Ghost Rider on Hulu is actually going to be its own entity rather than a continuation of what was done on Agents of S.H.I.E.L.D. While this might not sit well with some fans it does give the Rider a lot of freedom to be developed as his own character rather than another part of a different show. For some fans though, the Ghost Rider is a Marvel character that has either been mishandled, changed, or somehow bungled throughout his history since being made into a working character on screen.

This time around it seems that those who share a view with Jason from Hiptoro will be watching for Gabriel Luna to take up the role of the Ghost Rider as he’s already done for Marvel. The funny thing about this is that instead of making a pact with Mephisto this time for the powers of the Ghost Rider, which in Johnny Blaze’s time turned out to be a bargain that made him an indentured servant, the car that the main character rolls around in is possessed and the spirit takes over its human driver instead. That’s definitely a switch and leaves him beholden to no one, which kind of takes away something from the Rider of old and gives the character a new twist that some people might like and others might have something to say about.

If anyone remembers the story of the rider asit it’s changed a few times over his history, it’s that he was a bounty hunter, a demon in service to the devil of Marvel comics, and yet was remade as a fallen angel that became the spirit of vengeance in the second movie with Nicolas Cage. The Rider’s story has been written, changed, ripped up and redone again and again throughout history with a lot of different villains that have come and gone and barely ever registered with the fans. In terms of how he coordinates with other heroes, he’s more of a loner and has almost always done his own thing, but has shared enemies with a few heroes.

It’s kind of funny, just as a side note, to think that he wasn’t really part of the Infinity Gauntlet or Infinity War formats since he is a popular character that could have done a bit of good if thrown into the mix. But in terms of the movie it would seem that the rights to the character might have been a bigger issue, since quite honestly if you put him up against a host of other Marvel heroes it’s fair to say that he would come out on top. The Marvel comics version at least is what a lot of people think would have the edge against a lot of people in the MCU since he doesn’t seem to have the limitations or the patience for a lot of people that stand in his way.

In the show to come it’s going to be interesting to see if they let Robbie take the lead or if the Rider is going to be something so insanely powerful that few others can stand before him without getting wasted. At this point we don’t have a release date yet for the show but a lot of people are already excited and willing to wait since his appearance on Agents of S.H.I.E.L.D. has been enlightening and fun to watch so far. How he’ll do on his own is something that has yet to be seen but is already being theorized as something that might be fun to watch and possibly very telling should he do well and even inspire others to make a full-length movie about him again. It could happen after all, but this time it would have to be handled in a way that wouldn’t allow for Nic Cage to get involved and would possibly keep the old school of the Rider and the newer aspects in line with one another. A lot of people were kind of disappointed that the Rider didn’t get to face a more substantial opponent than Blackheart and his fellow demons, and the appearance of Sam Elliott was, as always, a lot of fun but not entirely needed.

This time around it would seem that the Ghost Rider is going to get the kind of treatment he deserves since his TV presence has already been stronger than his movie presence and is being lauded as a bright spot in Marvel’s continued TV ambitions. Hopefully he’ll be able to continue to develop and possibly add in a few more key villains and allies along the way and even impress the right people so that he might take his place in the MCU if he’s called up.