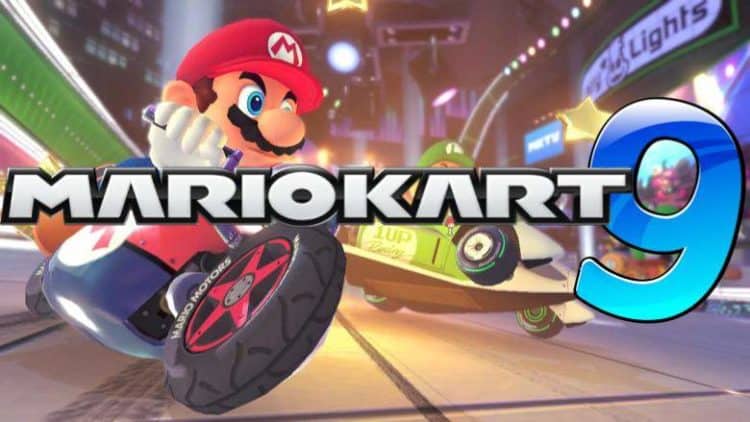 Thanks to Sam Stone of CBR and several others we know at least a little bit about the upcoming Mario Kart 9 and there are a few tidbits that might be interesting for gamers and those that have passing interest alike. From the settings to the characters to the release dates there’s a decent amount of information available at this time but as a lot of us know by now a lot of things can change in the amount of time it takes to unveil a new game. Thankfully things seem to be progressing nicely and there doesn’t seem to be much reason to think that Nintendo would delay this game from coming out during the end of this year or possibly the beginning of next year depending on the final decision. One thing that’s for sure is that gamers will likely wait if they have to and swarm to the nearest store whenever possible to get the newest game since quite honestly Mario is still one of the hottest titles around when it comes to Nintendo.

As Rhys Pugatschew from heavy explains it the game was supposed to originally launch with the Nintendo Switch but obviously that didn’t happen since they re-launched Mario Kart 8 instead. Obviously this upset a lot of gamers but it would seem that the game just wasn’t ready yet and needed a little more time for development. So far it sounds as though the game is ready to roll and should be coming out in the months ahead and what the fans can expect is another title that will blow them away since the idea that it will stay the same but feature several differences is more than likely.

The motion controls, the tracks, and the characters will likely stay the same with a few additions and enough new material to make it interesting and keep the gamers on their toes. There’s a good chance that the online store will also feature new items that can be purchased and that there will be plenty to peruse that might be interesting for each avid fan. Mario is one of those mainstays of Nintendo that has been something that a lot of people look forward to seeing when they buy their first system, much as it was when a lot of us were younger. Plus, the addition of characters like Link and even Pac-Man to this game as actual racers that can be played is even better since it offers the kind of variety and loyalty to the Nintendo system that people tend to like and really get into. There’s something about adding vintage characters to a game that makes it that much more enjoyable and a lot of older gamers do appreciate it since it takes them back to the days when they were first starting out on the Nintendo. Those days are long gone obviously but the Switch has made up for it by bringing in new and more exciting times as more and more new material is created and the boundaries of Mario and the world he inhabits continue to push outward with every game.

Anyone remember the original Mario Kart anymore? It wasn’t nearly as quick as this and it was a lot blockier thanks to the technology of the time. But if any of you recall what it was really like then you can probably remember that back in the day it was a lot of fun. It might seem a bit sacrilegious to some gamers but the mere idea of Mario Kart 9 has them all blown out of the water since the possibilities seem endless, as the fans agree. By taking so much from the previous games and building on it the designers are creating something that could very well come to a crashing halt if it starts to overwhelm gamers, or could open the door to a completely new experience as technology continues to soar upward and build upon itself as it improves on a daily basis.

The switch has definitely revolutionized the way people look at Nintendo, especially with the fact that it’s easy to carry around and can be taken pretty much anywhere. Just think, back in the day we had monochrome gameboys and later on handheld Sega Genesis games. It’s hard to even imagine what might come after the Switch, though there’s not a lot of doubt that something will be coming in our lifetime since technology seems to be speeding up each year without taking a breather to consider just which path might be the best. Some of us might feel a bit old now that we can remember Smash Bros. in the arcade, but once you put your hands on a Switch and start playing it’s hard not to have fun. Mario Kart 9 definitely sounds like it could be a blast.