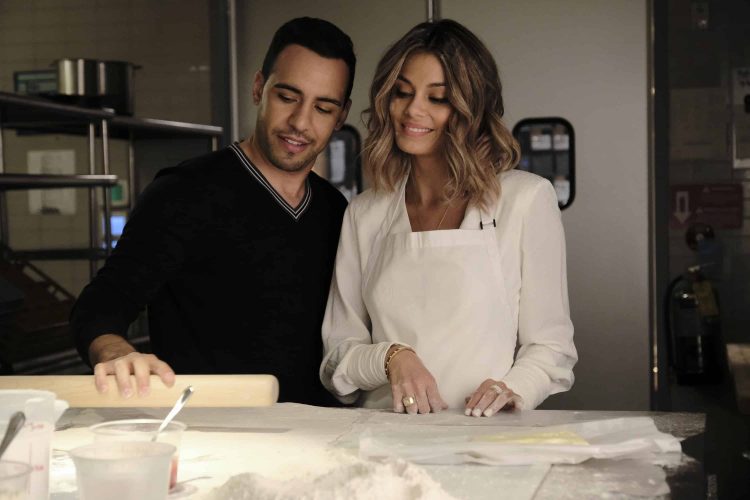 Steve Dove of ABC wants to help introduce a show that is likely going to be yet another love/drama story in the ABC stable, of which there are plenty. The Baker and the Beauty is of course a play on words concerning the age-old story of Beauty and the Beast, though with its own little twist. The superstar that takes an interest in the baker is the one that has the abundant life, while he is hard-working and industrious, much as Belle was in the story. It’s not a direct link but it does have enough similarity to it that one could draw such a conclusion. The series was adopted as one of those that’s bound to hit people in the feels and give them a fantasy that they fully enjoy and want to watch for the reason of escaping into a world that might not be entirely possible but is still enjoyable to the senses.

Nellie Andreeva thankfully reminds us that this show was taken from an Israeli format and has been tweaked just enough for an American audience to enjoy, meaning that it’s going to have a lot more drama with some comedy thrown in here and there to lighten the mood. This seems to be the common staple of a lot of favorite shows that people want to see continue on TV since quite honestly we watch to make sure that there is a world beyond our own that makes sense and can be taken through one step after another until a favored conclusion is found that leaves the story in a good place.

The gist of the show is that the baker in question is doing everything that his family expects of him and is following their guidelines for his life. This is something that a lot of people can attest to in this country as they try to stay on the straight and narrow and do as they’re bid by their family so that they can have a future. But all it usually takes is one wild night of doing whatever they want to introduce them to a wider world that they never knew existed. It’s at that point, as Joe Otterson of Variety points out, that his life changes dramatically as he meets the beautiful superstar that will change his world. Being thrust into the spotlight seems like it might be the last thing that a person trying to keep their head down and work to provide a future for themselves might want, but it would seem that the story might go through the further development of the baker in question and explore just what he begins to see and want as he finally takes notice of the world he might be missing while trying to appease his family.

Honestly this is kind of formulaic in nature when it comes to such shows and it should be kind of predictable what might happen. Even if the predictions don’t come true there’s still a great deal of expectation with such stories that they will have a happy ending and that the characters will learn a little more about themselves and each other in order to click. The tragedy that might come and sometimes does throughout the course of such stories is often temporary, or if permanent within the story serves as a life lesson that will strengthen the characters and keep them moving forward in a way that is both inspirational and influential to others. Tales such as this are meant to be fantasies in a big way, but in other ways they’re meant to be something that one can’t help but see as a positive message to the audience that the things they believe in and the things they want to believe in are real, but take a great deal of work to attain. There are plenty of lessons in shows such as these and it takes only a moment to look past the pleasing fantasy to find them.

Quite honestly there are only so many stories in the history of mankind and thousands of ways, if not millions or more, to tell them. This is one of those tales that has been told so many times that people can see at least ten steps into the show and see what’s coming. This isn’t a bad thing really, but it does seem to be quite telling when the whole premise of the show is about falling in love. When the two that are falling for each other come from very different worlds and have opposing lifestyles however it seeks to prove that opposites can in fact attract and make something work between them despite the efforts of those around them to make them recognize their differences. It’s a tale that’s quite old and still insanely popular.