Home
TV News
Everything We Know about Power Season 6 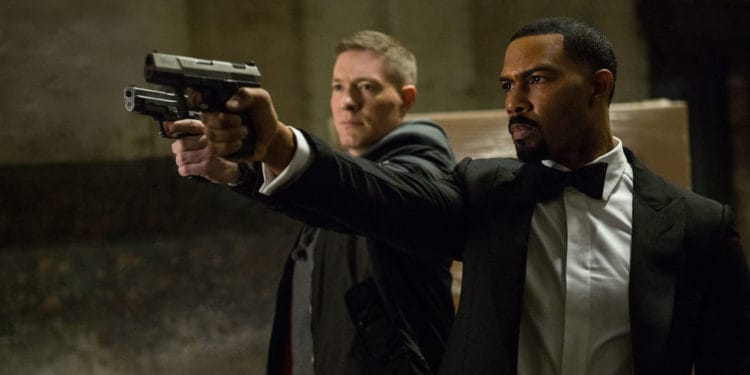 Power is a show that details the life of a nightclub owner called Ghost, whose real name is James St. Patrick. The character is played by Omari Hardwick. In the plot, he’s a well-known and very high-level drug dealer, yet he’s trying very hard to get out of that lifestyle. Clearly, this is going to cause more than its fair share of problems because there are people in the business that aren’t going to allow someone at that level to simply walk away. So far, the show has had five seasons and it left its season five finale in a big cliffhanger. If you’re anxious for season six, here are a few things that you might want to know.

There are a few spoilers here, or at least near-spoilers, so if you don’t want to know anything about season six until you see it for yourself, this is the point where you might want to stop reading. That being said, you might be the type of person who just can’t wait and you need to know these things. If that’s the case, you might be happy to know that there aren’t any major cast changes planned for season six, despite the way the previous season ended. Of course, there’s no guarantee that all of the characters will be up walking around, either. This is something that showrunners are keeping a tight lid on, so the only way you can know for sure is to tune in and see it for yourself.

Speaking of seeing things for yourself, most people have been wondering when they will get to see the new season. If you’re already a dedicated fan of the show, then you might remember that they tend to film this particular series fairly late in the year, usually in the fall. That leads to a later release date, one that definitely won’t occur before sometime next year. As a matter of fact, you shouldn’t even expect to see any type of trailer for the show before the holidays. As for the premiere of season six itself, it can happen anytime between March or early summer of next year, depending on when the powers-that-be decide to start airing it.

As previously mentioned, showrunners aren’t saying a lot. That means there’s not a great deal that’s known about the plot, either. However, there are some loose ends from season five that will have to be tied up and that alone promises to be enough to make you want to tune in. For starters, you’re dealing with the friendship between Tommy and Ghost and this season, it’s probably going to be more of a lack of friendship. If you look at all the previous things that happened between these two, that’s a friendship that was already teetering on the brink. After the season five finale, when Tommy shot Ghost’s love interest in a failed attempt to shoot him, there doesn’t seem to be much to salvage. It will be interesting to see where writers take this, because you can almost bet that a confrontation of epic proportions is on the way.

As if that weren’t enough, there’s also been a lot of talk about Ghost’s son, Tariq. Apparently, he doesn’t share in his dad’s vision of wanting to get out of the family business, so to speak. At this point, Tariq is old enough to make some serious waves if that’s what he decides to do and it looks like that’s exactly what’s coming. He doesn’t agree with Ghost’s attempts to go straight and as it turns out, it looks like he’s been very busy working on some projects of his own. It will be quite interesting to see how the relationship between Ghost and his son evolves and what happens between father and son when they have two very different ideas of what should be happening in each other’s lives. In addition, Tariq really does enjoy the power that comes with being at this level in the drug world. He’s got an equal amount of rage over the fact that the way he sees it, his father is trying to destroy all of that. He has no intentions of becoming a nobody when he has the opportunity to become someone who is revered and feared in equal portions.