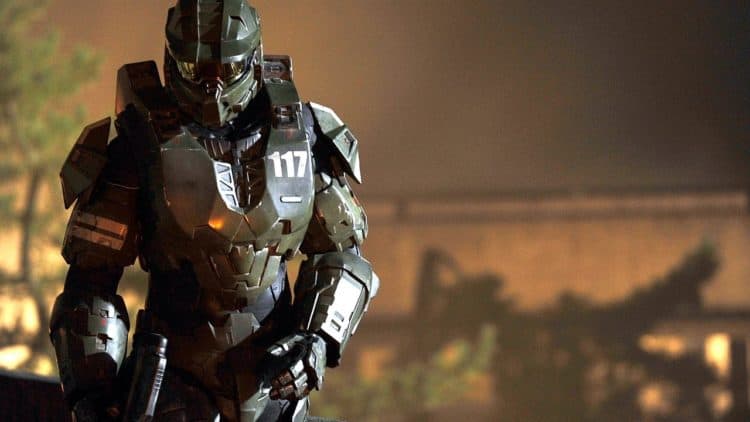 What we do know about Showtime’s upcoming Halo premier is little so far but there are a few details that stand out since thanks to Michael McWhertor of Polgyon, among others, we know that Pablo Schreiber will be taking on the role of Master Chief, the main protagonist of the games and the one character that a lot of people were expecting to see of course. Master Chief is after all the head individual that runs the story for the most part, so his casting was going to be the most important out of anyone. Pablo you might recognize from other shows and movies such as Orange Is The New Black, Den of Thieves, and even from Law & Order: SVU. He’s been around for a while and been nominated for several awards in his time and usually has been seen to be the heel in many stories. This time around he’s taking the lead as the good guy and will be one of the most no-nonsense characters that many people have ever seen.

So far as we’re hearing from sources like Omri Petitte from PC Gamer is that the 9-episode series is going to be held pretty close to the games in terms of what’s there to be seen and what the experience is going to be like. Of course you’re going to have the Spartans and some of the most crucial elements from the game since quite honestly leaving them out would no doubt cause this endeavor to sink like a stone. But do be on the lookout for new characters as it seems that the show might toss a couple of them in there just to fill in or otherwise create a greater level of interest that will keep fans on their toes and even create new story lines that could intersect with those already in place. Each episode is going to be an hour long so it would seem that there’s a lot of time to build up some interest and create a firm level of intrigue about the show that might appeal to a lot of fans. Of course given how long it takes to play Halo there’s always going to be some dissent considering that some folks want to see absolutely everything and anything that is there to be offered, but it feels safe to say that the showrunners might stick to core concepts and some of the more basic and interesting ideas that people are bound to respond to.

After all if you really look at it this way video games are like books in a way when they get translated to movies or TV. There’s a lot to take in and there’s a lot of detail and information that might get left out as a result. What one person might see as vital or at least interesting enough to keep in the story might be deemed as disposable and expendable by a director that doesn’t see a need for it. So far as Tony Maglio of The Wrap seems to tell us the show will be loosely based on the game, though this could mean that it will follow most of the original tenets and find a way to stay within the realm of scientific realism while incorporating the best parts of the fictional story. This is one of the things that fans are going to have to anticipate since taking everything straight from the game isn’t always possible and there are bound to be a few changes here and there made for expedience, cost, and even just for overall realism. Yes, it’s kind of silly to talk about realism in a fictional show, but fans tend to care about it one way or another and it does make or break a show when it comes down to how the material is presented. So far it sounds as though Halo might be something that fans will care about and find entertaining since it heralds the arrival of another favorite story coming to the small screen in a way that seems poised to create another level of interest that could even increase game sales if the story is told right.

If you’ve never played Halo before or read the books then you might want to brush up before it gets here simply because like many stories you’d quickly be lost and struggling to catch up throughout the episodes. If they do manage to explain everything however in ways that are easily understood it could be that people will find an interest they never knew about and could find their way towards playing the game. Right now it seems fair to say that Halo is going to be one of those shows that is anticipated but with baited breath since it’s always interesting to see just how the game translates onto the screen.